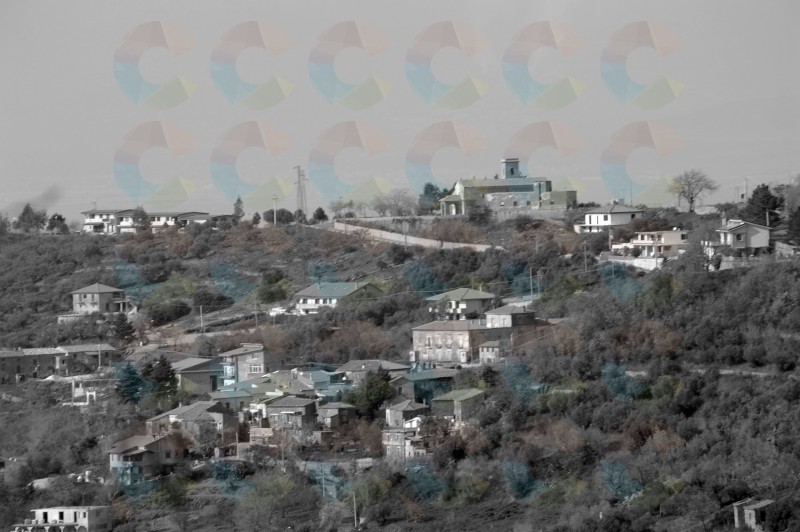 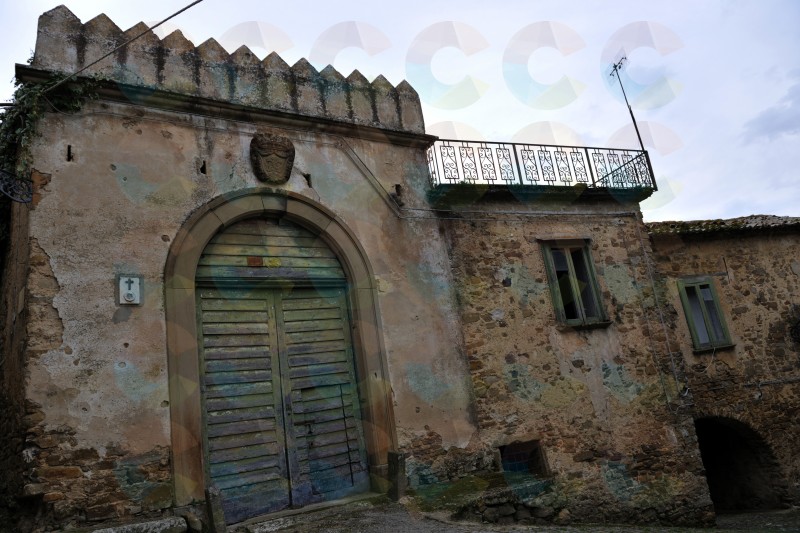 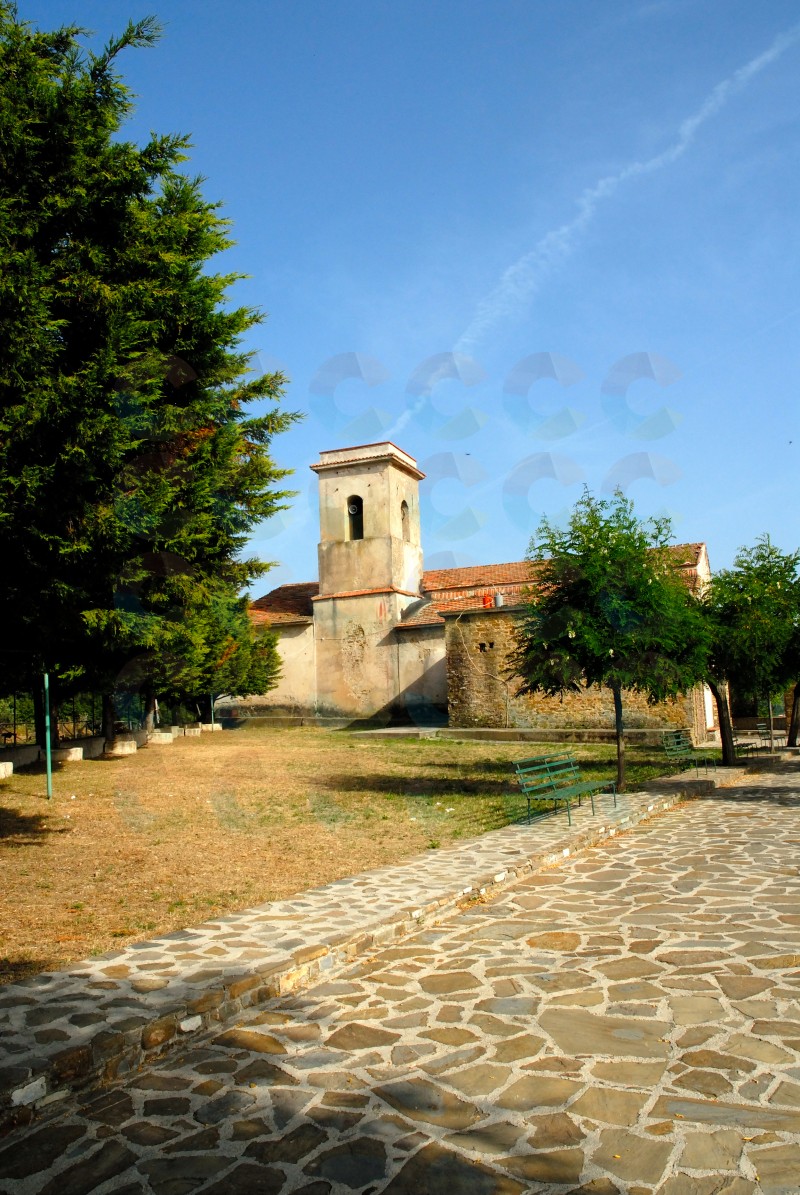 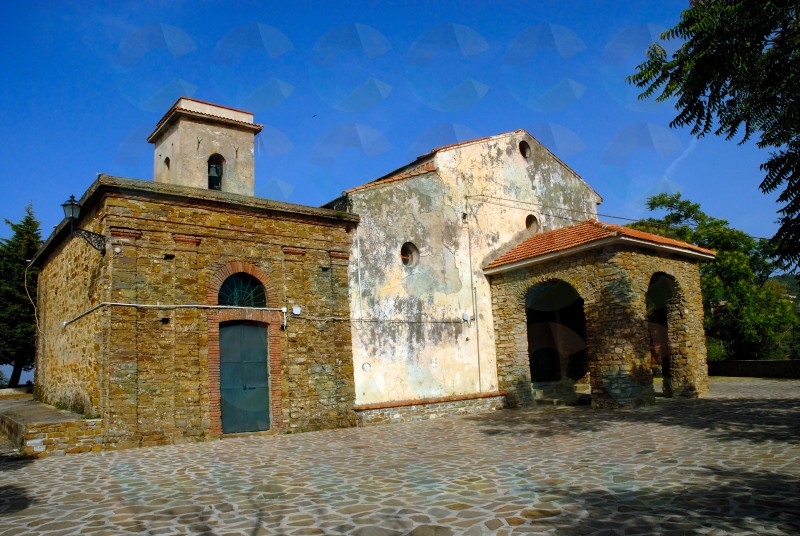 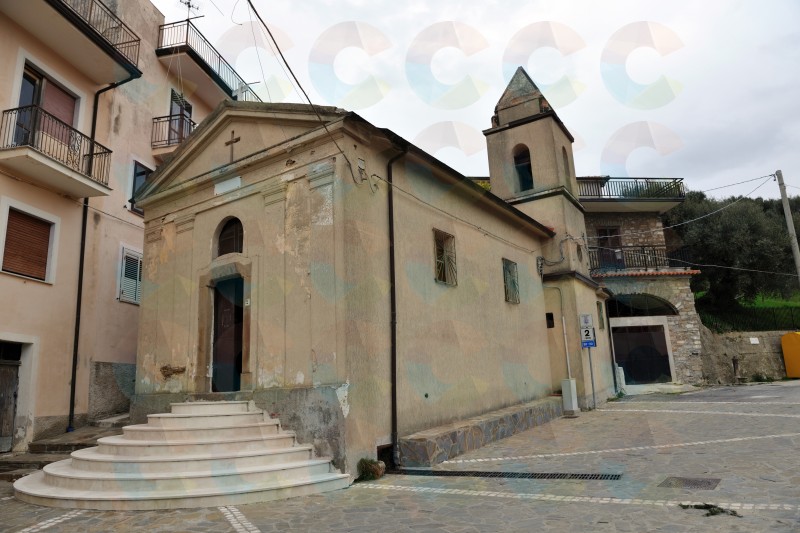 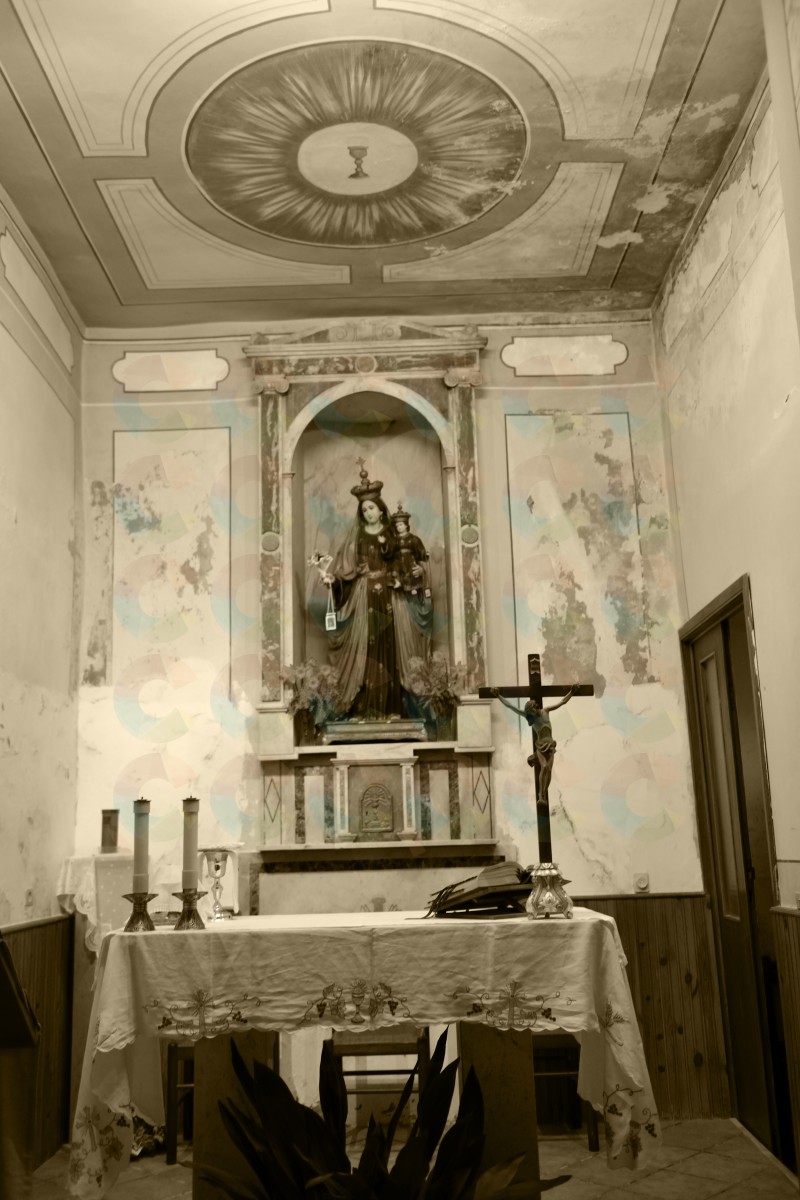 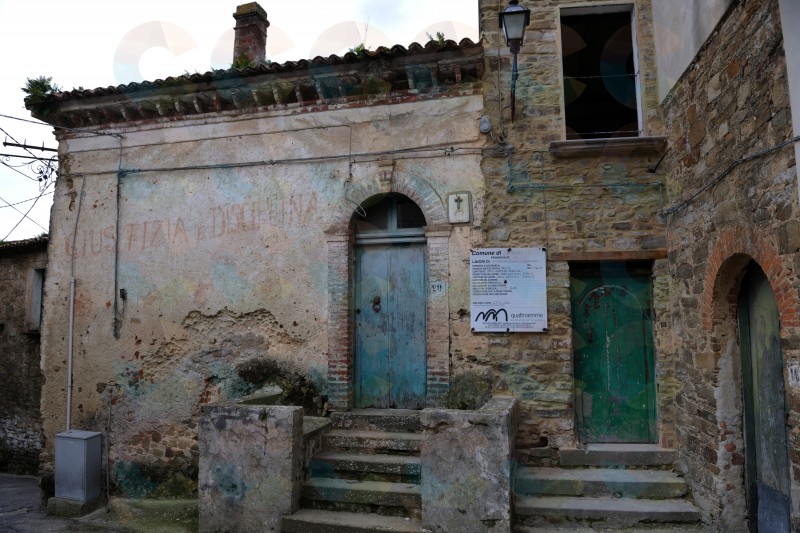 The village was constituted by four inhabited areas: Matonti, Matontiello, Vetrali, Spinelli. This division induced Ventimiglia to situate to «vetrali » of Matonti the monastery and the church of St. Biase of Butrano, of St. Biase «de Veteralibus » and of St. Elia of Butrano.

The indication in a document from Cava of the church of « St. Biase of Matonti » induced to write that «ita in ruina » the ancient church of St. Biase of Butrano was manufactured the present one, in a place separated from whatever residence in honor of the same saint.

Of the church of St. Biase de Veteralibus is news in the known document of 1187 speaking of a border that passed for the homonym forest.

Of the adjoining church to the monastery of St. Biase of Butrano is sign in a document of 1129 and in a following one of 1362, when the «ecclesiam sancto Blasii de Bultrano » was returned by Thomas of Santomagno, bishop of Capaccio, to the Abbey. And since 1187 in the same document is also news of the name « Vetrano », other deformation of « vetrali », for Ventimiglia also the church of St. Elia is situated there. Hypothesis born by the news of the « flumen de vetrano », of which is also news in a document of 1187, that animated the waters of the mill, object of argument among the monastery cavense, the abbot of the monastery of St. Mary of Conca and the provost of the monastery of St. Clemente of Salerno.

Matonti, therefore, over the disappeared monastery and the church of Bultrano, for which, not only the new construction of the parish church of St. Biase de Veteralibus, but the church of St. Elia would also have been. This news could also furnish a satisfactory explanation of the existence there of different inhabited nucleuses. These would have been both under the temporal jurisdiction and spiritual of the Abbey, up to few years ago, when also Matonti passed under the spiritual jurisdiction of the bishops of Vallo of the Lucania. Lost temporal dominion with all probability in 1410, when also this village, with the other employees from the ecclesiastical barony of Castellabate, passed to king Ladislao.

But what the monastery of Cava had had and had kept on possessing goods there, it is not sure. Among the documents from Cava stick two parchments of '300 that concerns Matonti. A donation of May 7th 1330 With that, the vassal of the Abbey, Domenico Benincasa, offered and the Abbey all his existing stable goods and a concession of those same landd the following year, from the Abbey, to « Cangio de Li Matonti » for four gold nuisance annual. From abbot Maynerio's III Registro we notice that the monastery gave then all the goods got there from 1342 to 1367.

The feud, however, was inclusive among the goods of the Sanseverinos that granted them to the family Calcagno. In 1543 they owned to Tiberio Calcagno, later to Giovan Battista Albertino.After the death of this one, the widow Victoria Daccio, guardian of the smaller Francis, Matonti alienated ( 1576) for Orlando Granito that surrendered it (1587) to Joseph Griso. Then the feud constituted a dowry of the daughter of the Griso, Victoria, when (1596) went bride to Andrew de Rosa. But on February 5 th, 1613 the feud was in possessed by Domenico Brancaccio. Back to the de Rosa, from Luca the feud passed to his child Giovanni Antonio, and from this, always for hereditary succession, to Donatantonio and then to Andrew (death 1629). The child of this last, Giovan Francesco, alienated the feud for Diego Quintano, which had purchased it only to have marquis's title gotten by Phillip IV of it. It allowed therefore, that the incomes were perceived by the seller.

Naturally the feud was recorded in the Cedoario to the Quintano, by which stopped Maria that married Diego Bernard Zufia to the daughter, regent of the Collateral one, which took of it, marital nominations, the title of marquis. From these people it passed then to Isabella, the only daughter, whose daughter, Ann, had also the incomes from De Rosa. With will of 14 feb. 1689, Ann Zufia left the feud to the Neapolitan oratory of S. Phillip Neri.

Then the oratory and the same Ann alienated the 4 nucleuses above-mentioned constituent the village to Gaetano Amitrano, which with the same istrumento, also purchased the title of marquis. To the Amitrano was recognized (16 July 1702) the title of marquis for which feud and title passed to his child Michael (death 1 October 1789) and, for succession, to Nicola (23 February 1790).

During the revolution of 1799, the feud was summoned to the revenue and seized in damage of Joseph Corio, guardian of the smaller stepdaughter Gaetana Amitrano. Revoked the sequestration. for order of the State (16 January 1801), the feud passed so, for female succession, to Gerolamo Corio, Joseph's father that got the regal recognition of it (7 April 1828). Giustiniani situates the village on a hill to 40 miles from Salerno and with 400 inhabitants, all agriculturists.

Festival of capicollo and sausage