Kamerotos, Cammarota, Camerota. Autonomous university up to its elevation to Municipality. From Salerno km.142. 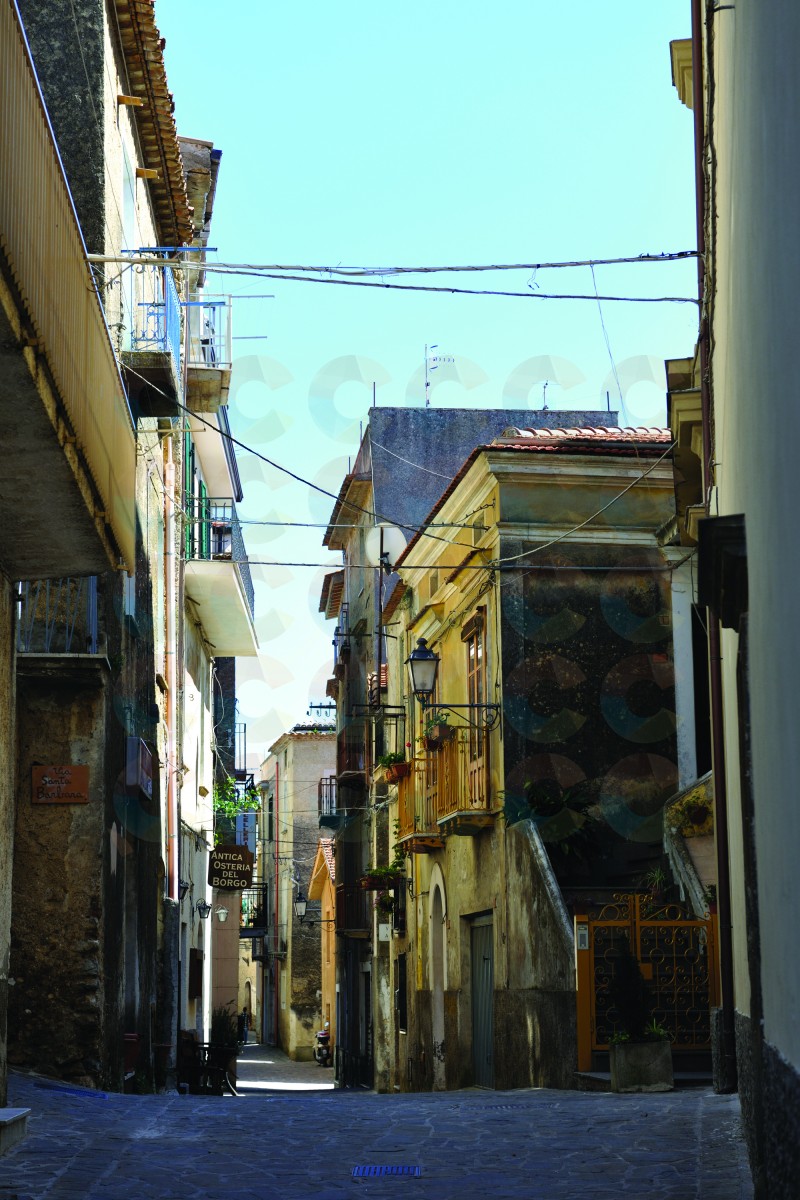 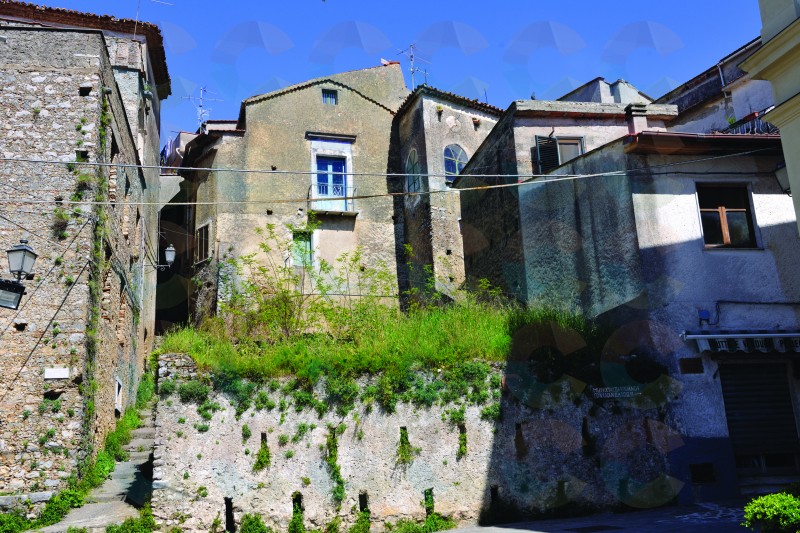 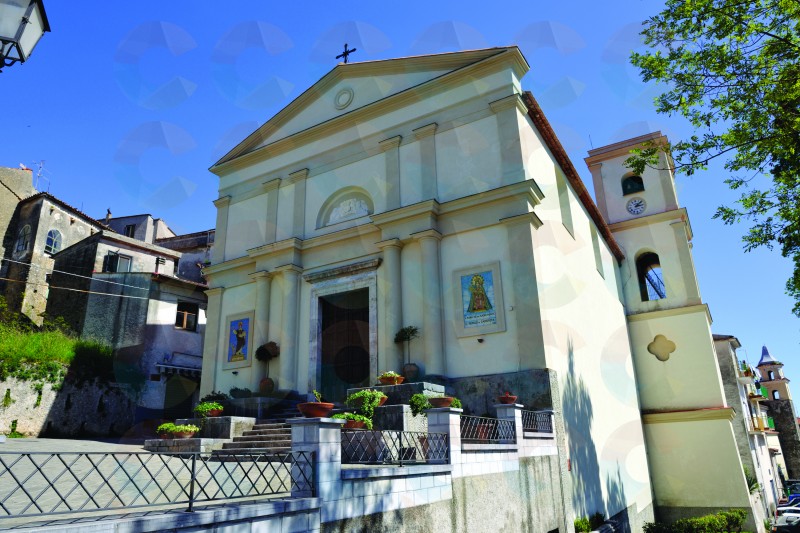 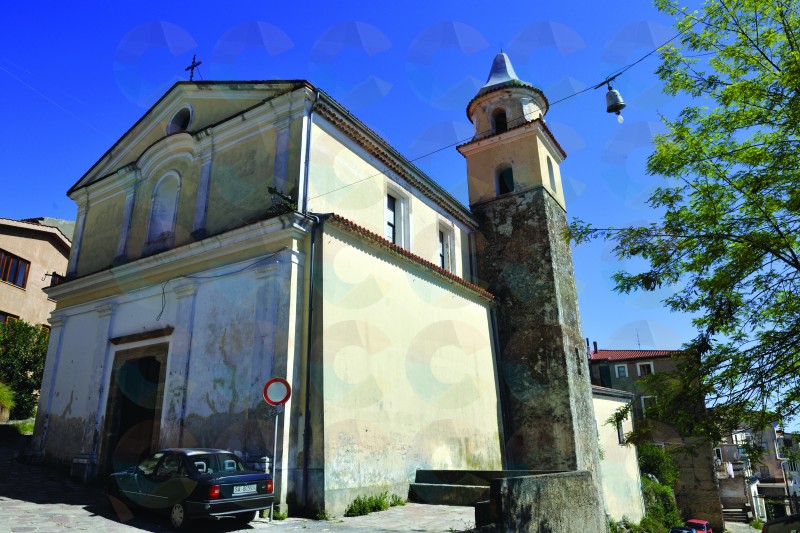 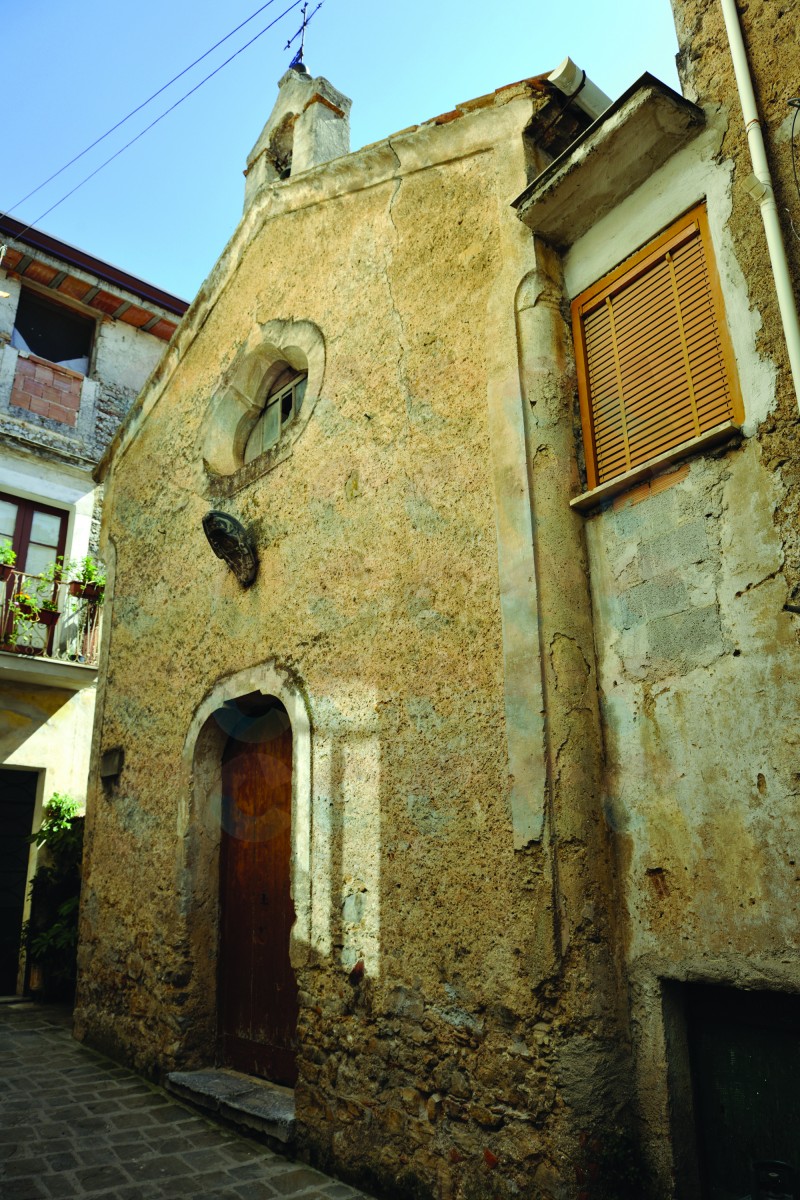 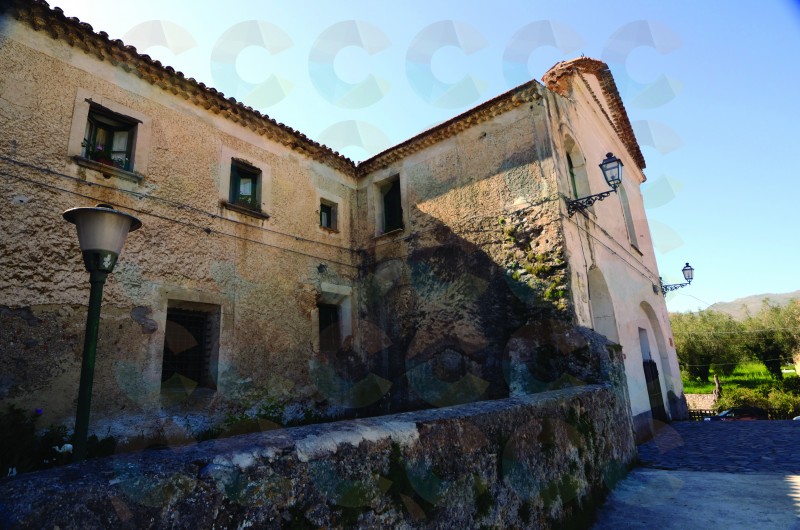 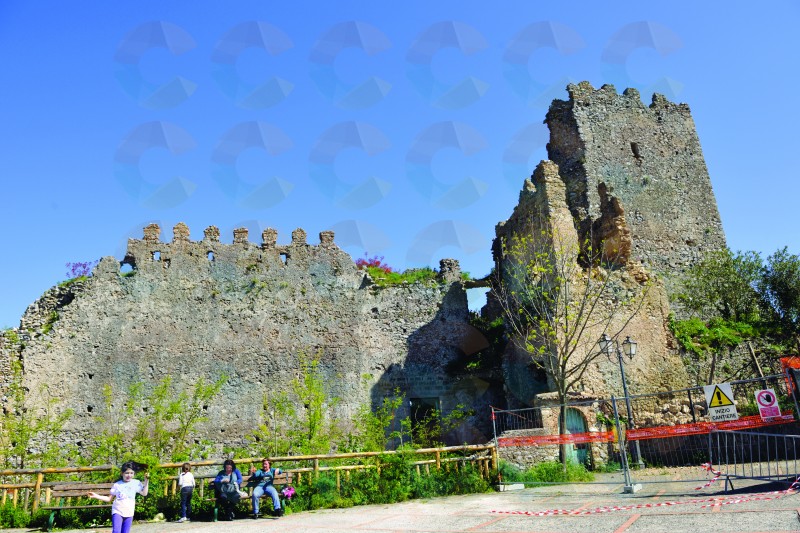 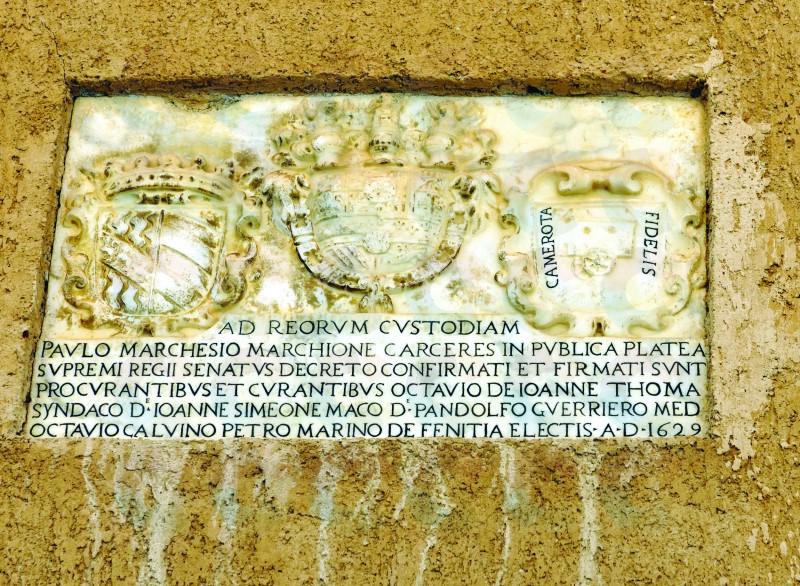 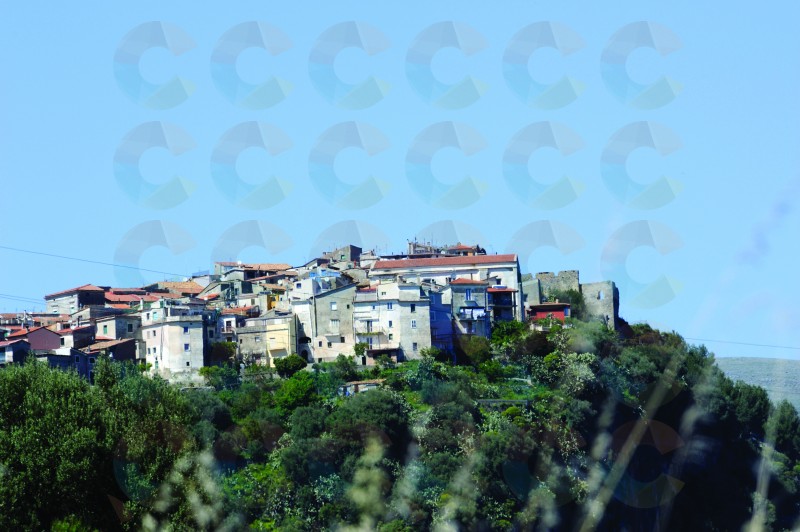 In the territory of Marina of Camerota were put to light finds of molluscs in partnership industries to sea (Cave Noglie and Punta Infreschi, Riparo, Nicchia Gamba) and in the Cave of the Cove you stay of fish industries, sea molluscs. Along the coasts of the today's Cilento, therefore people lived already in possession of the industry. It is probable, therefore, that the name «Camerota » is derived from the presence of such caves turned to rooms (kamarotos: done at times) and stores.

Bernardino Rota wrote some place in his Metomorfosis, imagining that Camerota, loved by Palinuro not corresponded, had been changed in rock-cliff from Venus. The village situated on a hill was on three sides defended from sour precipices. To west of the castle it was the monastery of S. Cone that shows the existence in the place of italo-Greek monks. Is more probable than the first monks Byzantine joints in the place had taken abode in the different environments (kamarotos) of the caves. It seems that still in the 800 the ruins of cenobios were perceived risen later (III phase «cenobitica »).

It is said then that the Saracens of Calabria disembarked to the harbor of Camerota and that going up again the hill destroyed the village where «they established a strong fortress », of which misses every news. It is also written that the Saracens of Agropoli and Camerota ransacked Policastro in the 915. From the Catalogus baronum notices that Florio of Camerota, gentleman of Corbella, was kept to furnish two militiamen and with the increase four militiamen for Corbella and two for another feud.

Great character of the Kingdom, Florio was sent in England with the bishops Elia of Troia and Arnolfo of Capaccio to king Guglielmo the Good one (II, 1166 -1188) to king Enrico II to ask his hand of the daughter Giovanna, sister of Riccardo heart of Leo, that accompanied in Sicily in the 1176. Florio in the Crusade of 1188 furnished 63 militiamen and 50 men of arme. I remember that Riccardo heart of Leo (I,1188 -1199), in to approach in Terrasanta with 8000 men for the Crusade, forced Tancredi, count of Lecce, usurper of the throne of Sicily (IV king, 1190 -1194) to make free the sister Giovanna (1199), widow of king Guglielmo, and to pay the sum of 40 thousand gold ounces (versed only the third one).

In the 1186 Florio was one of the judges that condemned Riccardo de Mandia, count of Molise, imputed of conspiracy against the Kingdom. In the 1303 king Carlo II granted the feuds of Camerota and Molpa to Charles Gualtiero.

From him the feud passed to Francis Landone, child of the count of Venafro. Thomas of Sanseverino, over the annual pension of 365 gold ounces, he got from Margherita of Durazzo other 85 ounces the year in the general subsidy of (Mercato) Sanseverino and Camerota. In the 1399 king Ladislao confirmed to Luigi Sanseverino, over an annual pension of 365 gold ounces, the feuds of Marsico and the baronies of (Mercato) St. Severino, Sala (Consilina), Castel S. Giorgio, Roccagloriosa, Camerota, S. Severino of Camerota, Lagonegro and Atena (Lucana). In the restitution of the feuds to Guglielmo Sanseverino (1406) it was also included the village of Camerota.

The Catholic king invested then (1508) Luzio Palagano of the « city » of Camerota. The heir Goffredo asked the «relevio » of it with Cicerale, Castagneta and Cannicchio. In 1532 had been built on the hill, northwestern of the shore, a base of sighting against the pirates.

In the 1552 Dragut, with the strong Turkish fleet of 123 ships, he devastated the coasts of the Kingdom, ransacking and setting on fire Policastro S. Marina, S. Giovanni to Piro, Torre Orsaia, Roccagliorosa and Camerota. The population of Camerota from 90 fires (: inhabitants 450) reduced it to 50 fires (: inhabitants 250) 30. In the 1554 Camerota owned to Charles Caracciolo, that sold the village in that year, with Pisciotta Palinuro, Molpa and Lentiscosa to Sancio Martinez de Leyna, general captain of the helmets of the Kingdom for d. 17.000. In 1578 de Leyna sold it for debts to Camillo Pignatelli, duke of Monteleone, with the aforesaid hamlets for d. 30.000. Then the feud was sold de to the Sangro family.Francis Pannone, then, marrying Eleonora of Sangro, deposited the 7500 dukedoms of the dowry.

After his death, for sentence of the SRC, the village was headed to Eleonora. To the death of this one (1581) the feud passed to Bernardino of Sangro to his child. In the 1587 Delia Belprato, mother and guardian of Edward of Sangro, revenges the feud to Paul Marchese, brother of the teacher of field Ottavio, for d. 24.000. Orazio Marchese, in December 20 th 1603, got the title of marquis of Camerota with Castelluccio (S. Severino), Marina of the Infreschi and Licusati.

In 1663 it was appreciated for d. 45.000 from Gallerano, which also described the castle. In July 13 th 1647, for the bloody revolt of the local inhabitants, Paul Marchese, marquis of Camerota, granted in demand chapters in the form of supplication and confirmed, chapter for chapter, the following day with istrumento compiled to the presence of the clergy and a representative of the bishop of Policastro. Differently than Capecelatro, Pasanisi affirms that the marquis was captured by the rebels. For refuta of Paul, then lands passed to Joseph (2 July 1717) that rinounced for his child Orazio (3 May 1718).

From this, for succession, to Domenico ( 4 April 1755) and for succession to Orazio in November 19, 1750. Domizio Marchese, in September 27 th 1742, had purchased Poderia from the duke Annibale Marchese without the «portolania ». This, according to the custom of the time, had registered to one of his citizens and properly to Joseph Mangia, the last intestazion of it in the Cedolario (13 September 1742) as successor his father Carmine (10 August 1789). As it is told, to he family Marquis also Licusati belonged.

Cilento and Italian Cooking Course to discover the Mediterranean Diet

On May and On October

End of november and early december