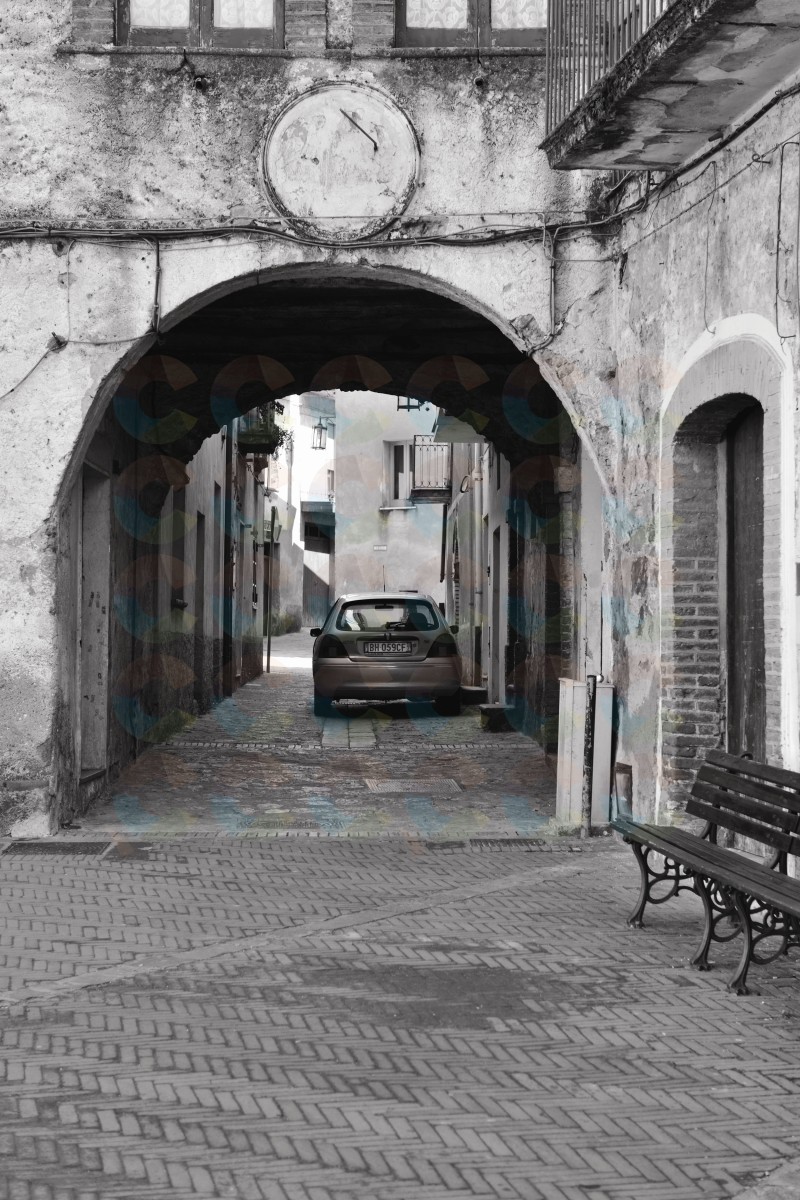 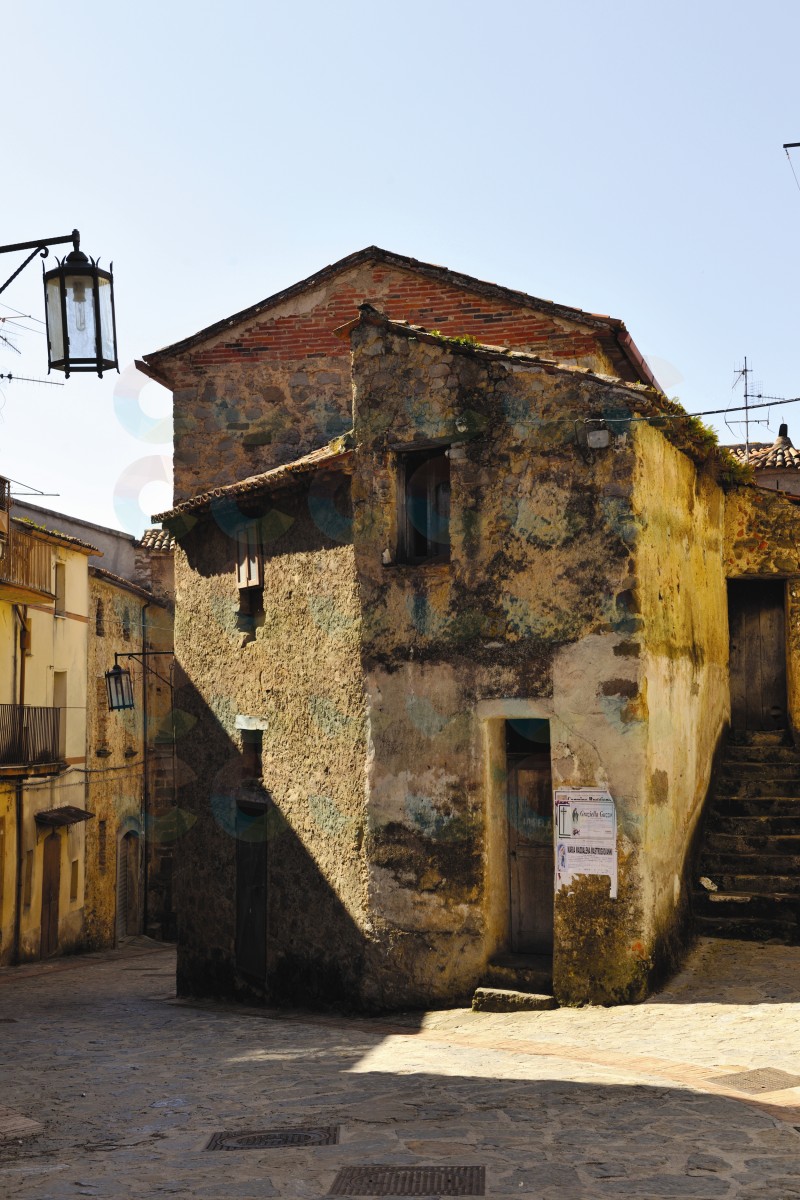 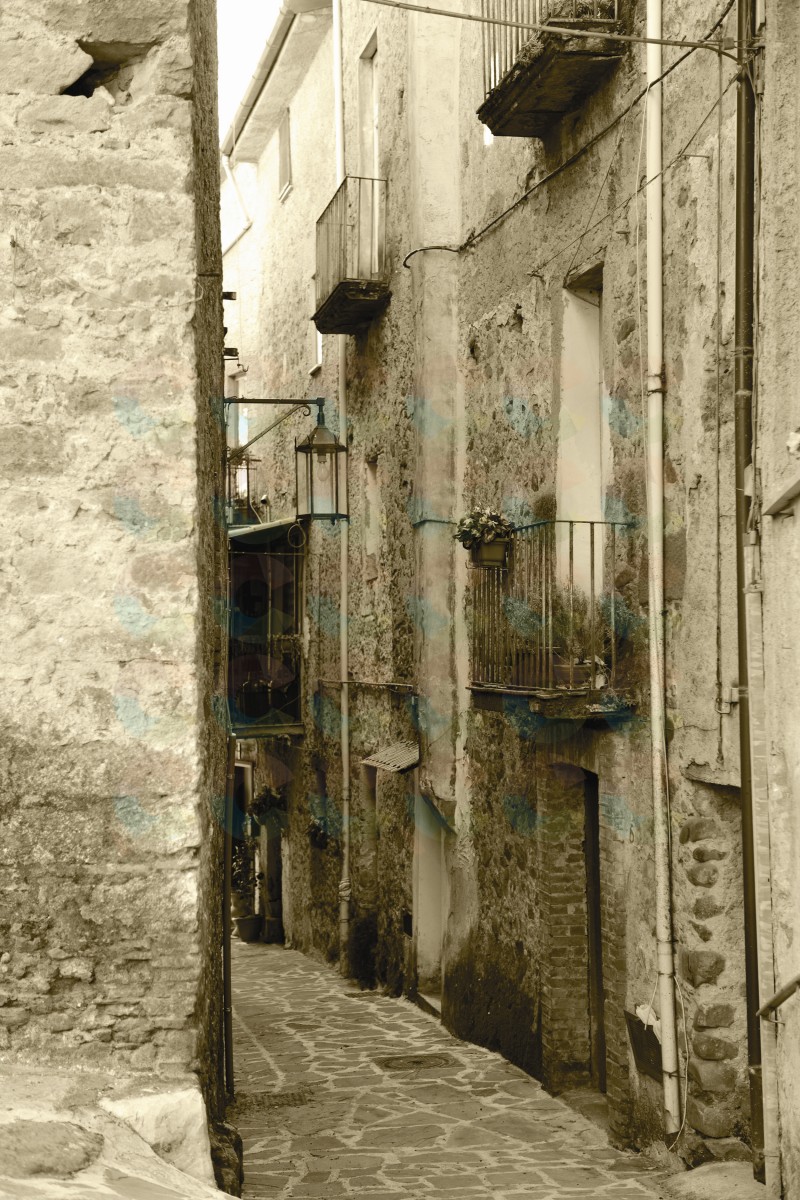 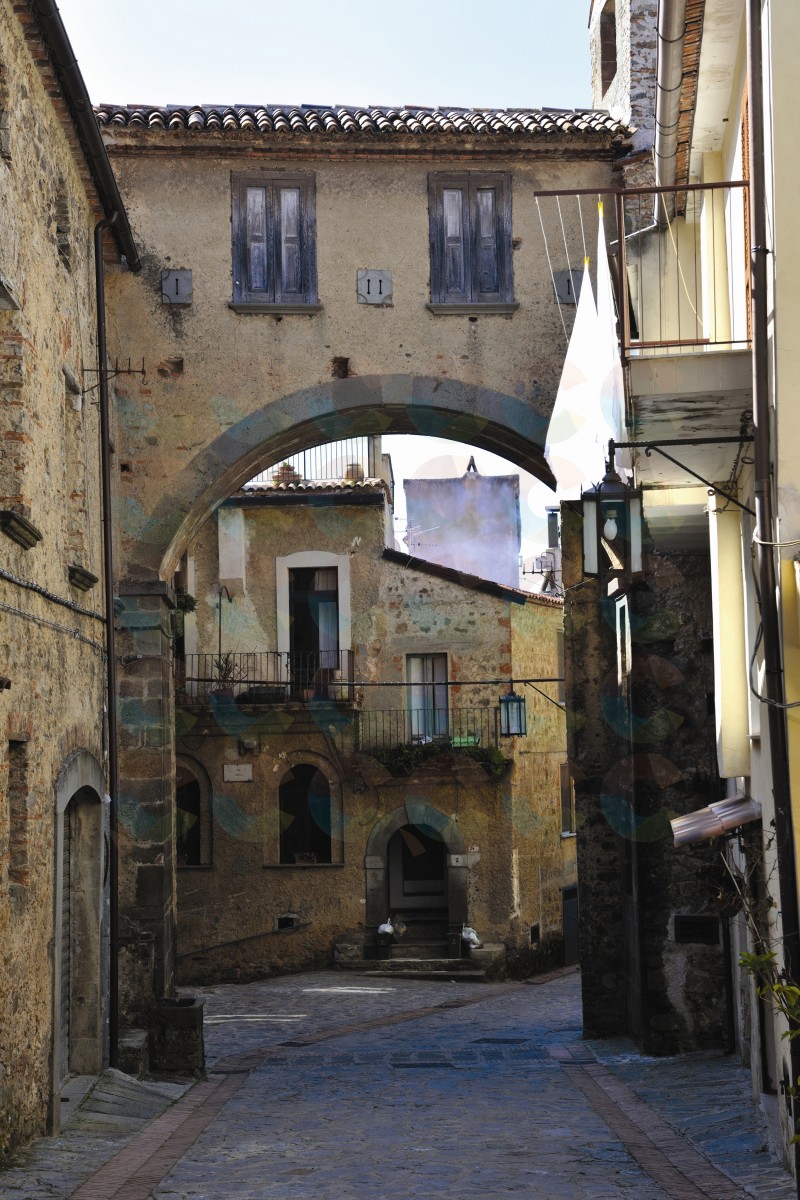 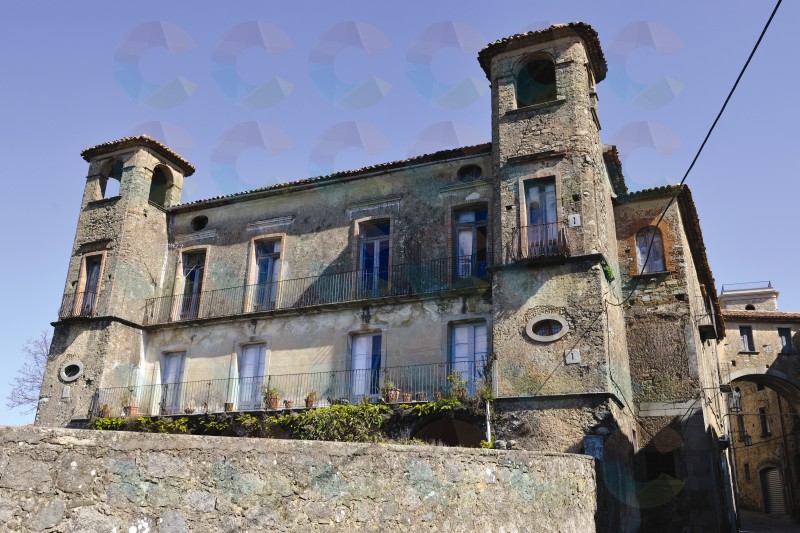 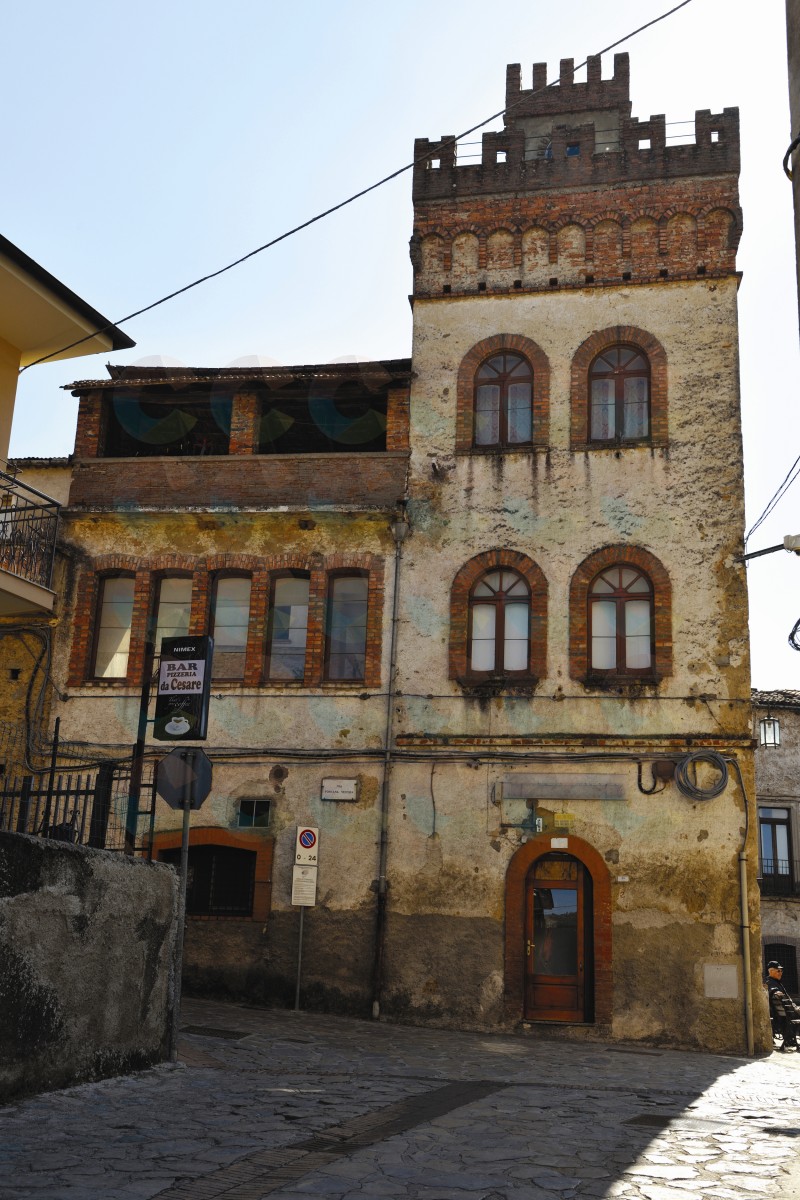 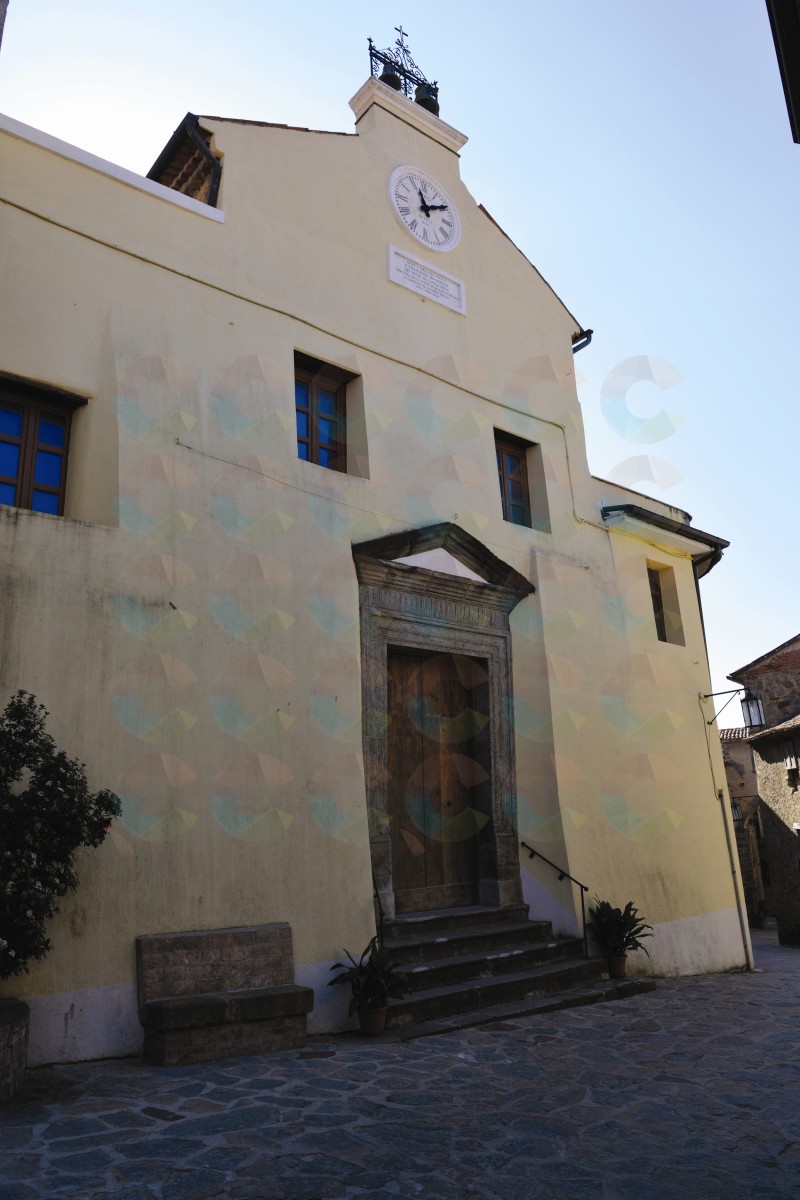 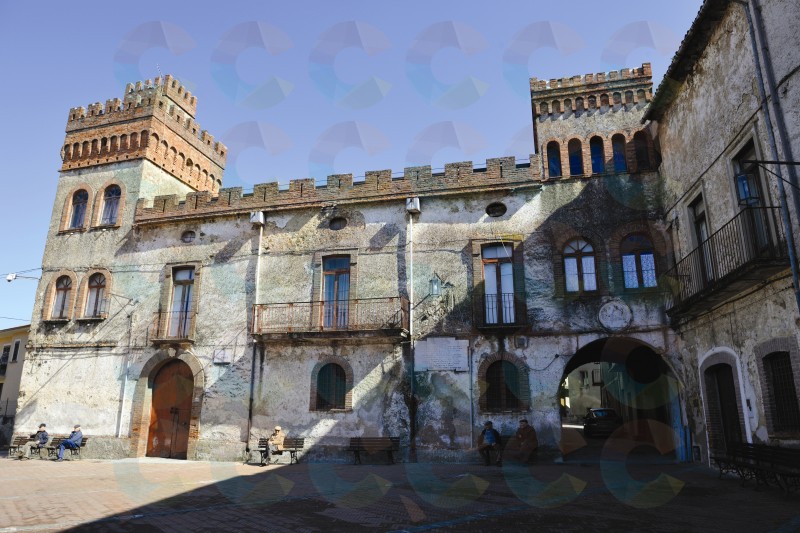 In 1700, the recovery in the place «Tolve » of some ancient objects, induced some people to suppose the existence in that place of a housing nucleus dating to the rests of the Civitella.

The disappearance of the name also prevents from verifying a possible connection with «ulvae », and that is if it were adjoining or less to the local stream and therefore place covered with marshy grass. The hamlet, however, followed the fates of the barony of Novi up to times of the gentlemen of Marzano. You read in the «Platea dei Celestini » that in 1344 Anselmo Gallitelli of Cannalonga stole Ruggiero from Formia of monastery of S. George of Novi. The Baron of Marzano, count of Squillace, ordered to monastery to seize to Gallitelli all the goods of its ownership.

The monastery entered so in possession of a hamlet situated in the «vico Mìlana » of Cannalonga, of halves a garden, of a «pastino » of olives placed to Buonopera, of halves the vineyards that were in this place and of a wood «iuxta costas Siotarose ».On December 24, 1452, Anthony Marzano gave to Anthony Martirano the city of Novi, the hamlet of Cannalonga with the right of the «bagliva » and the forest of the Sergna (today's Sernia) for the annual offer of a pair of harness bells rattle for his falcon from introduce on the eve of Christmas. The donation was corroborated by the assent of king Alfonso released in date December 14 th 1453 (parchment signed by the king).

When Camillo Pignatelli entered possession, «maritale nomine », of the barony, he made to understand to the Martiranos that he would have appreciated to reenter in possession of Cannalonga, for which Giacomo, child of G. Anthony Martirano, resold the hamlet with all the attached rights. On July 16 1538 Ettore Pignatelli surrendered Cannalonga to Mark Antonio, Assistant of Novi, with men and vassals and with the civil jurisdiction also the grinds, the waters, the «bagliva », and the market of S. Lucy, but with clause of ransom.

The agreed upon price was of d. 1300, of which the buyer poured only 8oo dukedoms because they permuted the rest with the land and the penal jurisdiction of Angellara. In the 1546 Marcantonio also purchased the civil jurisdiction as well as the privilege to judge in its Court not only those people who committed infringements or crimes within his own territory, but also in the case that his subjects committed in the other hamlets of the state of Novi. In the 1572 G. Baptist Farao of Cuccaro, secretary of the duke D. Camillo of Monteleone purchased from Francis Valletta the above-mentioned hamlet with all the attached (« houses, vassals, mill, «bagliva », «mastrodattia », goods, members, fruits, incomes, reasons and actions ») rights for the agreed upon price of d. thousand and for the grinds 40 crowned.

«In the same year Camillo Pignatelli, duke of Montilione, sold to the magnificent Giovanni Baptist Farao the jurisdiction of the first ones and second causes of this hamlet for ducats 400 », confirming the privilege to judge the subjects, as from concession done to the Assistant. In 1582 Farao alienated Cannalonga for the son-in-law G. Anthony Longo for d. 7000, which, not having gotten the regal assent, it didn't pour the agreed upon sum to his father-in-law for which in 1599 the feud returned to the Farao. On November 26 th 1593 the Farao purchased from Lucrezia Bamonte, countess of Barletta, and from his child Ottavio Cognetti, also the feud of Rofrano.

To G. Baptist Farao, gentleman not only of Cannalonga and Rofrano but also of Laureana and S. Mauro alla Bruca, to his death in 1602, his child Ettore happened. Ettore Farao then Cannalonga sold to his nephew. Baptist Farao took possession of it on September 20 1611. But since this last didn't succeed in getting the regal assent, the child of Ettore, Michael, made to declare nothing the above-mentioned sale, for which Cannalonga passed to the brother of G. Baptist, Scipione Farao. June 10 th 1632, on appeal of the creditors of Ettore, also the feud of Rofrano had put in sale to the price of 24 thousand dukedoms fixed by the «tavolario » Niccolò Maione on the base of a respect prepared by the Sacred R. Suggestion.

The new gentleman of Cannalonga, Scipione Farao, not having children, called as his heir Vincent Macedonio that, to the death of Scipione, took possession of Cannalonga. The few news on the hamlet in the estimo Cafaro: « This land of Novi it has promiscuous jurisdiction with the hamlet of Cannalonga, that was alienated by the Duke of Monteleone, and that hamlet is forced every year to give two baglivis for service of said land ». Phillip Farao, that had married Beatrice Tosone of Rofrano, Cannalonga repurchased.

On July 27 1657 Phillip Farao, « Baron et useful Master of said land of Cannalonga », decided with his brother Maurice to constitute a «maggiorascato » of 15.000 dukedoms to the first male. In 1680 the only daughter, Maria, married Toribio Alfonso Mongroveio bringing in dowry the feud of Cannalonga and other goods, valued for general 30 thousand dukedoms. With Maria it the barons of Cannalonga were extinguished, whose weapon was a tower with lighthouse in blue field. From wedding between Mongroveio-Farao were born three children, of which Giovanni and Anthony, the first-born and the third-born, respectively died before marring.

The other, named Phillip, married Edvige de Grassi, unique daughter of the count of Lowland, that brought in dowry 14 thousand dukedoms that were united to the goods of Phillip only heir of the whole patrimony of family. The Mongroveios maintained the hamlet up to the abolition of the feudality happened in the 1806.

Fair of frecagnola ... Waiting together winter