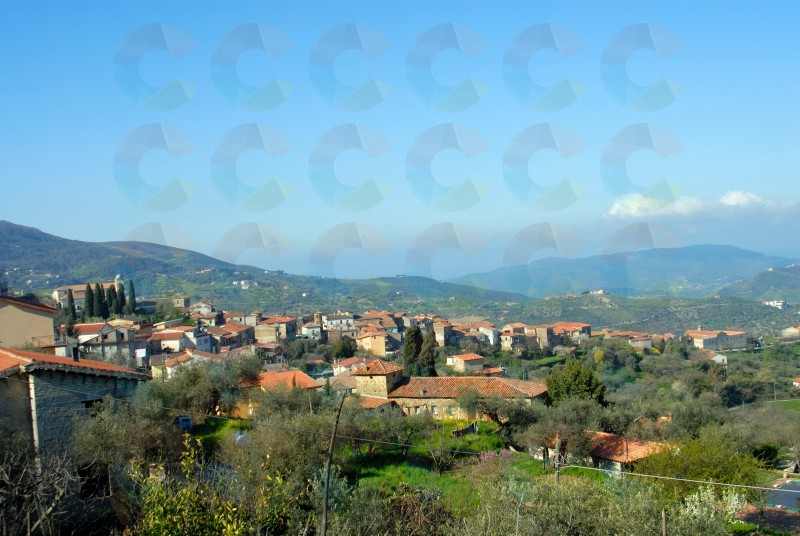 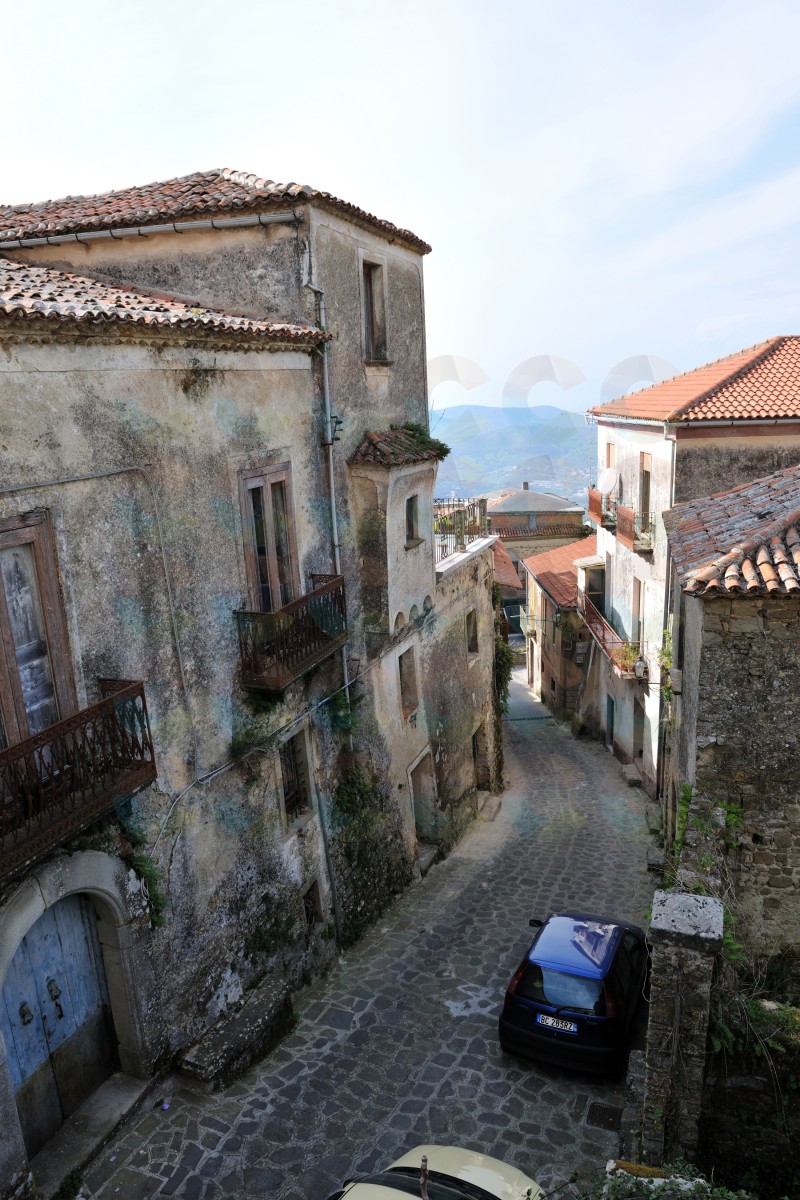 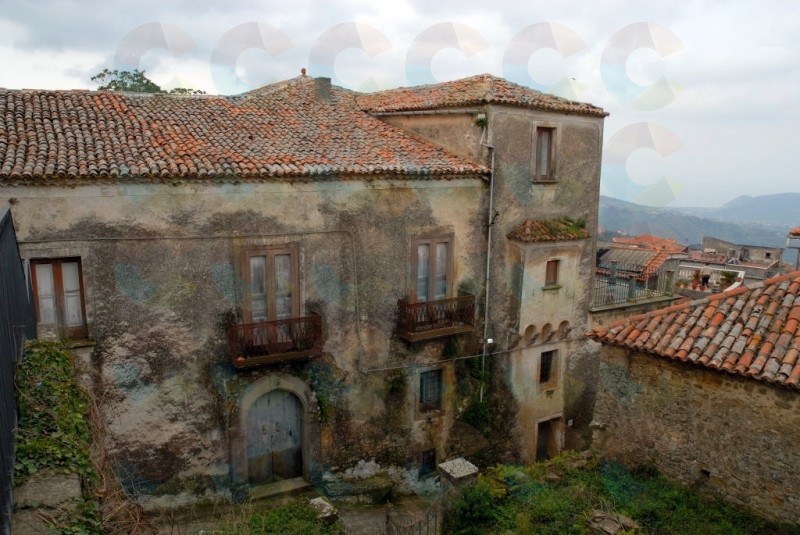 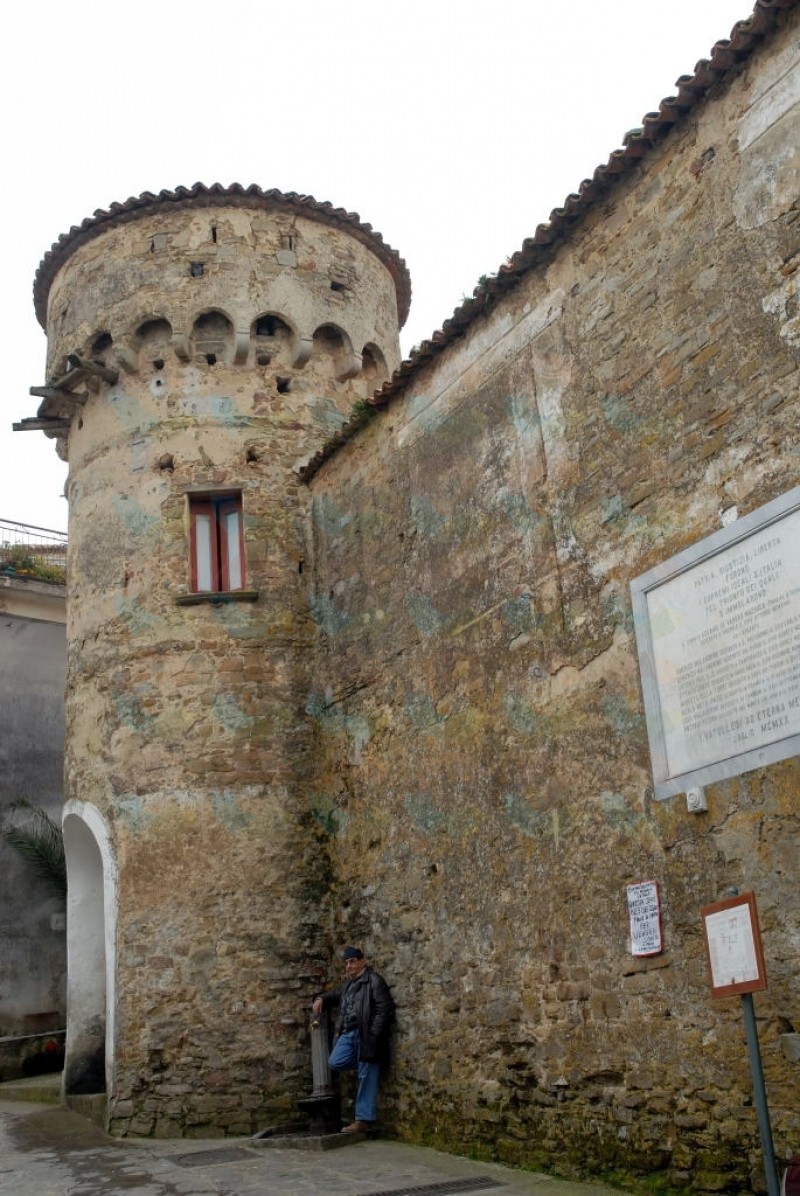 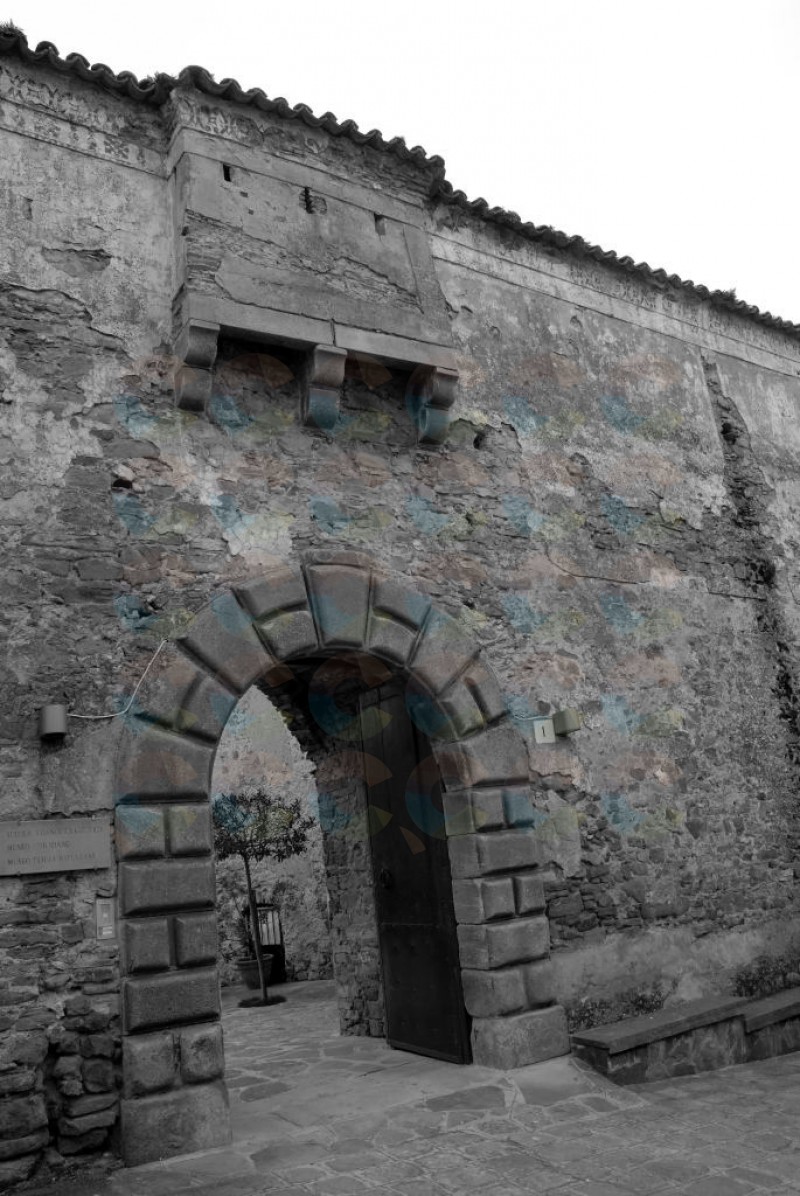 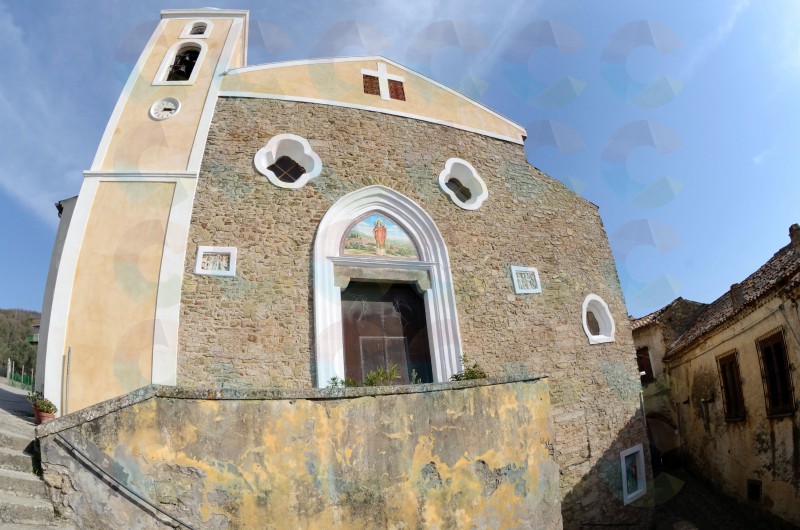 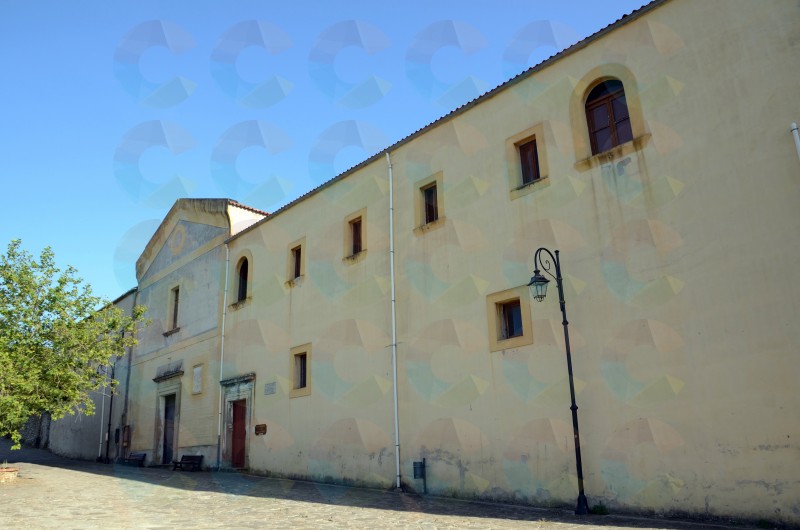 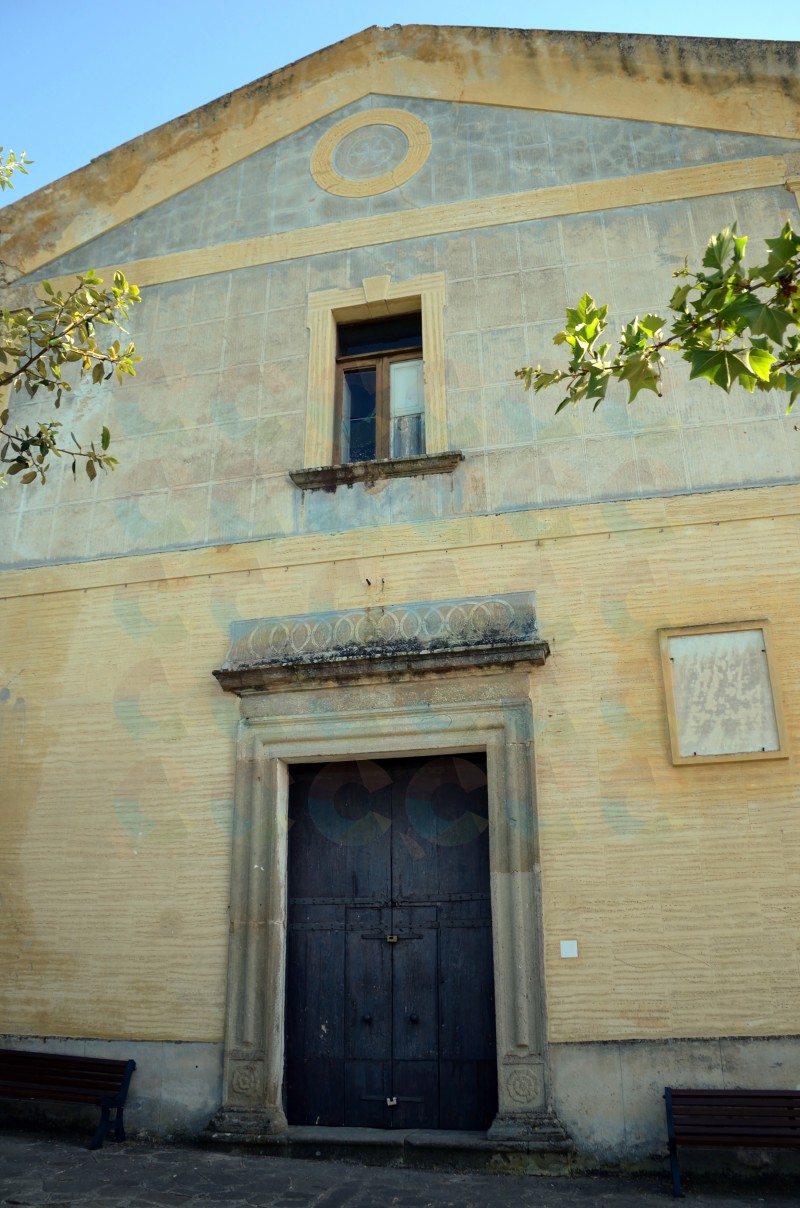 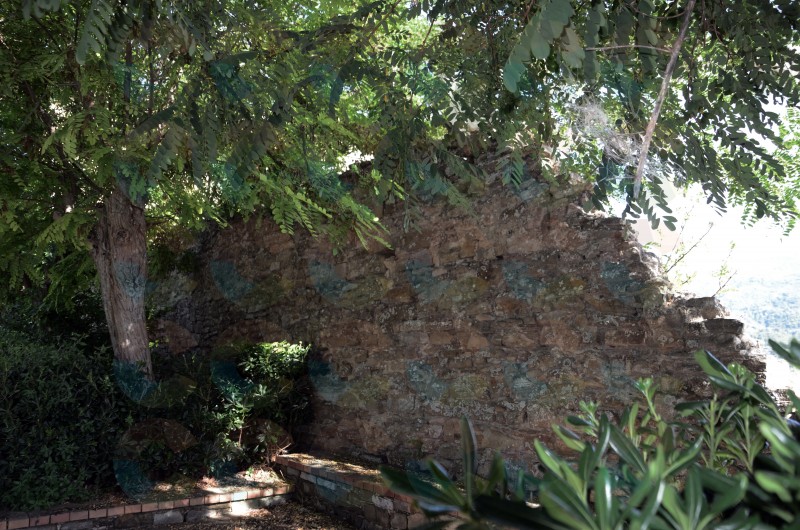 Before news of the town in a charter of John and coregent son Guaimario of 994, with which the principles of Salerno donated to Andrew, abbot of the Italian-greek monastery S. Magno (today S. Mango Cilento) houses, cells, codes, animals, etc. constituents goodsof that monastery and also of the churches of S. Primo of Cannicchio,S. Fortunato, of St. Mary of Camporosso and St. Mary of Pioppi.

Between the boundaries, a path that descended from a possible cooperativefarm «de batullisi » and bordering on the village rose toward the«castelluccio » of Vatolla. Near the village, therefore, it had to bea fortified building, one of those many towers that in the age of«Fortification » (second half of the tenth century) were built in the mostthreatened by Saracens incursions or even the 'castrum' ofVatolla. In December 1034, Alfano, son of Stephen of Vatollaexchanged a land with another owned to a certain Mizza. In the sameyear, in a contract, it was proposed to guarantee a certain Balsamo of Vatolla.

In July 1110, «batolla 'is remembered for a suretysor in a dispute dealt with in the monastery of St. Archangel atpresence of Abbot Peter of SalernoThere are many documents in the Archive of cava that recall the village. For example, from1129-1182 there are 25, all unpublished. In 1223 there's stillanother, from 1238, there are two donations and a sale of 3 october,1362. Guillaume said that the Abbey bought the village of «Batolla » by Count Guido in 1175, without saying who was Guidoand the source from which he had taken the news.

The loss of powerwas to be dated to 1410, with the sale of the barony of Castellabate to King Ladislas.

But Vatolla is listed only in the hamlets that were restored by King Charles I to the Sanseverino in 1276, for which the village was part of the hamlets of the barony of Cilento. An important document informs us of the chamberlain of Cilento that, in December 1223, was the soldier Nicholas Vatolla.The Sanseverino kept the feud of Vatolla until the early XVI century, when they granted the barony of Vatolla to Giovannella D’Afflitto, wife of Antonello Prignano, who sold it to Antonio Griso«Io Feo de la Pagliara, et Vatolla situm in dicta Baronia consistens in casali Palearia, et Vatolle, et certis aliis partibus. »

At the death of Antonio, his son Giovan Matteo, obtained regular investiture by Ferrante Sanseverino on November 7, 1525.But also the fief of Vatolla was kidnapped to Griso and put for sale, after the avocation of goods of Ferrante Sanseverino, because at his time he had not received Royal Assent. Vatolla was acquiredby Francesco del Pezzo (1 May 1553), from which the estate passed to his son Giovan Battista, who at first, exchanged it with that of Camella Giovan Matteo Griso, through his agent TommasoAltomare. The Griso then sold it (11 February 1568) to brother Julius, from which it passed to his son Flaminio who sold it (May 4 1604) for d. 7300 to his cousin Antonio Griso.

Then it passed (1612) to son Gian Matteo, from which (1623) to his son Antonio. The Mazziotti states that at the time of these Griso was built the church of Pity in Vatolla (1614) and then close the monastery of the Reformed fathers that, suppressed during French period, was reopened on Dec. 16, 1815.After the death without heirs of Antonio, the estate passed (1660) to Court directed.

The following year it was ordered estimation (Tavolario Donatantonio Cafaro), with feud of Celso, also of the property of Griso. Auctioned on 20 April 1660, the feuds were awarded(d. 15,300) to General John Rocca, Baron of Amato and MarshalOf Spain, which made take over of it by Captain G. BattistaGenoa (October 13, 1660) To general (October 21, 1665) succeededhis son Joseph Oronzio (6 February). The administration, however, forthe minority age of the son, was held by his mother Chiara Vespoli thatsold (1668) only the estate of Celso to Prince Capano of Pollica. His widow later married her brother Domenico Rocca, with whom she had three boys (Francis Xavier and Carlantonio) and a daughter (Giulia), future students of Vico. General's son (Joseph Oronzio) obtained the title of Marquis of Vatolla on April 9, 1680, but nothaving heirs donated the estate to the uterine brother Francesco Roccaon 22 April 1684.

Since him it passed (14 October 1735) to his sonJoseph, who was succeeded (13 April 1761) to the brother Dominic. Deadhim without heirs (28 September 1762), the estate passed to the single sister Jacinta Rocca, who sold the estate (11 January 1767) to cousin Francis Vargas Machucha that on May 10, 1732 had obtained the title of Duke on the surname (Duke of Vargas). To this one followed his son Thomas (1783), which established an agricultural college in Vatolla and a library, restoring the church of the convent of mercy. Giustiniani (returns epigraph of Antonini) places the resort at strata of the Stella mountain, where, always following Antonini, believes«Doubtless the ancient Petelia is easy had been built. »Vatolla had the privilege of hosting for 9 years Giovan Battista Vico.

Feast of our Lady of Assumption