Casal nuovo, Casalnuovo, then Casalbuono, from the 1862. University doing part of the «state» of S. Lawrence of Padula up to its elevation to Municipality. From Salerno km.111. 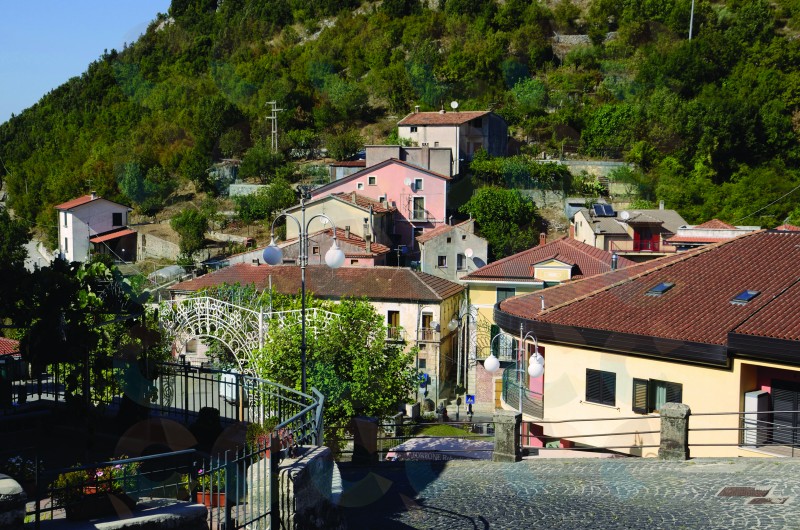 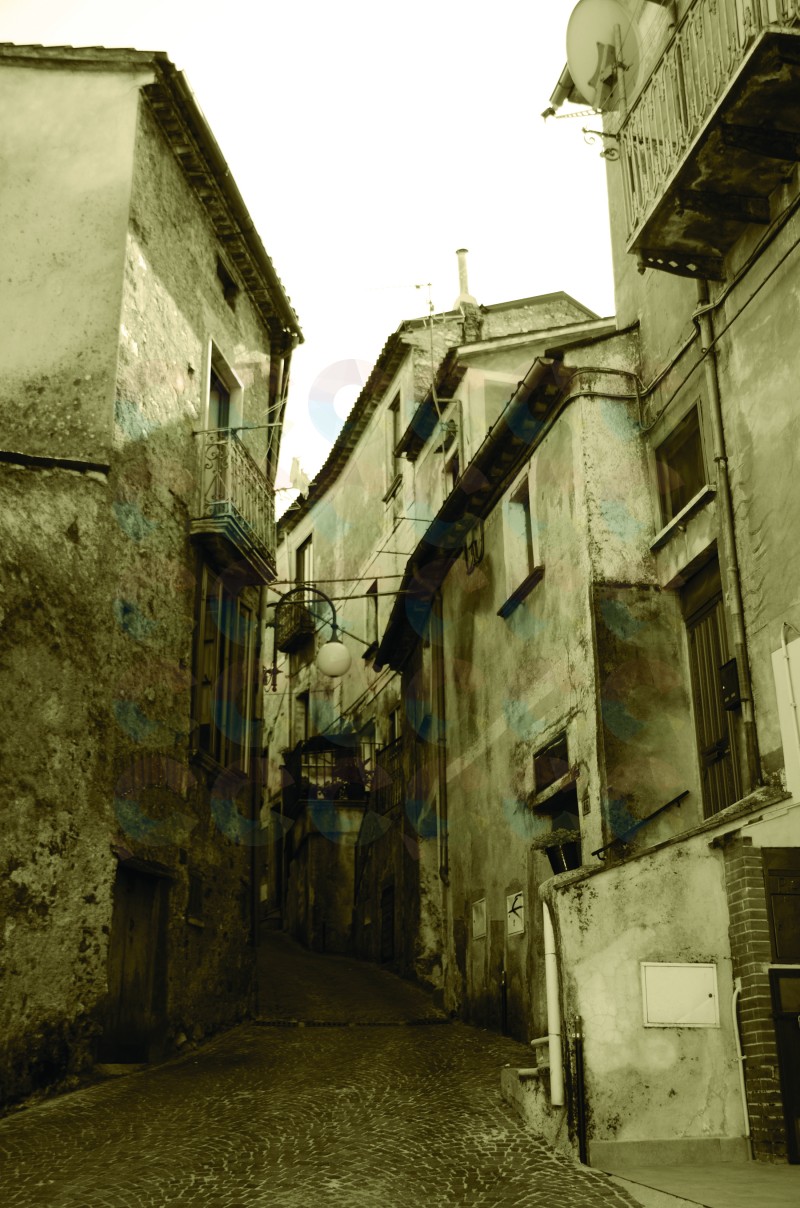 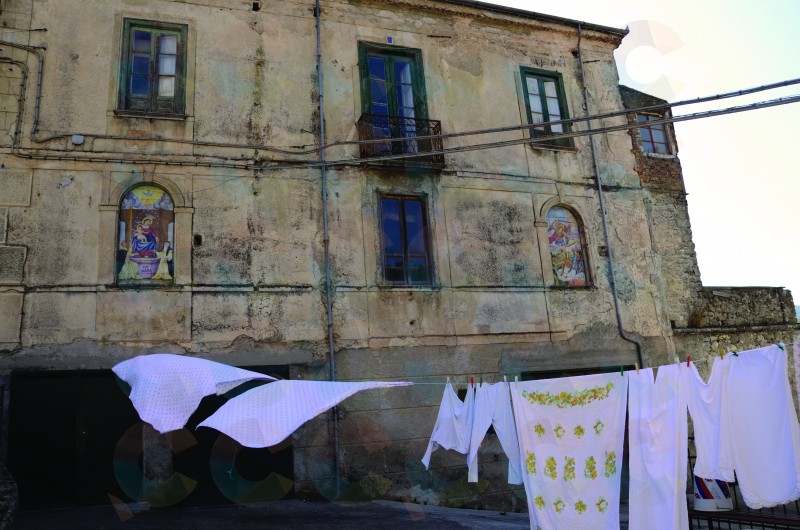 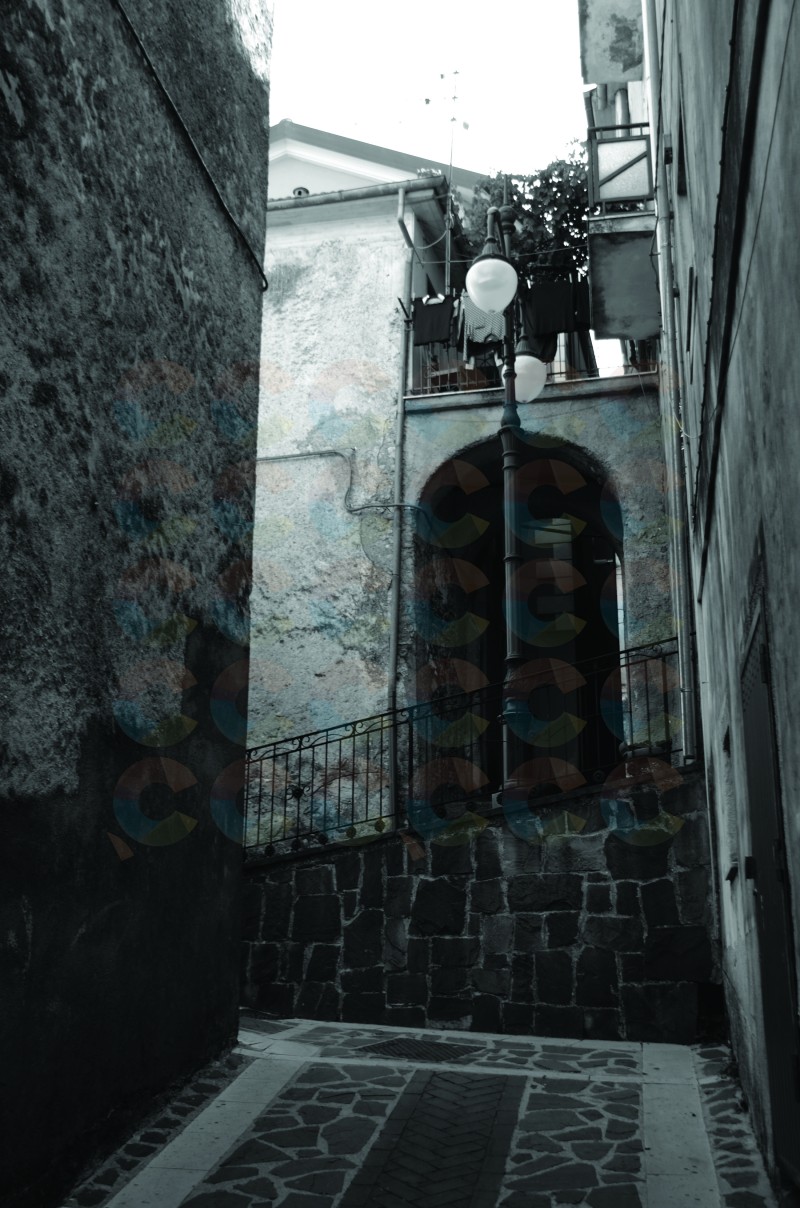 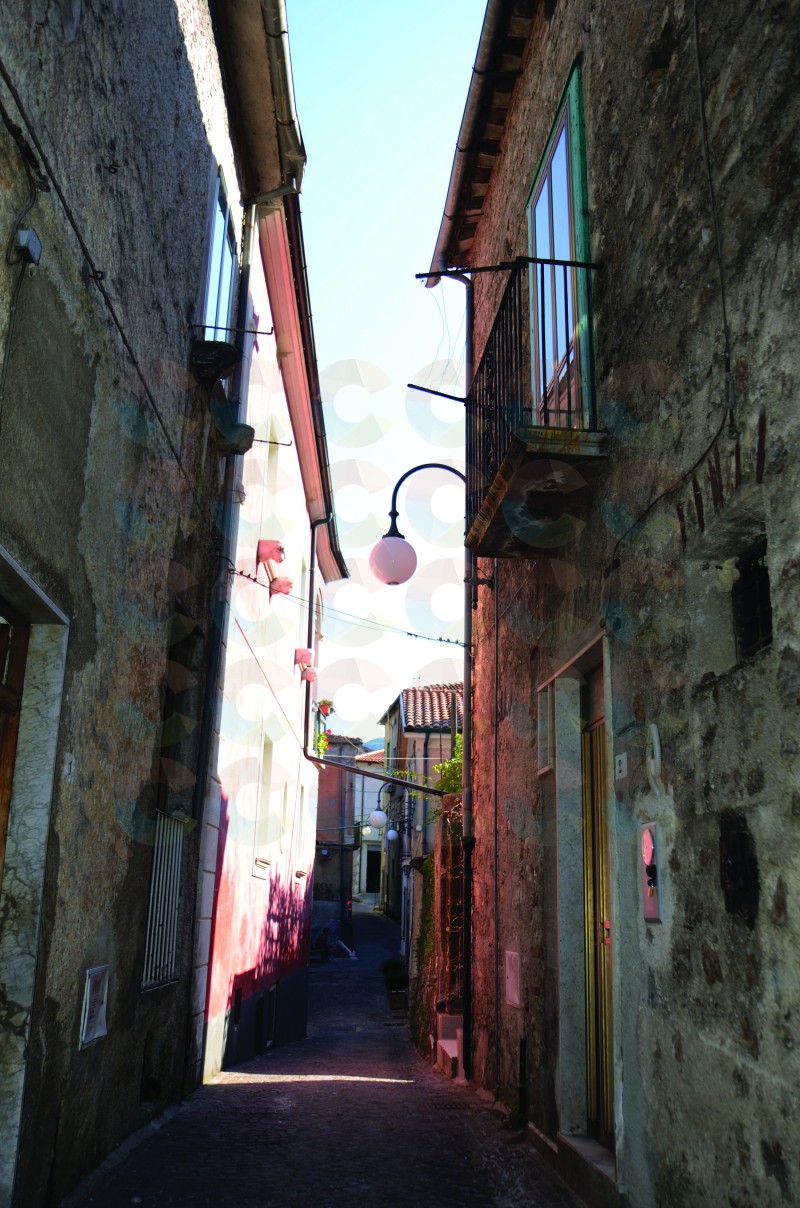 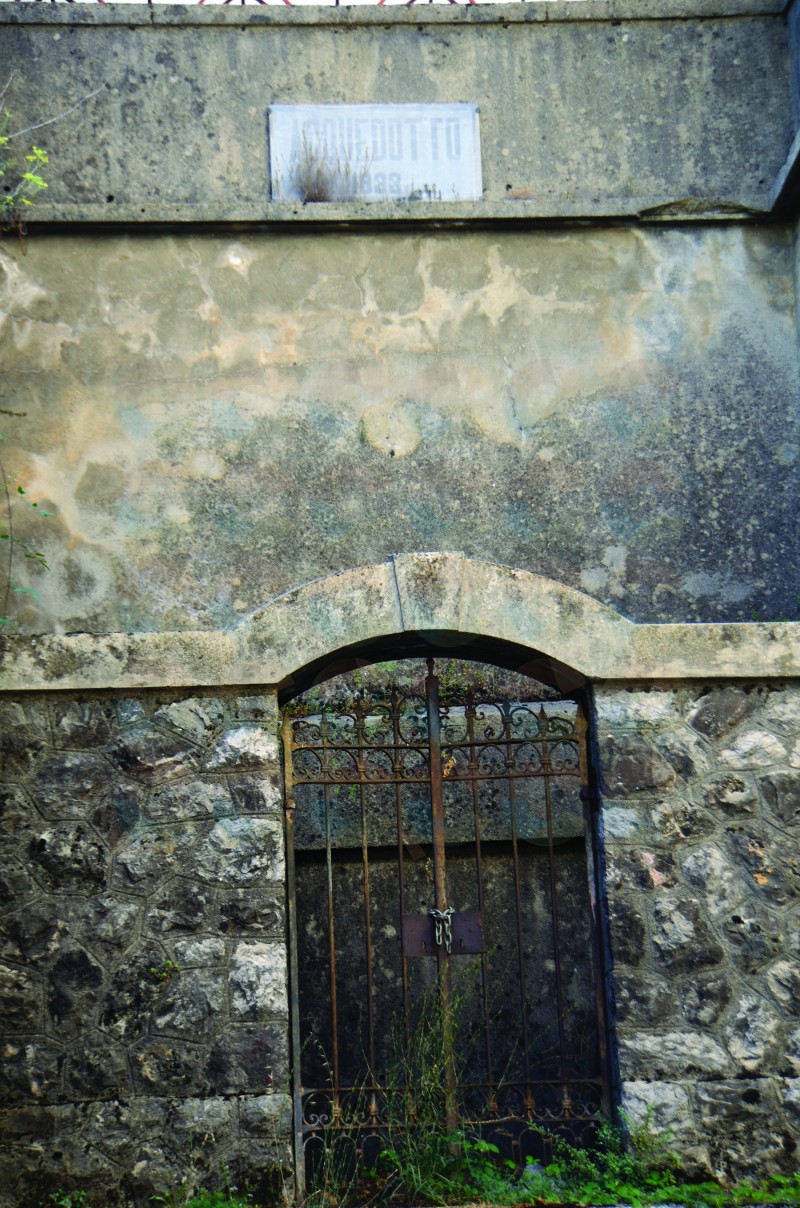 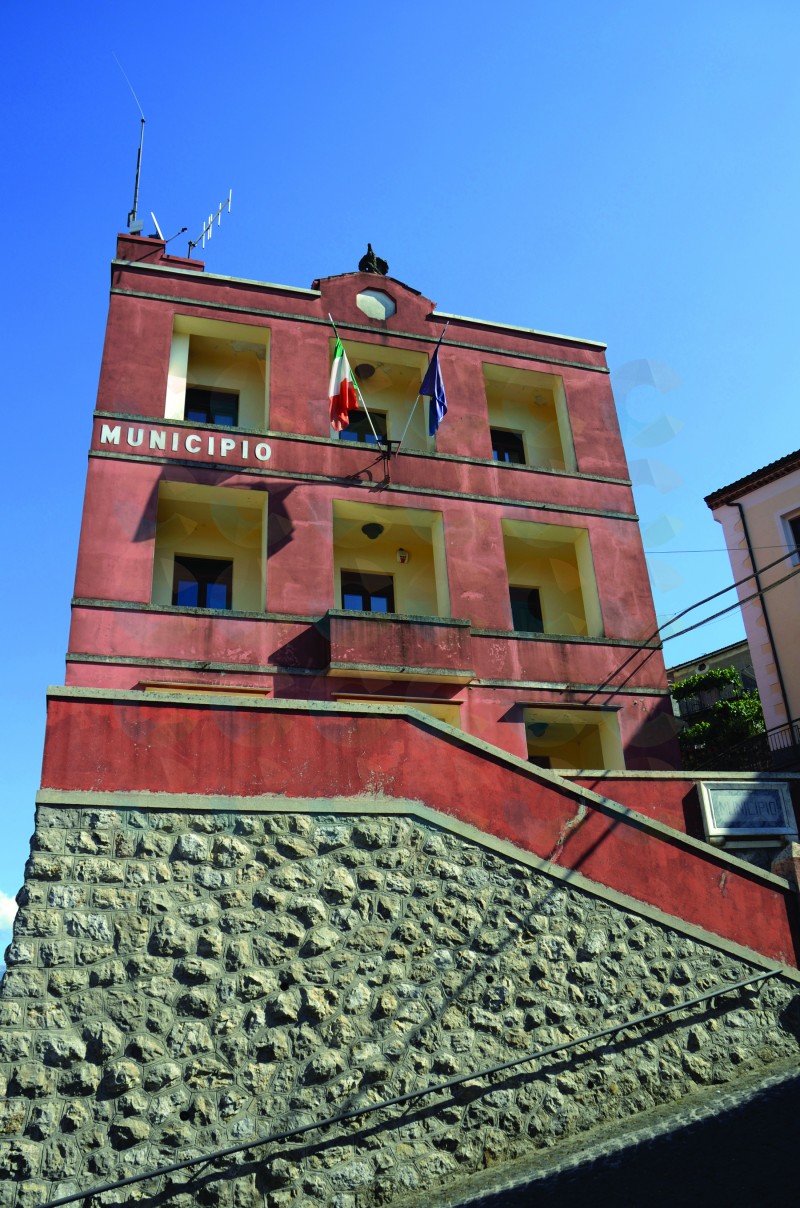 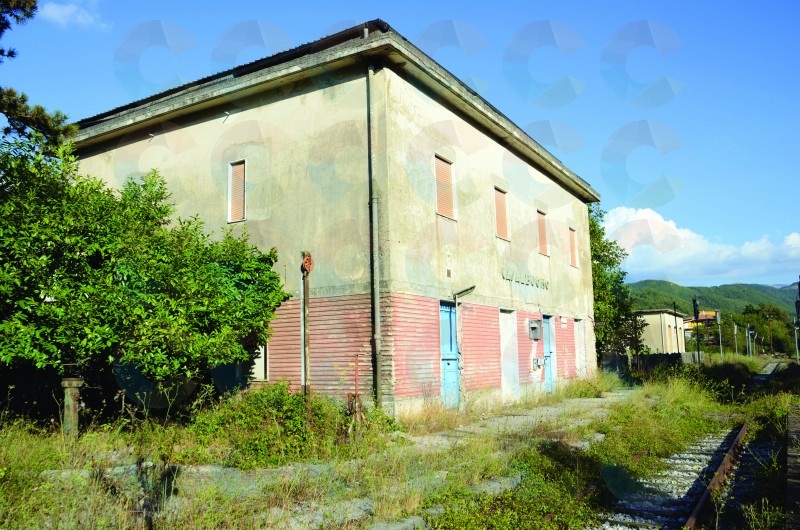 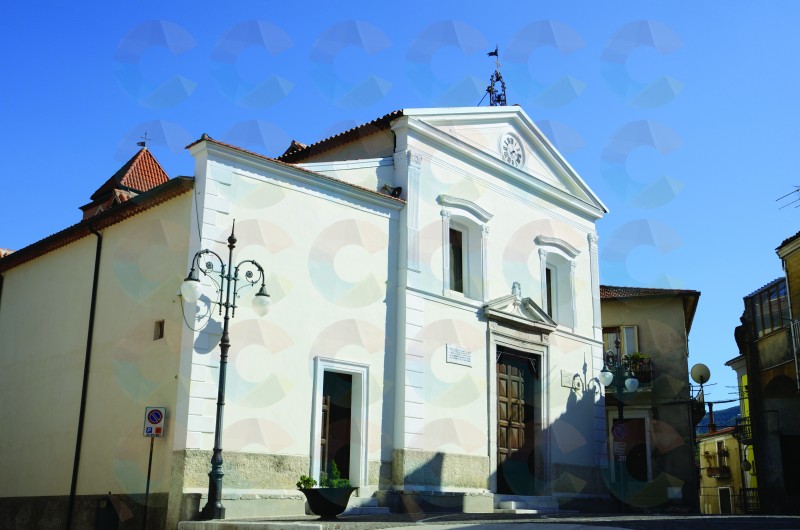 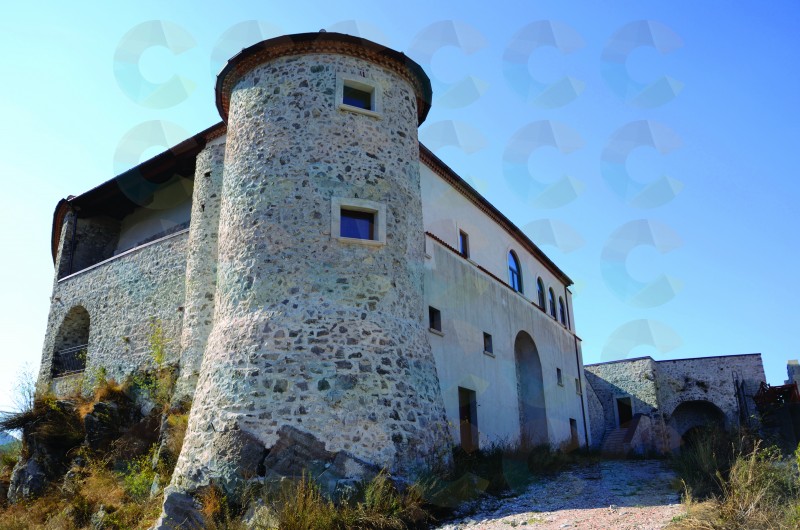 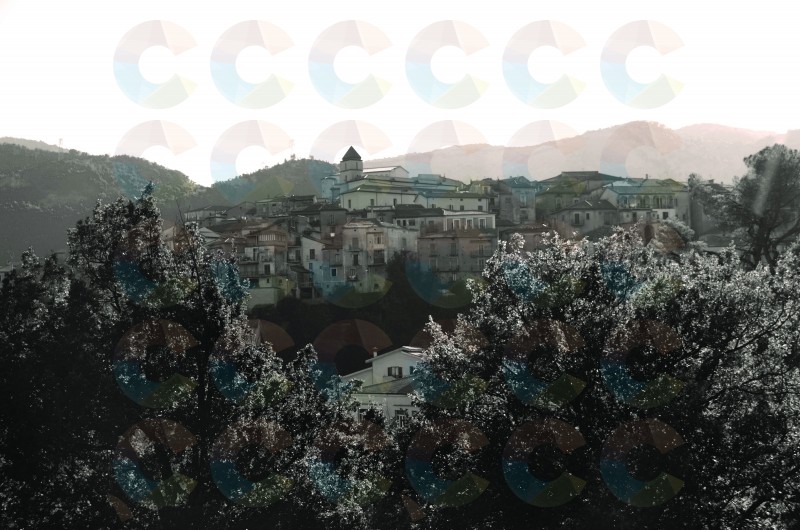 Village protected by boundaries, and on the top of the mountain, from the castle which a chapel turned then to deposit. In the inventories it is read that the village had been destroyed in the times of king Manfredi and then reconstructed in angevin age. In the angevin Registers, in fact, is news of the «vir magnificus vir.Joannes Dominus Casal Novi».

In the Quinternionis is read that the village was possessed by the monastery of Cadossa, of which it is confirmation in other Registers. In the Quinternioni is read then that, «in year 1496 the said Castle of Casal Nuovo was possessed by Guglielmo Sanseverino, count of Capaccio, for rebellion of which, king Federico gave land of Casalnuovo to D. Ant. de Cardone together with the land of Rivello».

Then, following the death of Francis Claps (9 March 1665) the feud passed to Porzia Claps but om June 6 th 1725 it owned to Agnello Di Stefano and from the ancestress Porzia Claps (+ 21 November 1718). Agnello successor was his brother Nicola and from him (+ 14 March 1793) to his child Giovan Battista. The family belonged to the salernitan nobility.

To the abolition of the «Seats» was counted to the Register of the Piazze Chiuse in the people of the aforesaid Nicola and Giovan Battista. From the ancient lnventario of the '300 are news of the church of S. Maria, in the plaza of the village, and of the chapels of S. Nicola, S. Margherita, S. Sofia, S. Maria Annunziata, S. Vito and S. Anthony. In the suburb there was one of the so many hospitalis, then destroyed by the earthquake of the 1688. There was also a mill of the abbey.

Among the feudal rights: the tithe to the monastery and from whoever sowed in the territory; two annual ounces to pay «in the feast of S. Maria of the month of August from the university of the men of the hamlet, in exchange for three works, which university was kept »; the «plateatico» and the slaughter house of the swines. Concession of inhabitants to build houses for who wanted to live in the hamlet or in the territory.

The people that enjoyed some goods of the church was kept to pour 12 tomolas of wheat to the priests and to give to the abbot 13 « tortani » of bread to Christmas and Easter. To the time of the bishop Tommaso of Santomagno it was defined, arbiter the bishop, the amount of the due one to the priest and the abbot in the case of obsequies of little boys (half for each).The families of Casalnuovo were one hundred. The jurisdiction of the causes, also of the criminals, was of the abbey as center nullius.

The village was « reserved room », that is it was exempt at the heavy «regalìa» of the lodging to the soldiers. In 1754 it had around 1300 inhabitants. From the Inventory onciario notices that the capifuochis (capifamiglia) were 231, of which 34 massaris, 189 laborers, a physician, a notary, 17 priests, 7 churches and chapels. The inhabitants were taxed for ounces 5441.12; the cleric for 289.4.

The baron Aniello de Stefano for terrestrial, buildings and animals (1023 heads) had been taxed for ounces 966.19, but he succeeded in getting the ounces reduction 387.9. Of 1530 (11 April) is the statutes of Casalnuovo. Giustiniani has the village to the voice Casalnuovo putting it in the territory of the Abbey of Cadossa in the mountainous zone. The village is crossed by the Calore river that it is originated in the territory of Montesano. The inhabitants, to his times, they were 1762, I understood the 62 of Cadossa.

For the abundance of the waters there was a mill and a «gualchiera» of the abbey. It misses in the Galanti. In Alfano it is news that the criminal jurisdiction belonged to the house Antinolfi with title of marquis; the inhabitants were 1377. From Giustiniani also the censuses from 1535 to 1669 and during the plague of the 1656.

Our Lady of Consolation

On 9th and 10th september