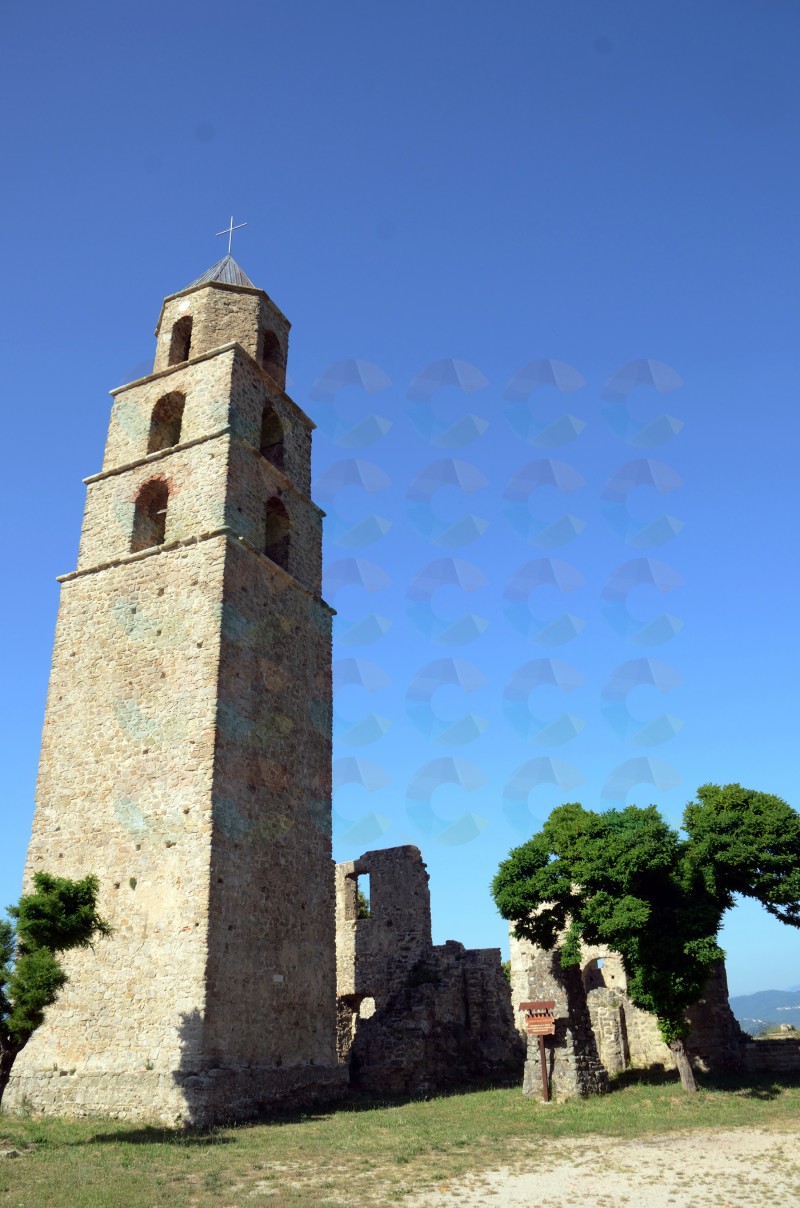 In the Archive of Cava large is documentation on the villageS. Magno (for metathesis then S. Mango) and its monastery, of whichthere are also some names of abbots and priors.

The oldest extant document is the most often mentionedDiploma of the 994 principles of Salerno who also informs thenew policy established by the sacred salernitan «palatio » of protectionof the Italo-Greek monasteries scattered throughout the territory of Cilentomost probably still unknown to the central government. With itthe Spoletine John Lamberto and co-regent son Guaimariowere broad concessions to Andrew, «monasterio vocabulo sancti magni, in loco turano,actus lucanie ».

Location simplified in subsequent documents, because the importance gradually assumedthe monastery dispensed notaries and judges to mention in the contracts Turano location.It is a very important diploma, as I pointed out, and becauseshows the existence of the village of Cilento, both for the many topographical namesindicating boundaries that allow a better placement inmap of monasteries, churches, mills and land owned by that ceniobium, whose foundation, therefore, can be traced back at least to earlytenth century.

Goods consisting not only in the lands surrounding the monastery and broken up by the activity of the Italian-Greek monks and from families that followed them or put around the kiosks built by them, but also in churches mentioned there, as it is explicitly stated in the diploma. Near the Churches there were cells and grounds, germinated from the oldest of S. Mangoand related to each other, according to the precepts of St. Theodore Studita.

We learn then from a memoratorio, perhaps of the same abbotAndrea, drafted in the same princely palace of Salerno in 1008,that the accounts of Magliano, Adalberto and Rodelgrimo, confirmed the donation to the monastery of S. Magno of the Church and monastery of St. Mary of Camporosso built by their brotherGuiselgardo that, suit the monastic habit, became the abbot.

To monastery of St. Magnus (four namesakes for Di Meo), butto another abbot Andrea, was sold a vineyard inPersiceto by four brothers and their mother in 1044. In 1047perhaps the same abbot bought from a man called Fasano, son of Leone, lands in Persiceto for ten tari. Of 1049 is a conventionbetween the monastery and a man called Golferio about assets held in common in Lustra. In 1053, Maraldo, son of Cunteni, donated to the monasteryall the assets held in Lucania and Cilento.

In 1063, Golferio, son of Radoaldo, confirmed to the monastery of S. Mangothe donation of land in Persiceto and in Cilento and of mills atriver of Lustra. In March 1078, Maraldo, son of John Carsico sold to abbot Abalsamo, for 24 golden tan, half ofpossessions in Persiceto in common with Mauro, son of John, with the right to the seller of « erba pabere et escacolligere et arbores iusta ratione incidere ».

In December of the same yearRainaldo, Orso and Landemario in Cusara, having asked«Havitum sanctimoniale induere » donated to monastery all theirassets existing in S. Magno and other places of Lucania.The first news of the passage of the monastery of St. Magnus to theAbbey is taken from a dispute between the monastery and predicted Giovanni, son of Lamberto, from Capaccio. Before the court, LandoAbbot Peter in August 1094 accused the defendant 'qua malohordine et sine ratione intrasset ipso Johannes intus rebus de sanctaLucia «, offers to the monastery, and also » intus preceptum sancte Trinitatis ». In 1112, Ruggiero Sanseverino offered to monastery ofS. Mango one of his vassals, who lives in «Valle molendinorum »,with his wife, children, grandchildren and assets held.

In the Archive of the Abbey there are still 47 other parchmentsthat mention however S. Mango, one of the most flourishing monasteries fortunesin the territory.S. Mango is also repeated in the news Register of the abbot Tommaso. On September 3, 1261 they named prior of the monastery (also be laity) William of Serpito, who swore to «beneregere et meliorare » the ownership and to deliver annual 25 rubbi wheat for seed, 9 rubbi of food for «biforco », 4 Wheat for the peasants, the usual costs for the field of Licosa and as «salutes »at Easter and at Christmas the usual pork. Ventimiglia, in ensuring the existence even in his dayof the ruins of the monastery, informs of the local fiefdoms of John of Griso, John Giudice and the feud Vatollese at the time of Abbot Maynerio with peasants, landowners and simple «angarari » the first subjets at lower weights to the Abbey in front of seconds.In 1362 the monastery had, among the dependent cells, including San Feliceand St. Marco, located on the slopes of the Stella; in the convention of 1382 between the bishop of Capaccio and the Abbey, the prelate acknowledged employees tooth from Badia also « monasterium Sancti Magni cum cellis suis. »

After the passage of the barony of the Abbey to KingLadislaus (1410) is no more news of the village and the monastery ofS. Magno that Ventimiglia believes abandoned by the monks. The village, passed to the Sanseverino, suffered the fate of the family: in that periodA part of it was known as the « Santo Magno castri rocci » (St. Man-go castle of Rocca).

In 1553 S. Mango was sold to Ferdinando Loffredo of marquises of Trevico divided into two parts: S. Mango S. and Mango castri rocci.Later S. Mango passed to the Duke Del Pezzo and by him tohis son Tiberius, who in 1601 sold S. Mango with rustic feudto Antonio Caracciolo, Duke of Boiano.

The son Mauroin 1612 alienated the two fiefs in favor of George Mendoza, who in1620 ceded it to John Caputo. In 1623 the latter sold itto Thomas Aquinas, prince of Castiglione. Giovan B. Aquinas,in 1678, alienated the fiefs in favor of Duke Gian Francesco Sanfelice,in whose family feuds were long kept. In 1747, GennaroSanfelice renounced in favor of his son Jerome them alienated in1751 in favor of Domenico del Giudice, whose descendants gave,then, the barons of S. Mango.Giustiniani places it as the voice Santomagno Castriroccias in all «situations » but «it should be better known as the land of Santo-magno »and that the monastery from which the village took its name.

Feast of Saint Mary of Heremits,

Festival of sfriuonzolo under the arch