Ruferano, Rofrano. Autonomous University until its elevation to the City. Km from Salerno. 134. 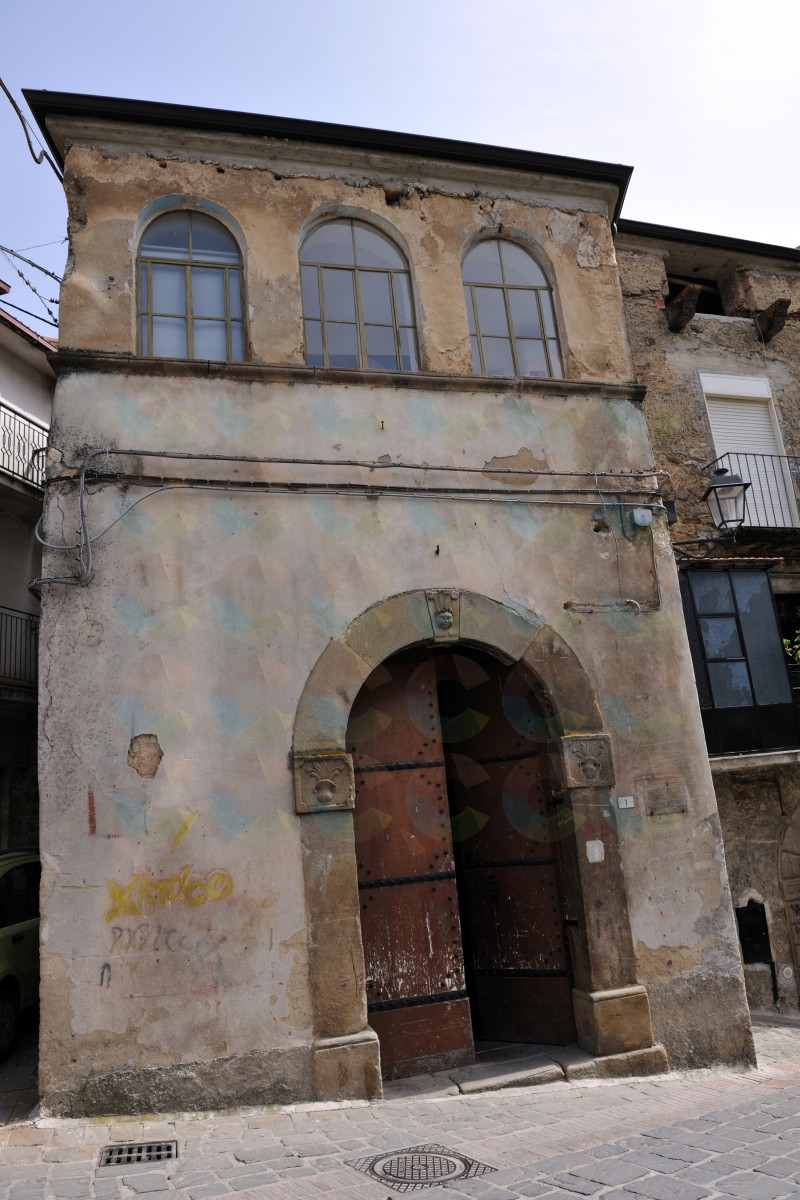 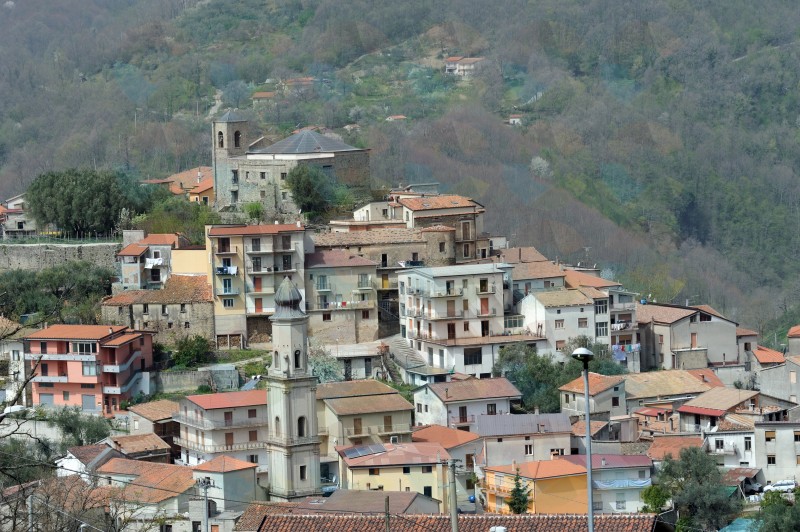 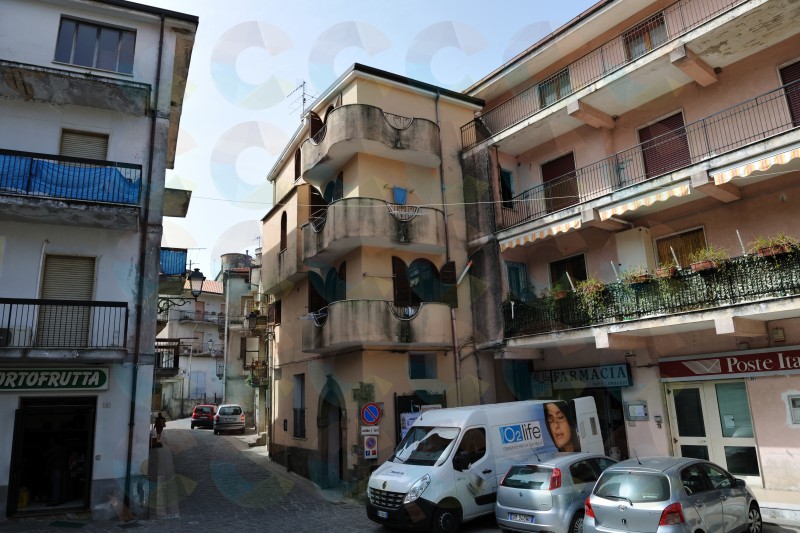 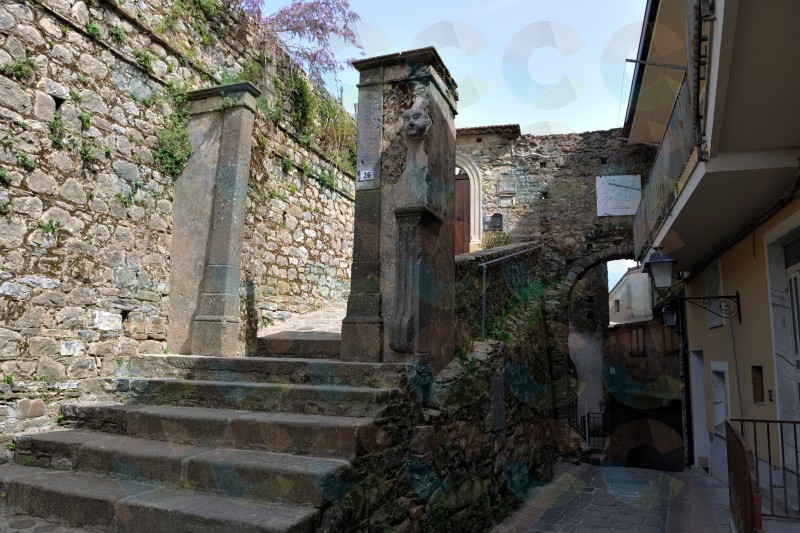 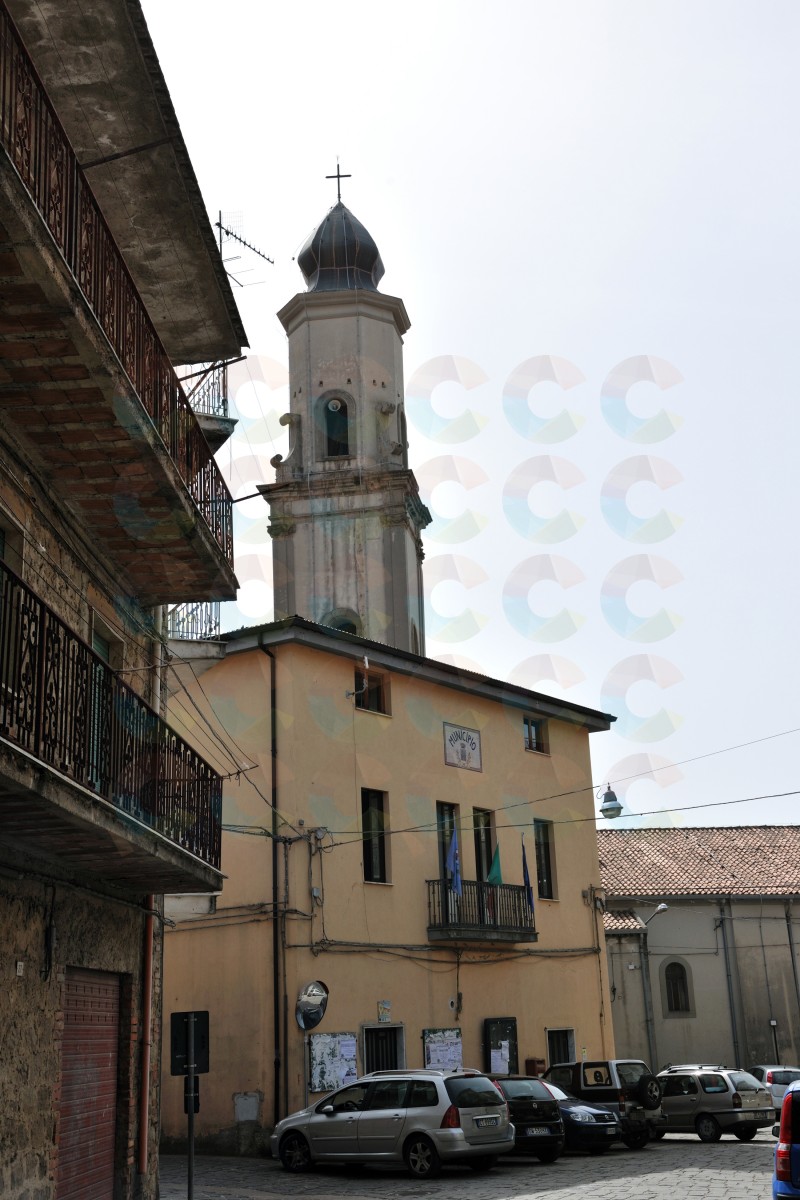 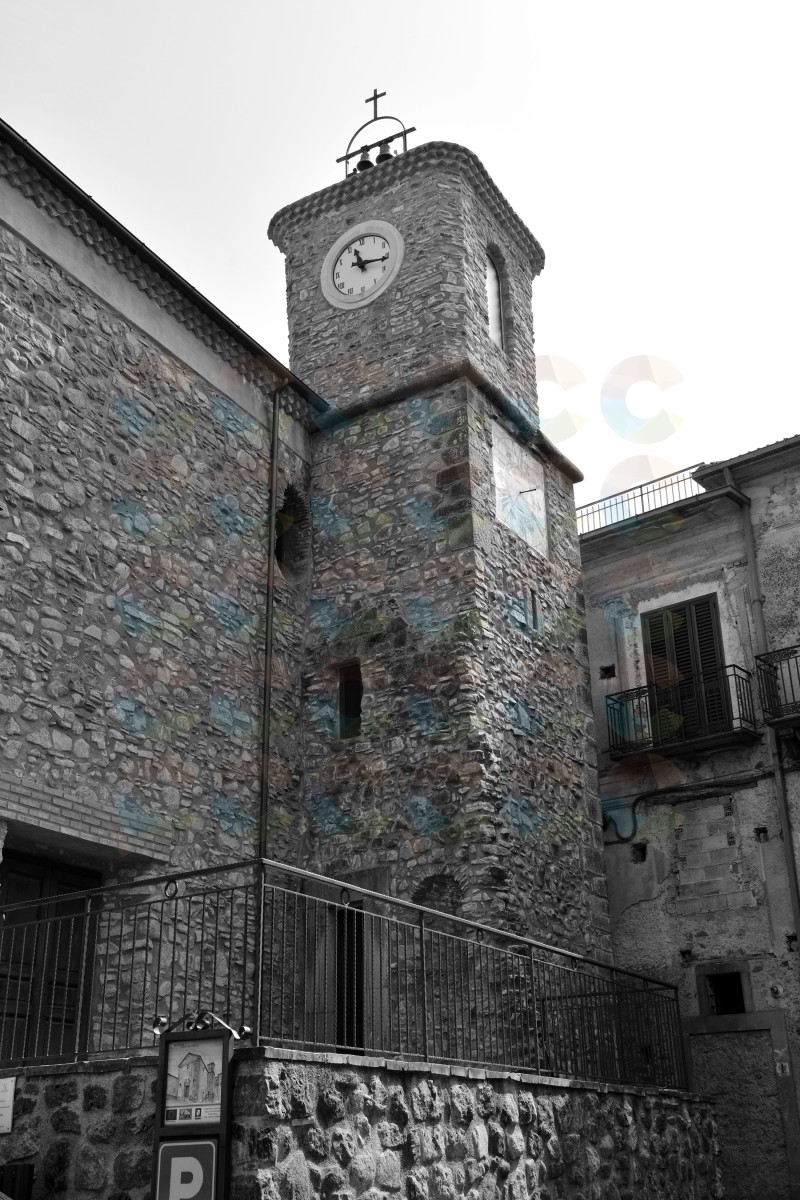 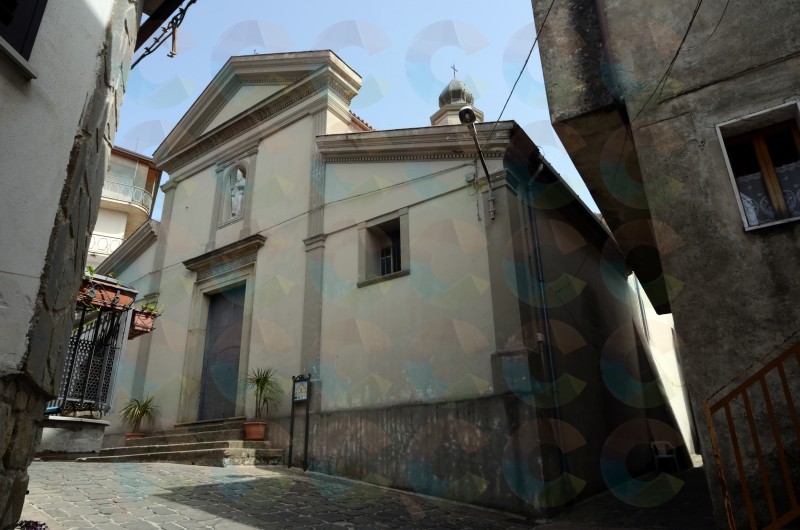 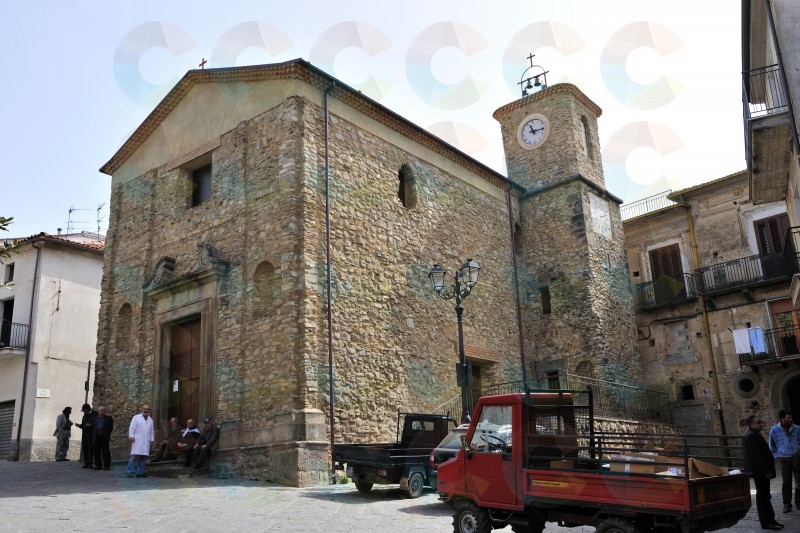 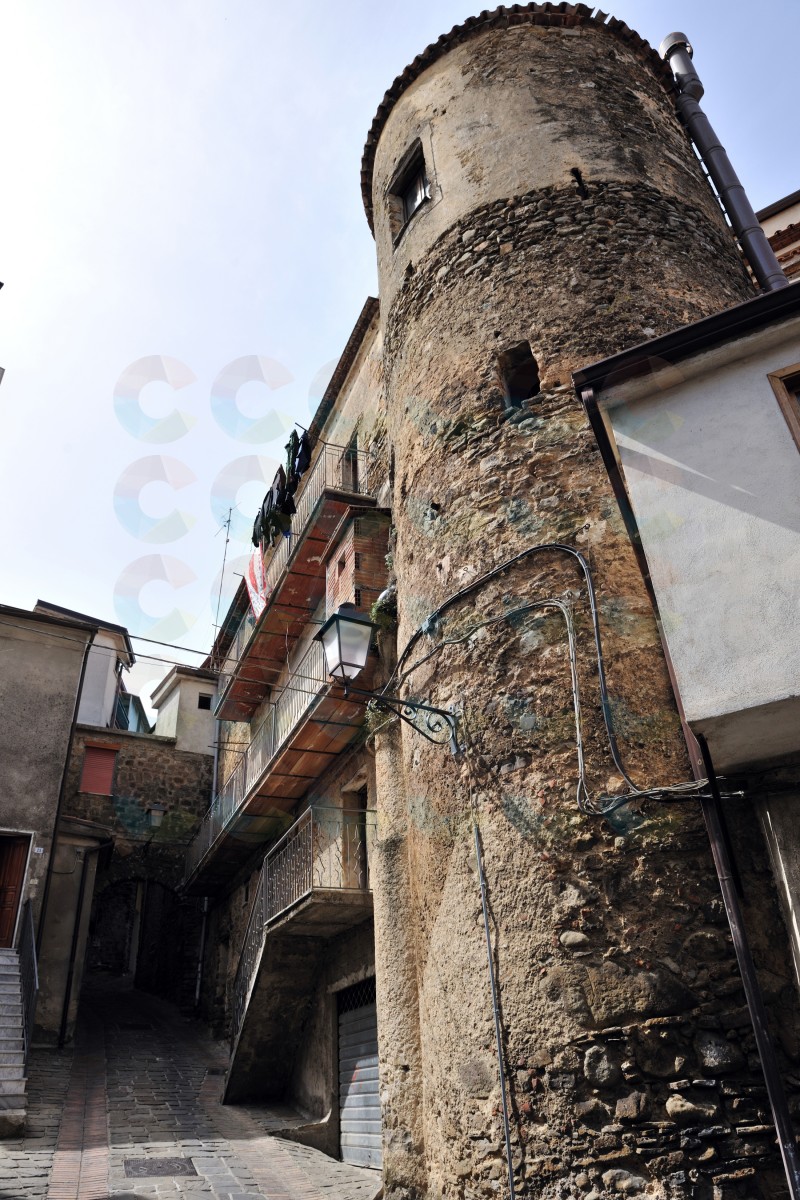 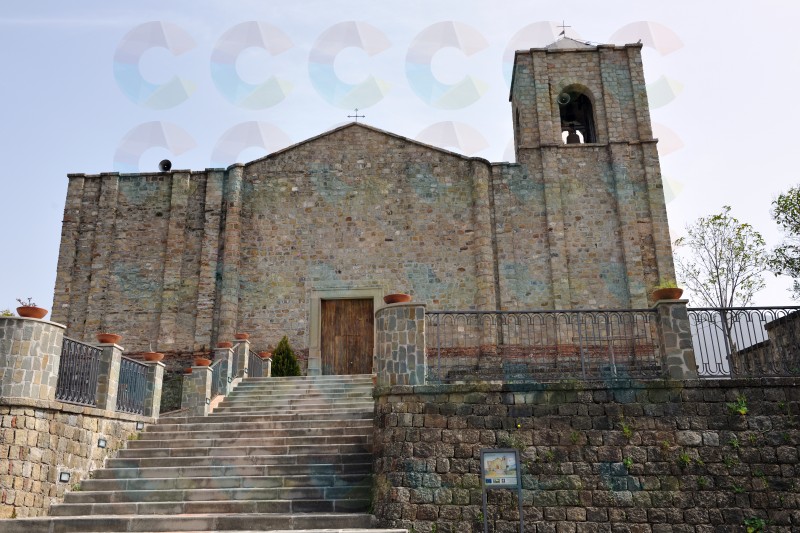 First local establishment of a village (Rofrano vetere) arose around the Italo-greek monastery of St. Mary, evidently S. Maria Hodegitria, 4 miles Northwest, under Mount Rotondo of Rofrano new.First sure news of the monastery is in diploma of Ruggiero released in Palermo in 1131 in favor of the abbot of Leonzio of Grottaferrata.

The king confirmed what had been granted to the abbot monastery and abbey of Rofrano from his predecessor William and, before that, by his cousin Roger. Despite the Norman policy adverse to the Italo-Greek monasteries, the king could notdenying the prestigious abbot of Grotaferrata to award the 11 gradients that the famous abbey possessed in that places.

The king, therefore,also confirmed to « ecclesiam sancte marie rofrani sitam in partibus Policastri» its «grantiis villis et pertinentiis', namely the monasteries ofSt. Archangel of Campora, St. Mary of life of Fonga or Fogna(Today Villa Littorio), S. Zaccaria Sassano, St. Peter at Tomusso in Montesano and St. Mary of Siripi in Sanza with Ce1le and dependencies. The settlement in the place of the monks is certainly to be placed between the IX-X century if already in the XI was so prosperous and connected with the famous abbey of Grottaferrata aftertransition of S. Nile from Rofrano and the foundation of that abbey. Bywhat the pride of the monks of their direct dependence on the church ofGrottaferrata and the union to its title of the church of that predicate.Lack of news about Rofrano vetere except the nod inlegendary life of St. Helena of Laurino.

The holy hermit in return ofthe little food offered by the monks would have patched up their cassocks.Rofrano new built around the Church of St. Mary. To familiesthat formed it joined those of Rofrano vetere and those of Fugento, a settlement between Rofrano and Laurin and whereis nod in the diploma of King Roger.Already in Norman age was recognized to the abbot local powernot only of Rofrano, but also about Caselle, as appearsfrom «Catalogus baronums». The spiritual jurisdiction was preservedby abbots until to 1583.Of Angevin age is only news concealment of two fires(see Agropoli), so the recovery order of XV tari.

The feud wasalways owned by the monks, as can be seen from a judgment (25 obtainedtober 1434) of abbot of St. Giovanni a Piro. Probably notmust have all the bodies feudal if Scipione Mazzella, in List of the Nobles, included in the polling Capuano, recalls (1369) JamesMorra for fiefdoms of Caselle, Centola Foria, Morra, Poderia, Rofrano,Rocca Gloriosa and S. Severino di Camerota (then Centola). AlsoCamillo Tutini says that Rofrano was owned by Count Alemagna of Buccino, along with Balbano, Laviano, Ricigliano and S. Lorenzo, adding then Rofrano that belonged to Count Giacomo Gaetani,news that is confirmed in a document of the Aragonese in 1445.

From Aragon sources, in fact, we learn of the Count of funds andPayment «pro feudal servicio que seu adoha Rofrani lands eastJacobi Gaytani fratris the duc. sexaginta. »We do not know if at that time the monastery of St. Mary continuesto celebrate the rite greek. What is certain is that there went the commissionApostolic chaired to visit by Athanasius Calkeopilo in 1458.Is not sure, however, if he did not make it becausethe monastery was directly responsible by Grottaferrata.

Nor we knowif it had been in commendation and what were the abbots.Antonini, and in its wake Ronsini, says the feud was alienated on 11 January 1476 in favor of Anello or Antonio Arcamone of Naples. Ronsini states that in 1477 was bought, to procare, a vegetable garden in Rofrano in locality S. Brancato or Capizzi by AntonioArcamone of Naples. Diclared rebel, for having participated in the conspiracy of the barons, the Arcamone was arrested (August 13, 1486) and then took off with the confiscationof all his property. The feud, then, returned to the Crown and was grantedby King Ferrante to Stefano Roberti, which followed the son Antonio DominiRoberti. In «Notamenti» we learn that Tiberius Domini Roberti in 1540 sold to Rofrano Giuliano Cesarino, followed (1568) by Giovan Giorgio and then (1586) by Giuliano, Duke of Civitanova and Marquis of Civita Lavinia.

On March 14, 1490 was grantedby King Ferdinand II to John Carrafa, Count of Policastro, whichdespite having paid for this feud the amount, he had theprivilege only later. Ferdinand II (Ferrantino) added the feuds ofAlfano and Sanza, feuds all confirmed by King Frederick on 5October 1496.After the sale, the monks remained in the monastery preservingthe spiritual jurisdiction of Rofrano, where they were baptesimal churches (St. Nicholas of Myra and St. John Baptist). They were then expelled from the monastery by the Carafa, who transformedthe building in a baronial building.

But Carafa did not keep long Rofrano. For debts, on September 26, 1562 Federico Carafa soldRofrano to Scipio Scondito for d. 10,500. In 1526 the SRC auctioned the estate which was bought by Lucrezia Comonte, Countess of Barletta for d. 11.630. For the increase of the sixth by G.Baptist Minutolo, the SRC auction resumed the feud that remained toComonte for d. 13,400.

On November 26, 1583 Lucretia Comonte and her son Ottavio Cognettisold fiefdom to Giovan B. Farao, who was succeeded by his son Hector,from which to Michele. In 1650, after the consent of creditors to declinethe price, the estate was purchased by d. 16,000 by Jerome Capece.This one maybe did not have to pay the 'full amount, if the SRC resumed thesale of Rofrano. But only ne1 1682 the estate was purchased for d. 10,100,by Placido Tosone, who inherited many disputes.

In 1575, as a result of a dispute between the heirs of Baron Farao and Tosonefor the full payment of the feud (the original instrument purchasehad been destroyed in a fire), Nicola Tosone bought the feud.The Cedolario informs us only the latest headers. By NicolaTosone (August 23, 1779), the estate passed to his son Paul (March 81780).

From 7th to 9th september

Feast of Saint Nicholas of Mira

The week in the middle of august