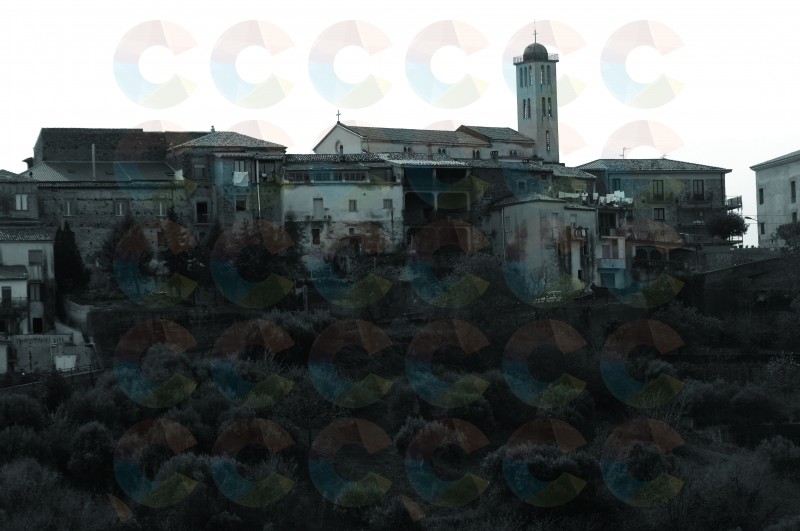 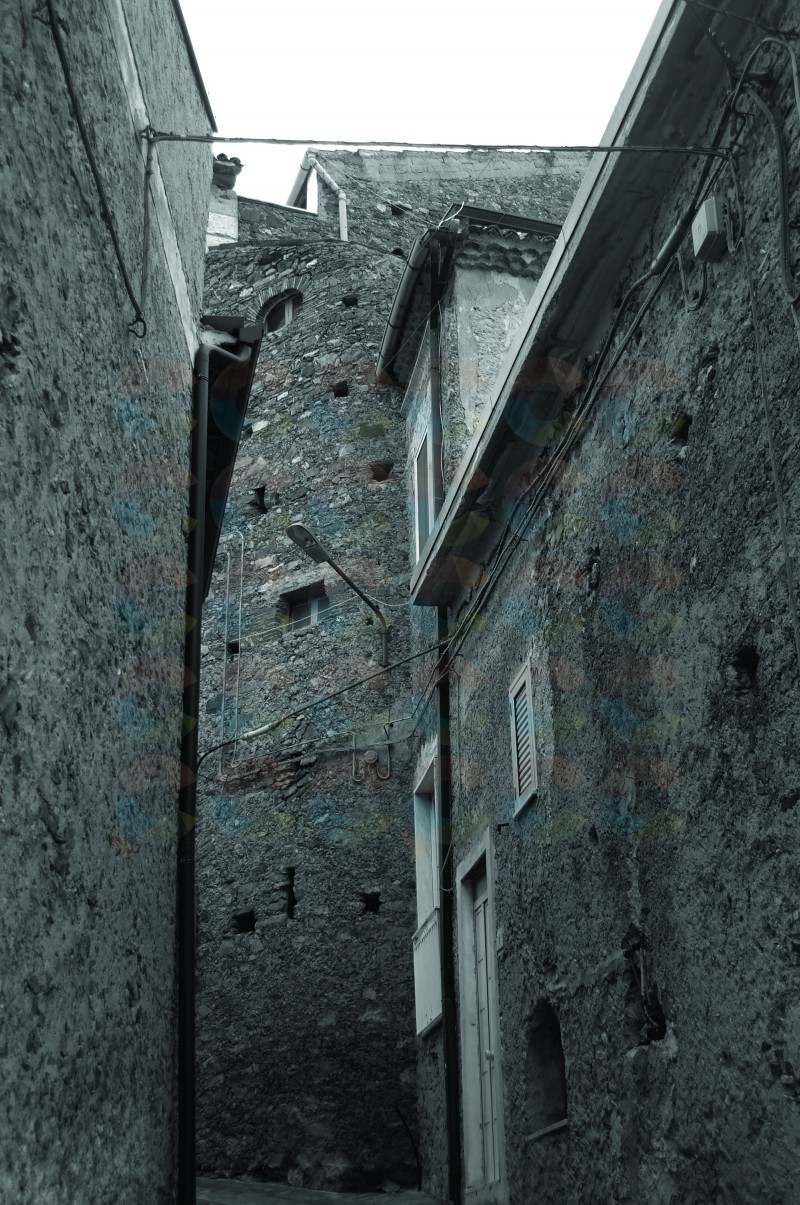 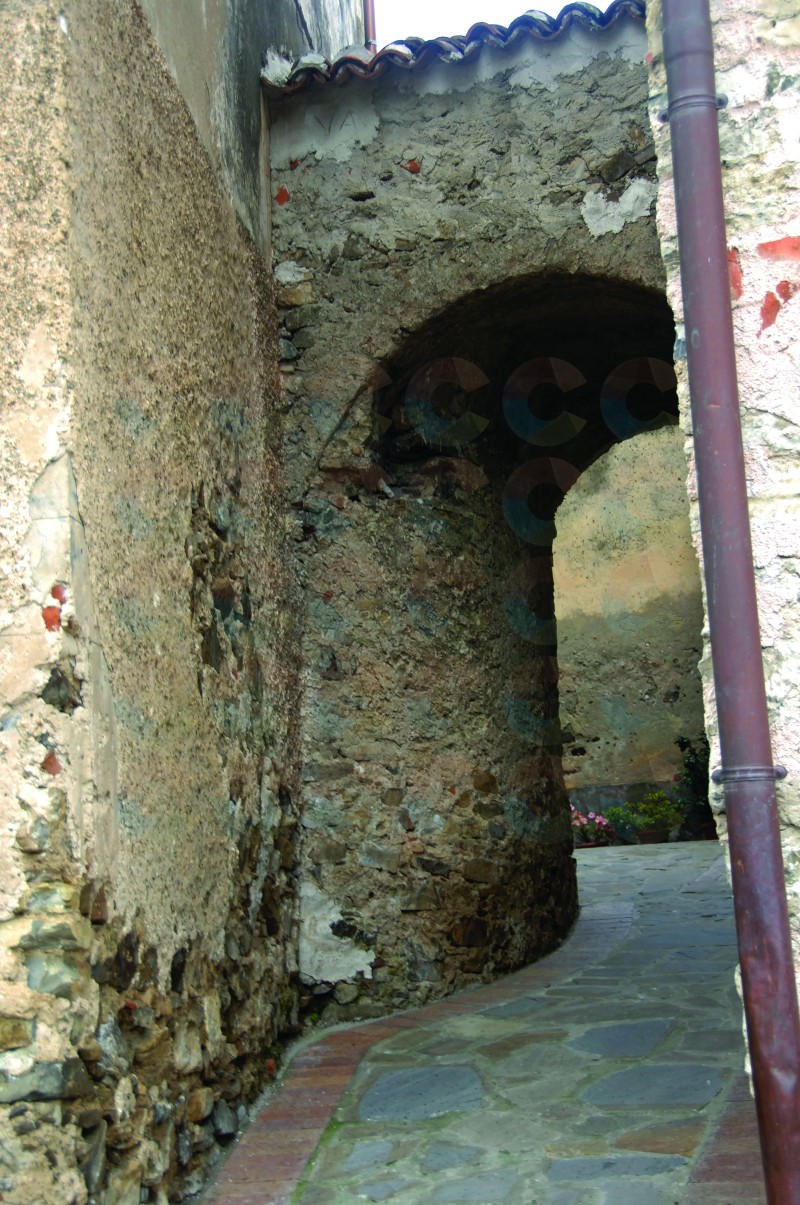 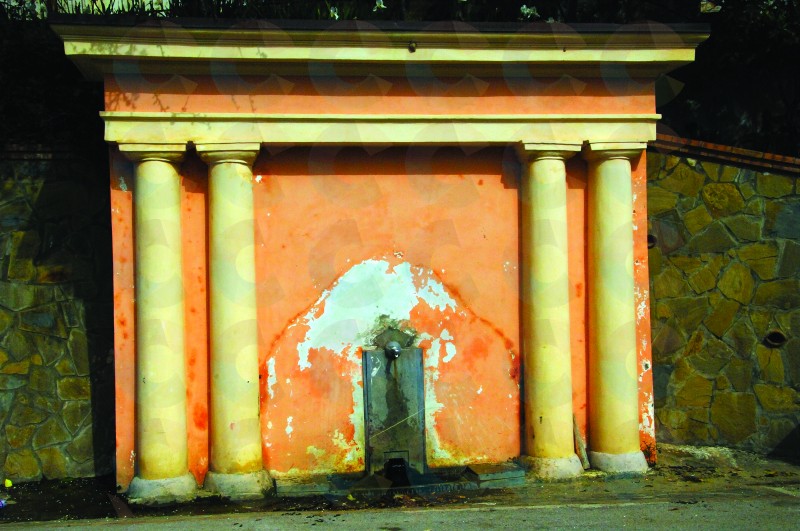 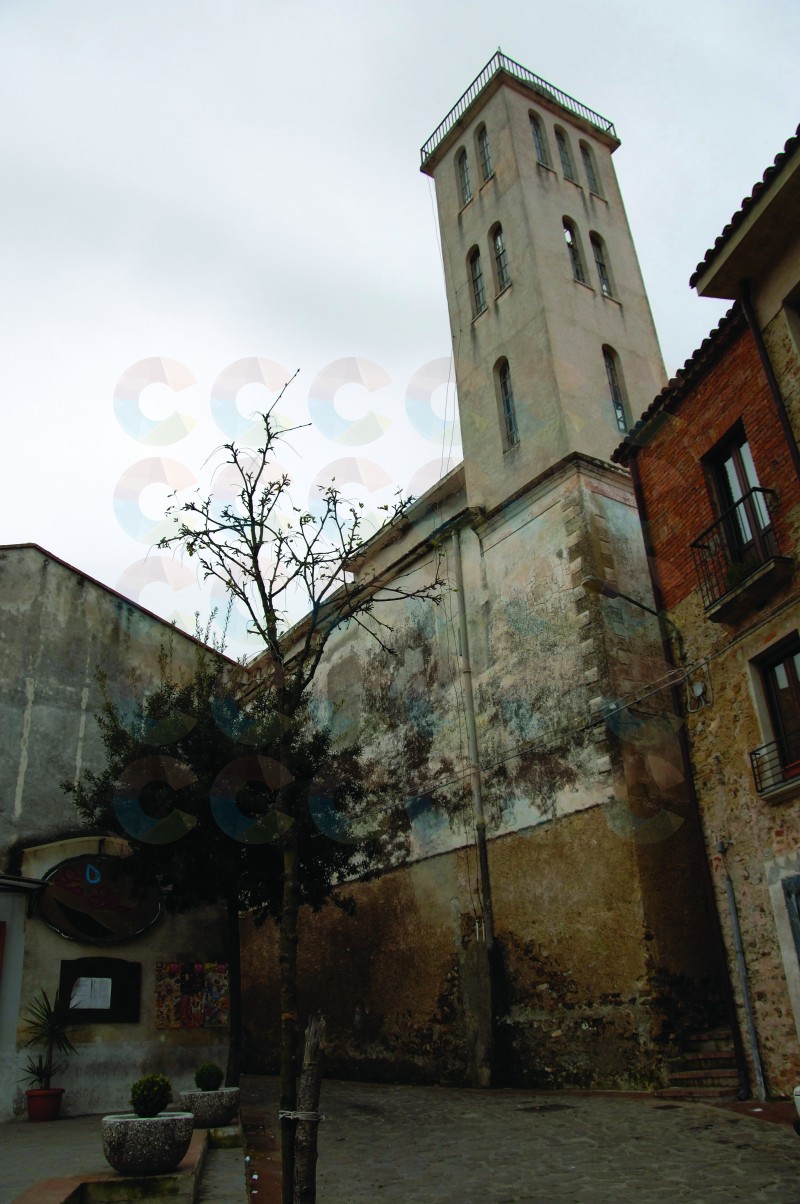 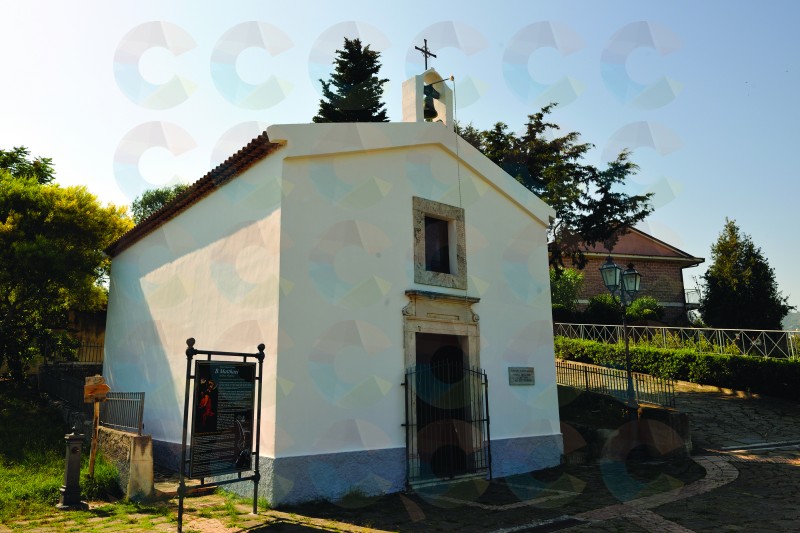 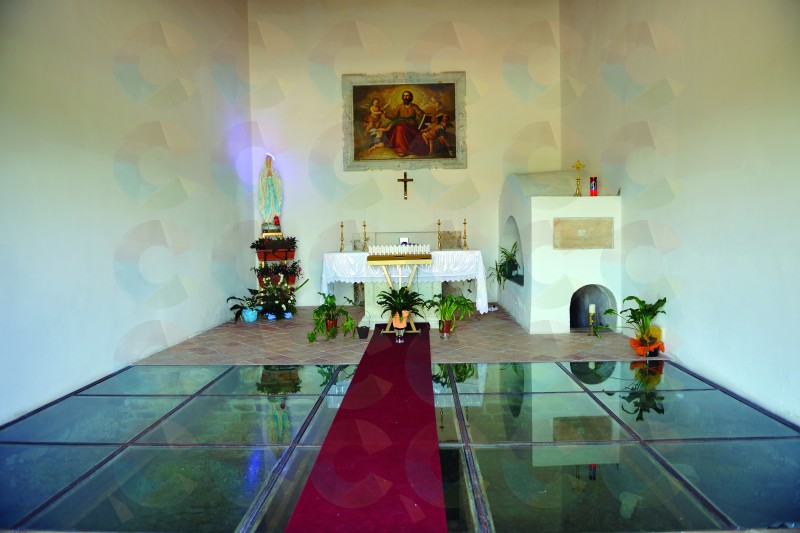 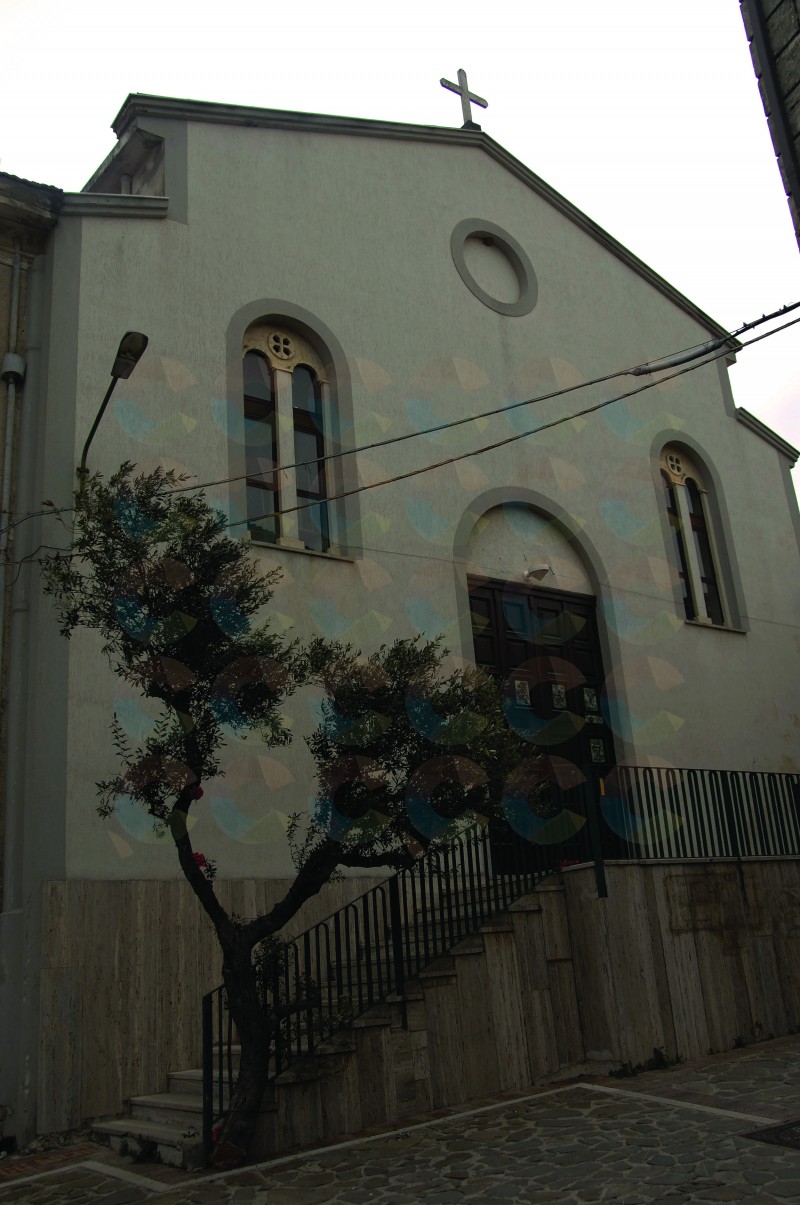 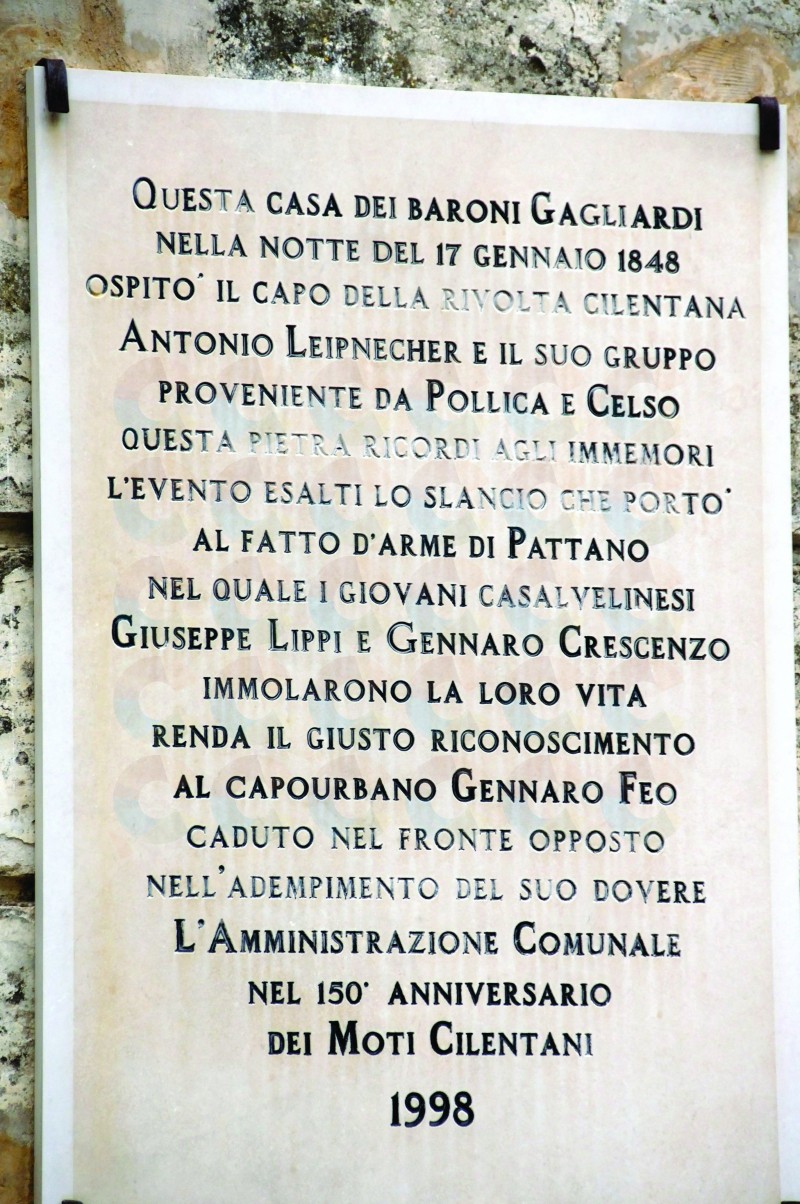 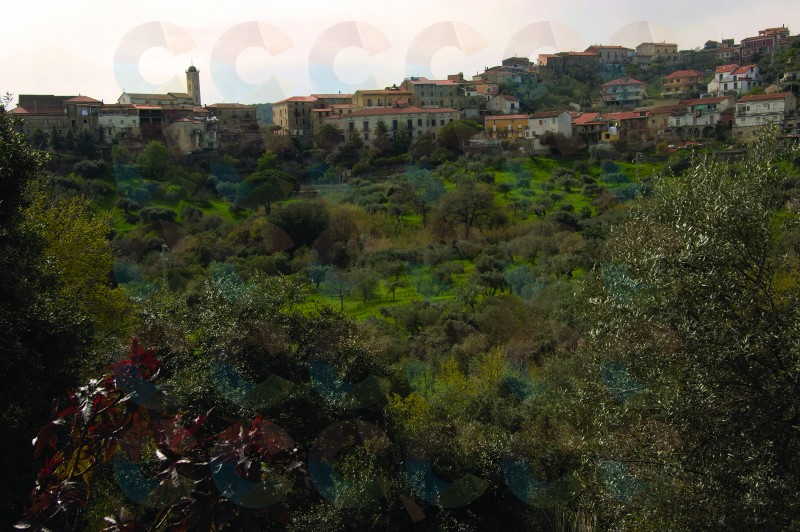 The tradition wants that the raids of saracens and above all the swamp formed around the church of S. Matteo Duo flumina had forced the inhabitants of the lowland to go up again the near hill for an effectiveness defense against the anofele malarigeno that, still in the first ones of the '900, infested the plain one of Velia.

Ventimiglia had written of it. He affirmed that the abandonment from the families of the hamlets of S. Matteo to the «two rivers, of S. George and S. Zaccaria had formed the nucleus of inhabitants that, « united together », had constituted then «the territory of Casalicchio ».

The hamlets of S. Matteo and of S. George, however, were still living in 1339 when the Abbey gave the excise of S. Matteo. Also Mazziotti says about the abandonment of the villages and about the new settlement on the hill of the inhabited area of Casalicchio, « where the monks were also from another adjoining convent devoted to the SS. Annunziata », news this last noticed by the unpublished Ventimiglia. Rather the Mazziotti, following Ventimiglia, assures that the name of the place appeared for the first time in the trial of reinstates of the goods of the abbey, ordered by king Carlo. Of the inhabited area of «Casalicclo» is already certain news in 1063, when was notarized the sale of an oak from Pietro, son of Nobellione.

Besides, already before of reinstates of 1276, in Reg. ab. Thomae is news of the village. If it is clear mention «De Casalicclo », it misses the income of the village received by the abbot Tommaso. In the file Abbey of Cava are still two concessions, of a mill for the fourth part of the income and a wooded land, for the tithe of the fruit, with an ortale for ten nuisance annual her.

Also «Casalichum », with the other hamlets dependent from the ecclesiastical feud of Castellabate got the tax exemptions (1309). In the cavenses file there are, besides, others eighteen concessions, the rent of the hamlet of S. Matteo and relative renouncement, and still other two concessions. The oath of fidelity of the inhabitants of Casalicchio, with the other vassals of the Abbey to the abbot Antonio dating to April 25, 1382. From the documents of Cava is also learned that Sichenolfo Capograsso of Salerno was not only gentleman of Acquavella, as wants the Club, but also in Casalicchio, Pioppi and Massanova.

In the 1410 « Casalicholum » is among the hamlets dependent from the feud of Castellabate surrendered by pope Gregorio XIII to king Ladislao. In 1484 king Ferraante granted Casalicchio with other feuds of the Cilento, among which also Fornelli, to Giovanni of Cunto, which, after the arrest and the decapitation of Antonello De Petruciis, had taken over in the real reception office.

From the 1489 census, however, results that the Curial ones were still barons of Casalicchio (Francis Curiale was still baron of it in the 1522) if the goods of Francis Guarino and family, all corpses in 1501 for plague, « bona sunt sancti Archangels et Vincencii Currialis baronis Casalichi » in the 1508. In 1591, then, the feud, together with that of Castelnuovo, was possessed by the Carafas dukes of Laurino.

To appeal of creditors goods were put to the auction and in 1613 the feud of Casalicchio was awarded to Giovan Baptist Caracciolo of the Giovanna. Charles and Nicola Caracciolo, smaller and therefore represented by the guardian Charles Filomarino, sold in the 1620 Casalicchio and Castelnuovo for d. 3100 to Pietro Damiano.

To the death of him (December 1629), his successor was the daughter Prudence, which alienated the feud for Francis Blandizio in 1634. From this, Coreale family took possession of the hamlet, evidently for brief time, if in 1640 it was already of ownership of the noble family of the Bonitos from Amalfi, among which Marcello (16 August 1631) and Lawrence, gentleman of Torchiara, Copersito, Prignano, Melito and Puglisi. From Lawrence and Giovannella Muscettola, of the seat of Mountain, Giulio that was also gentleman of Lòria (Orria) was born.

Casalvelino didn't also miss tragic events of the Neapolitan rebellion of the 1647. In that time was baron of the place the cruel and bloodthirsty Giovan Baptist Bonito. On July 23 furious crowd, attacked the building, killed the baron, as Capecelatro remembers, and chopped the rests of it on a butcher log. The family, indignant for the crime, revenges the feud to the president of Chamber of the Summary, Gomez, whose creditors made to set to the auction the feud, repurchased (1663) from Andrea Bonito.

In 1714 feud passed to nephew that sold it for d. 17.500 to the duke of Petina, Phillip Maria Trapani, which surrendered it to his first-born Thomas. March 25 th 1718, the duke and the child alienated it for Ignazio Barretta (or Barnetta), duke of Sinnari that, in turn, resold to Anthony Gagliardi, of the barons of Camella, for d. 23.150. From Anthony the feud passed to his nephew, child of Francis, on February 22 1783. Son of the last heading, Mattia (24 February 1795 - 1872), from which Francis (4 September 1822) - 22 September 1908), father of Mattia Gagliardi (10 November 1853), which with the title of noble and with the predicate of Casalicchio was counted into the list of the Noble and Titled of the region.Giustiniani sets Casalicchio 45 miles away from Salerno and one from the sea, on the hill whose territory produces wine and oil.

From 25th january to 3rd february

Arts and flavours in square