Uminianu, Huminianu, Omignanum, Humignianum, Omignano. University autonomous until May 10, 1816, when for Royal Decree the village was united to Sessa in S. Mango. On August 7, 1847, with another decree, the village was separated from Sessa and elevated to municipality. From Salerno, km. 76. 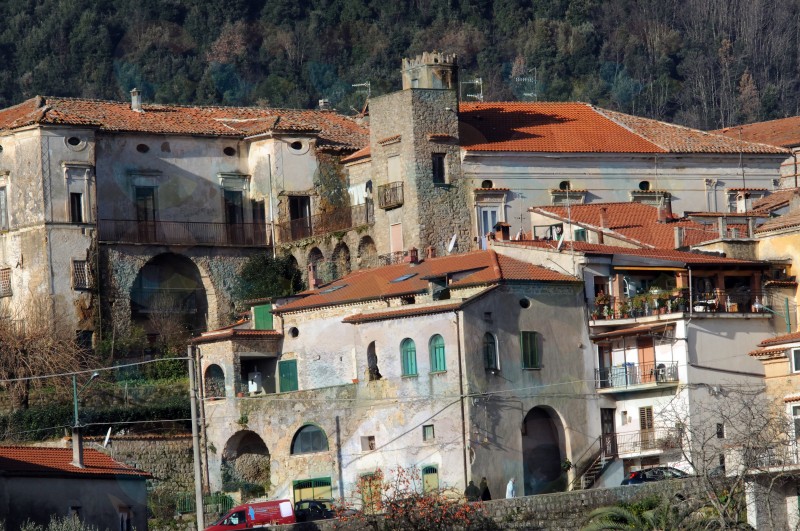 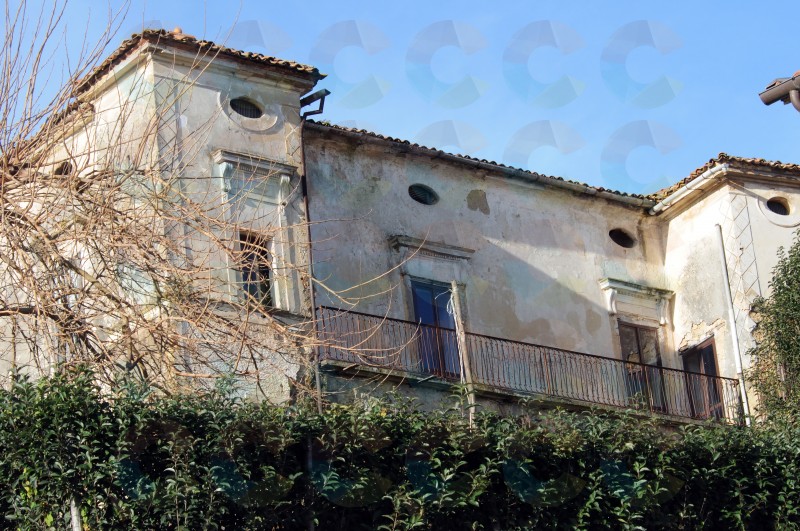 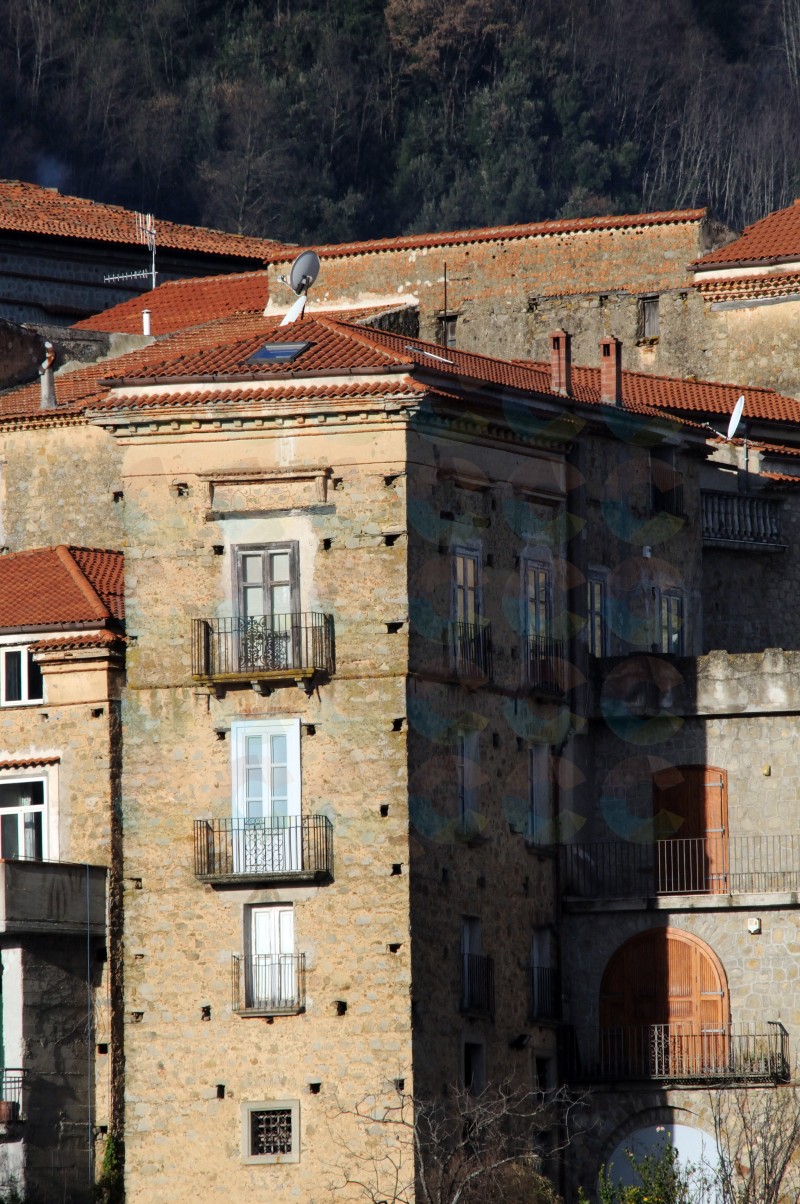 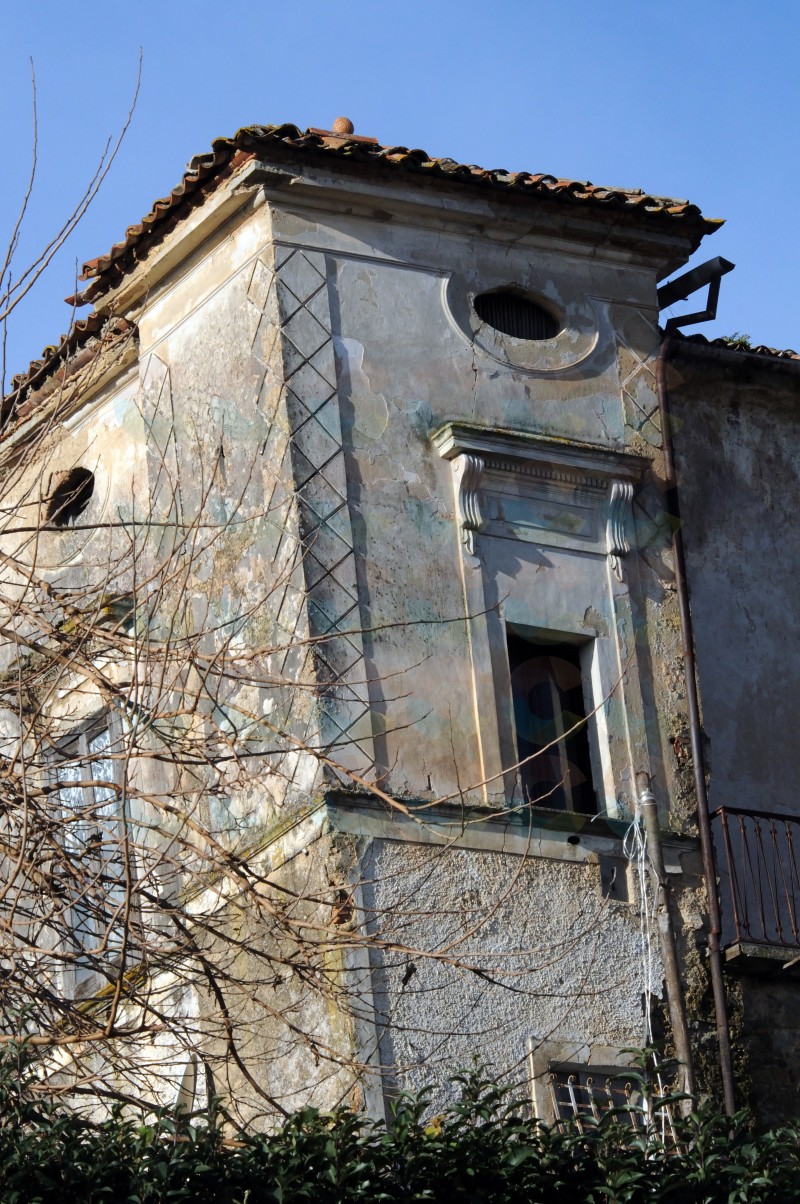 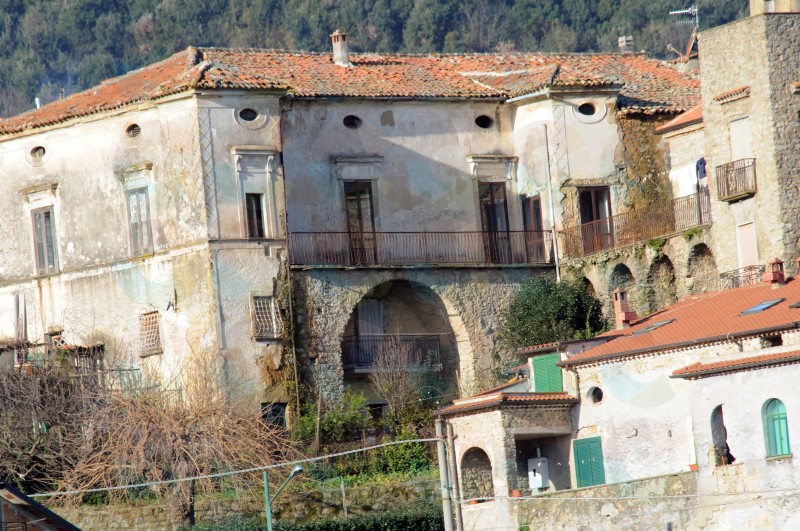 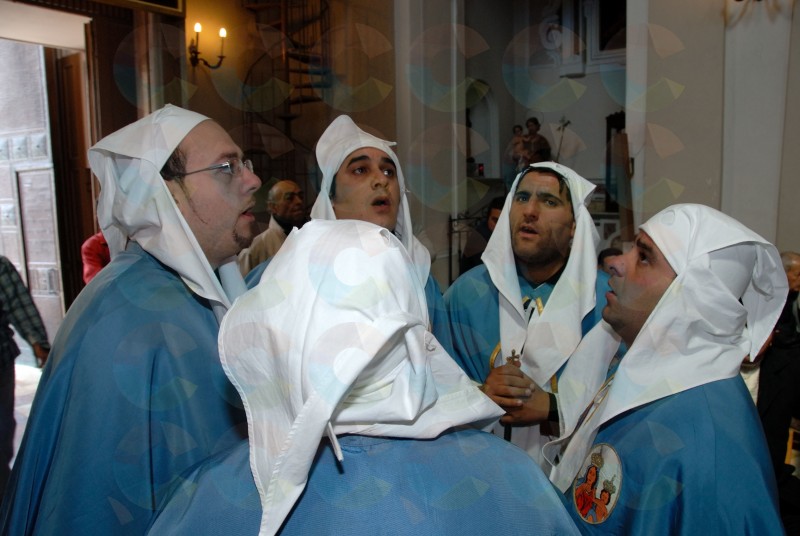 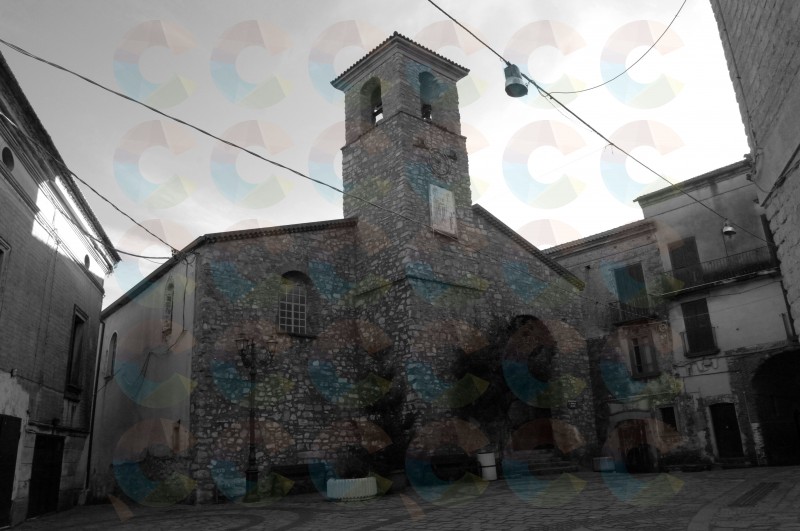 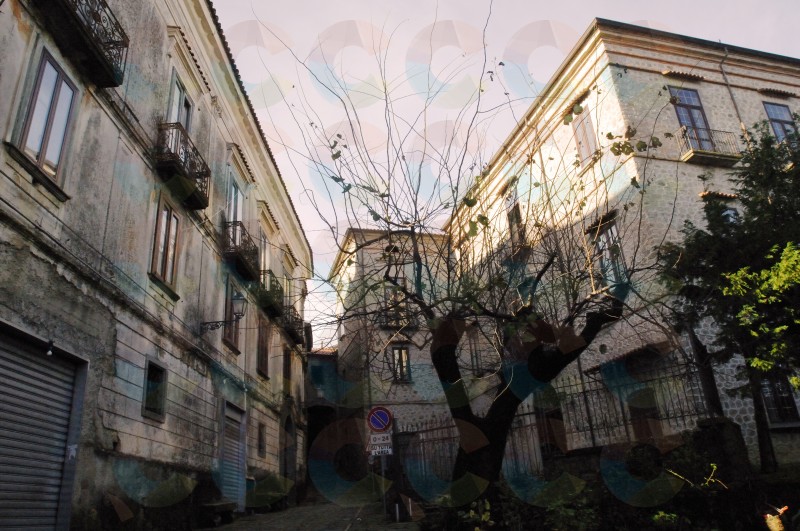 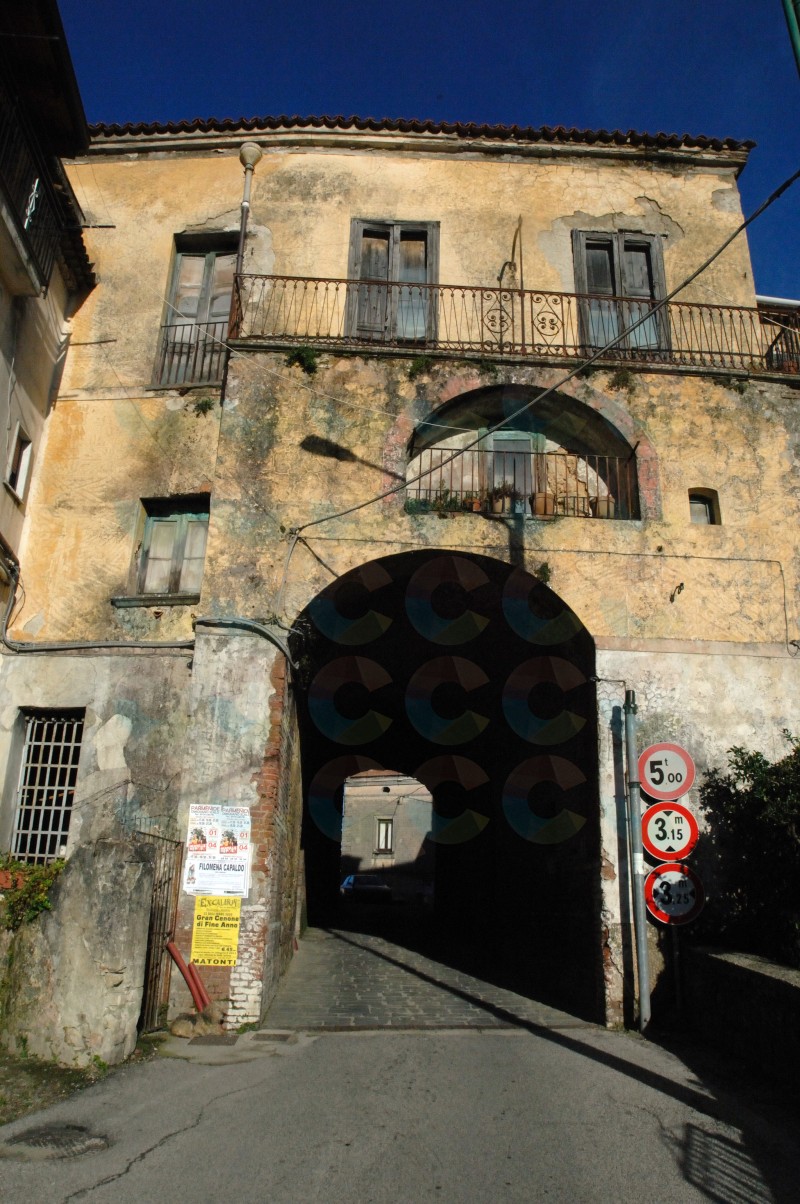 By place names still living Offoli and Staffoli, no doubt coming fromLongobard terms, is to assume that the place was a settlement of that people.

Firts news of the village in an instrument of 1047, about the property that Prince Guaimario V (IV) and the brothers Guido,Count of Conza, and Pandolfo, Count of Capaccio and Corneto, possessedin the hinterland of Velia.

In the same year Fasano, son of Leo,in granting lands and forests of his property to Andrea, abbot ofmonastery of St. Magno (S. Mango Cilento), gave assurance to the abbotthe priest Mule Omignano. About the village is still news intrial held in 1110 by the judge Maraldo in the monastery ofS. Arcangelo Perdifumo. Among those attending a priest, sona priest Italo-greek.

The church, or priory of St. Lucia, that Mazziotti from Guillaume placed in land of Omignano, should certainly be placed interritory of the village of St. Lucia, also because in the descriptionof the property of that church (1187) is only news of avalley from Omignano.Omignano also was part of the barony of Rocca (saysVentimiglia), which also lists the hamlet of Humignianum betweenthose returned in 1276 by King Charles to Ruggiero of Sanseverino Later, always in Angevin age, Omignano with Lustra,Sessa and St. Lucia were donated by Sanseverino family to Capano, of which I have already mentioned hatred arose between the two families.

When Buzzano Capano refusal to participate in the conspiracy of the barons, AntonelloSanseverino in addition to undress fiefdoms donated, exiled him. KingFerrante, however, in 1488 returned to John, the son of Buzzano insince died, the goods confiscated. The successor of Giovanni was Francesco.A daughter of this man, Portia, in contemplation of his marriage« with one of the brightest knights of his time, and devoted family» Prince of Salerno, Lionetto Mazzacane, lord of St. James,took possession of the fiefs of Omignano and Lustra.

Among the confiscated property to the Prince of Salerno, for felony, there wasalso the fief of Omignano, then returned to Mazzacane with privilege inSeptember 3rd 1565. To Leonetto followed Julius Caesar (m. 1592), and to him the firstborn Antonio that Julius Caesar had by his wifeClarice Lembo. By Antonio ( January 1624), the estate passed to his sonJulius Caesar, who in 1628 sold it to Delia Belprato, married deSangro, which is believed to happen Florita di Sangro and thenAnna Marchese. By decree of April 26, 1634, however, the Holy Royal Council revoked the sale in the absence of loyal tribute, orderingthe return of the estate to Julius Caesar as if he had neverbeen dispossessed.

The same Julius Caesar, then, with privileges of 20 Jan-uary and February 7, 1649 obtained from the king of Spain elevation Omi-gnano by barony in the principality. At his death (March 3, 1662), titleand assets passed to his son Antonio (d. October 21, 1683) that, bywife Anastasia Gagliano, was Julius Caesar in 1675 (d. February 81707), who, in July 1695, married Julia Rocca, of the Marquis Vatolla, died (July 25, 1698) just three years after the wedding precisely Omignano, where he was buried. From the marriage were born Antonio, later Prince and childless died January 2, 1740, and Nicola, who succeeded the January 11, 1744 title and possession of the property (lastheader in cedolario in. 1751 attributed to the seat of the nobles ofRotese port of Salerno. Nicholas, who in 1741 had married CatherineBarretta, daughter of Ignatius, Duke of Casalicchio (Casal Velino), to its death left numerous offspring. The firstborn Lionetto, knight, with that title was ascribed (a. 1804), which salernitan patrician,

Register of Squares closed, Raffaele and their children,Antonio and Nicola.Antonini mentions just Omignano. Giustiniani placedthe village on a hill in front of the sea and 36 miles from Sa-Lerno. Adds that «his territory does not produce anything good,giving only chestnuts and acorns.»

Festival of Artisan pasta from 19 to 21 july