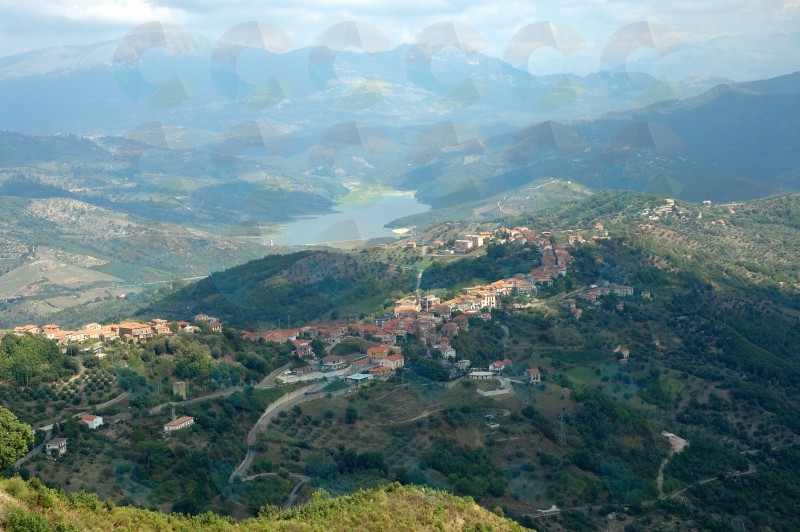 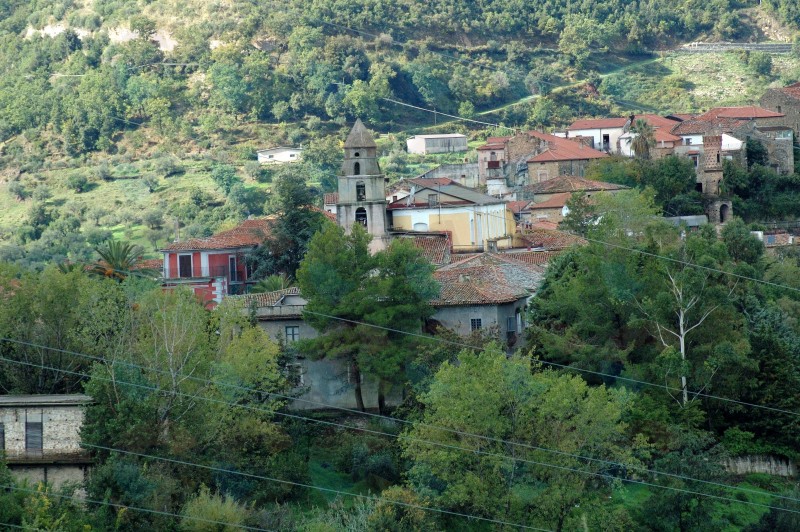 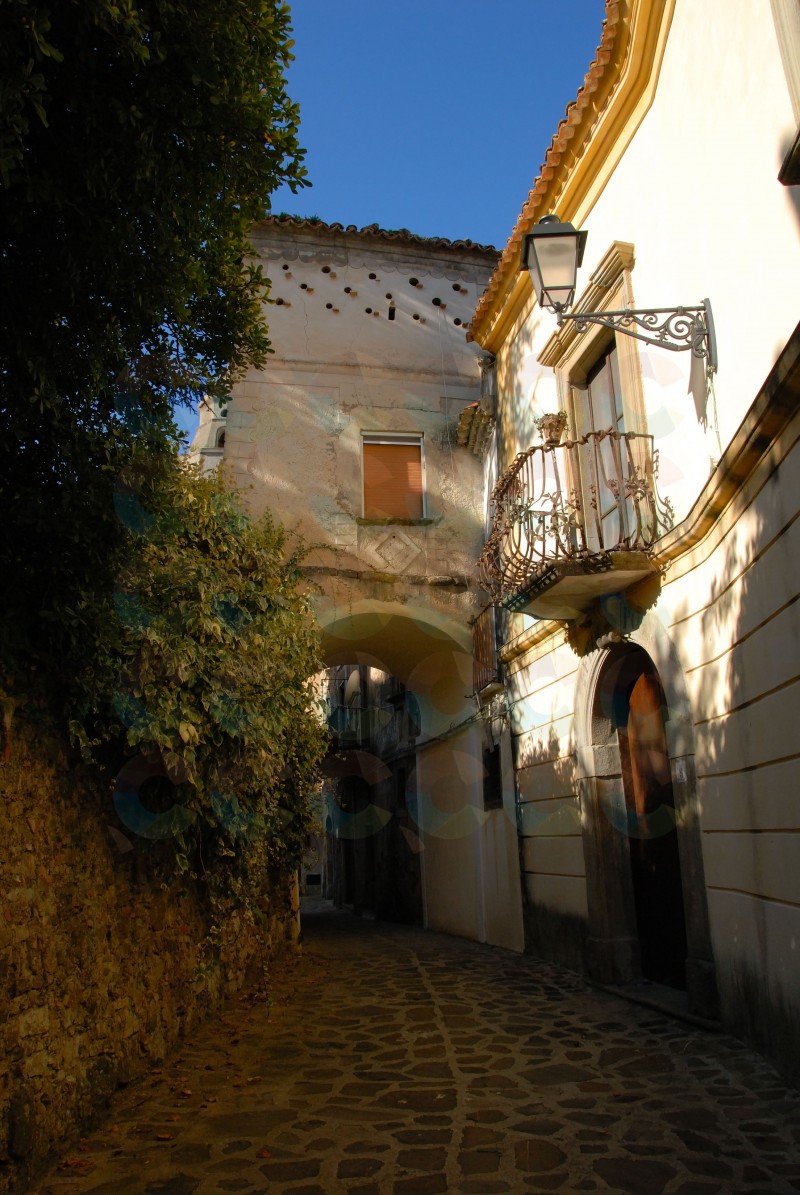 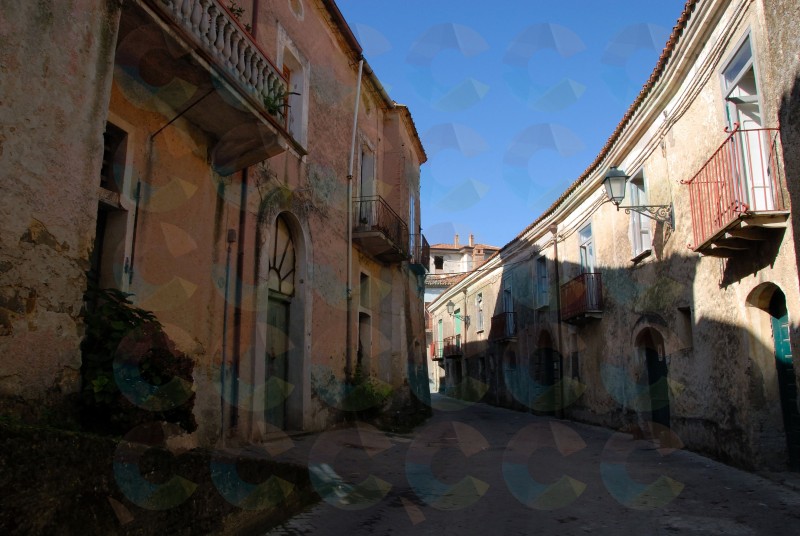 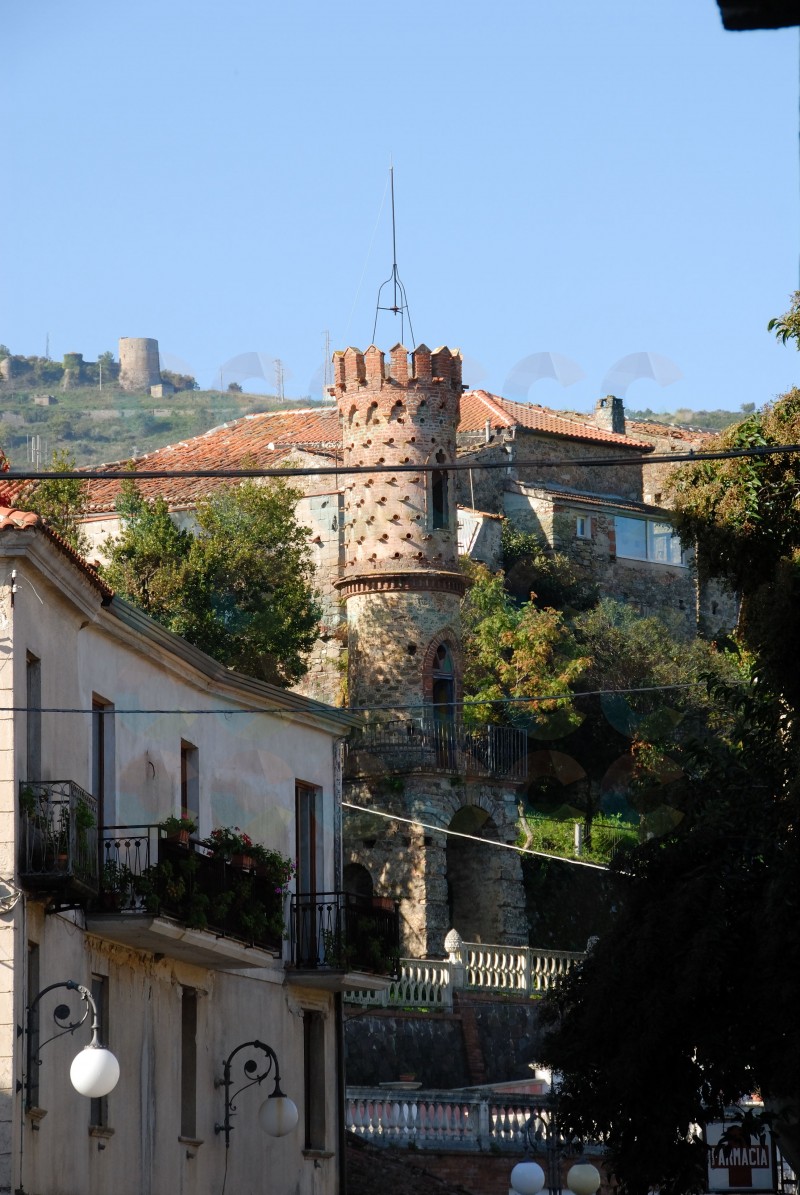 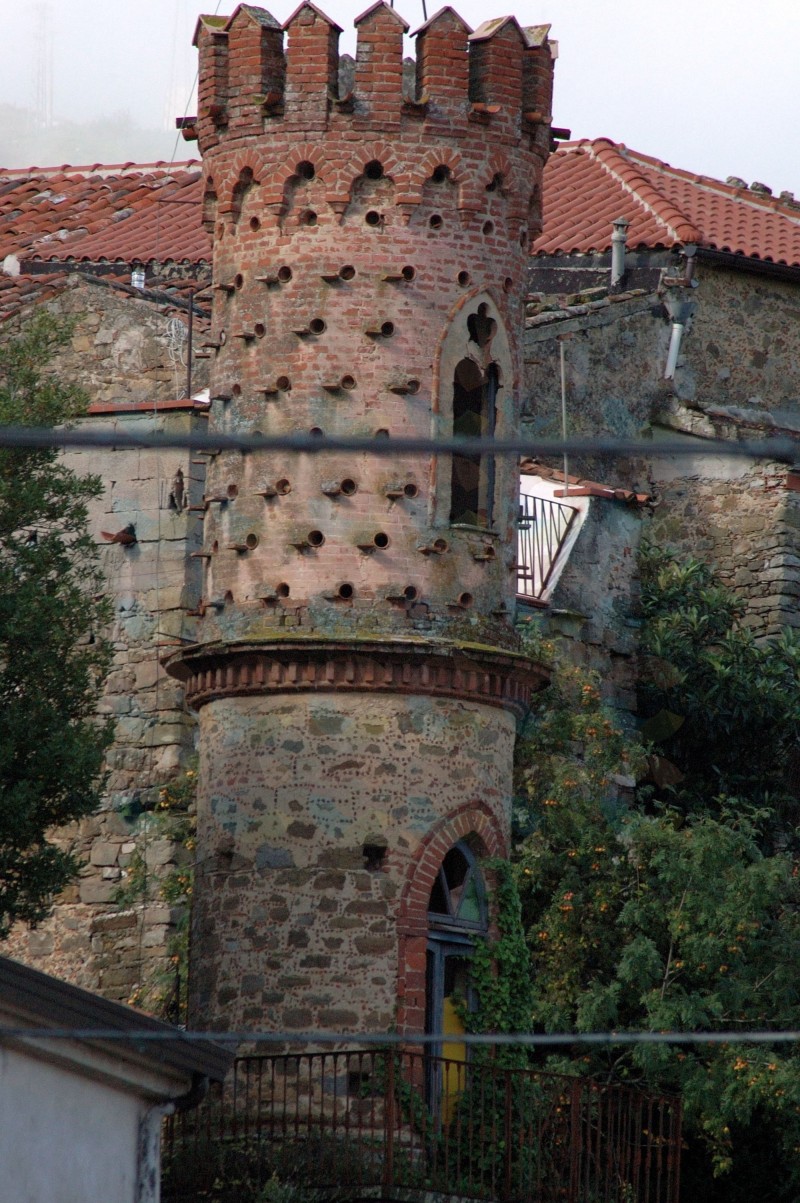 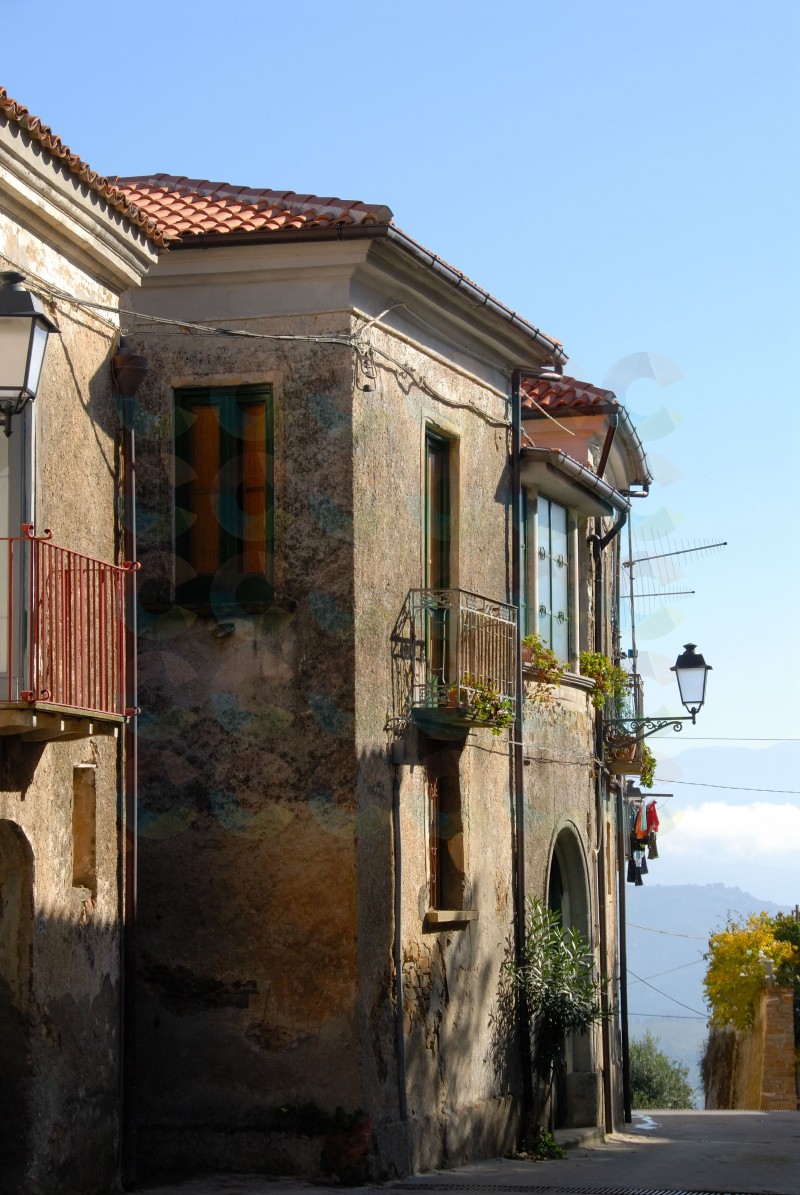 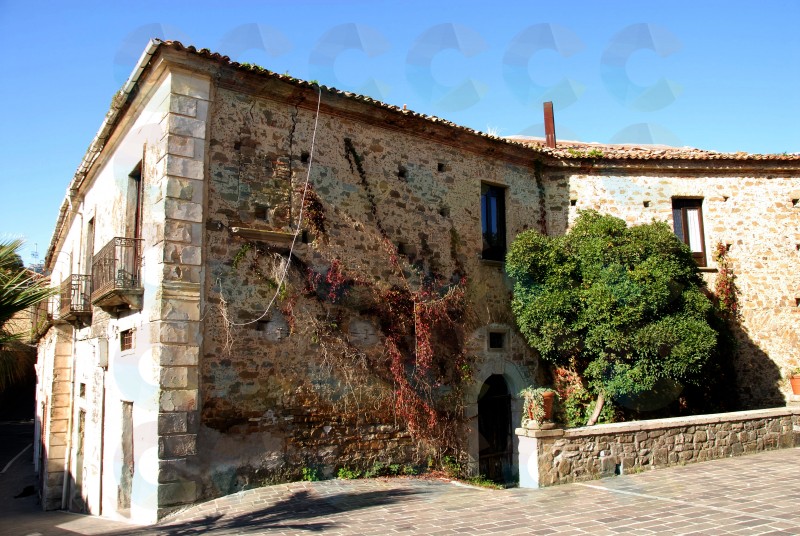 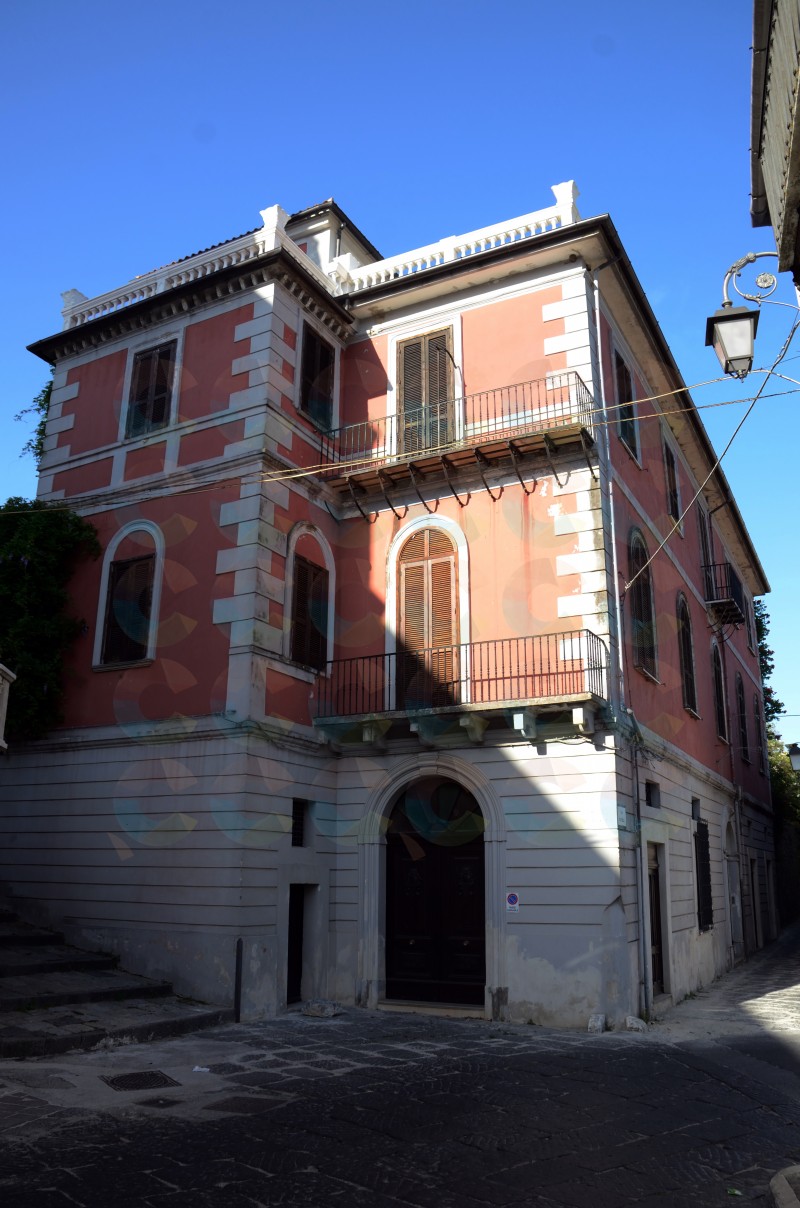 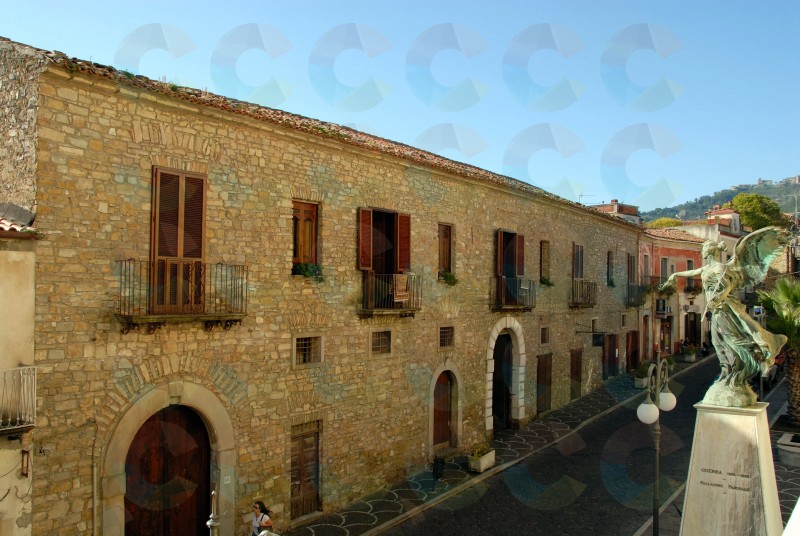 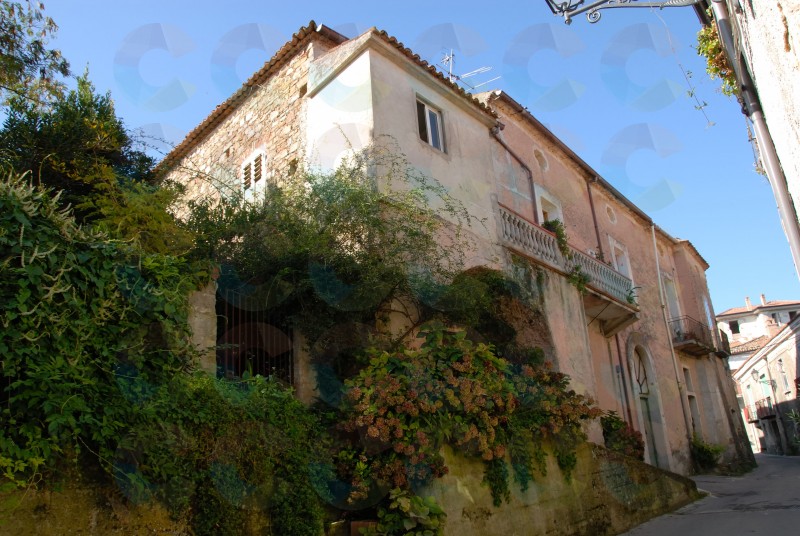 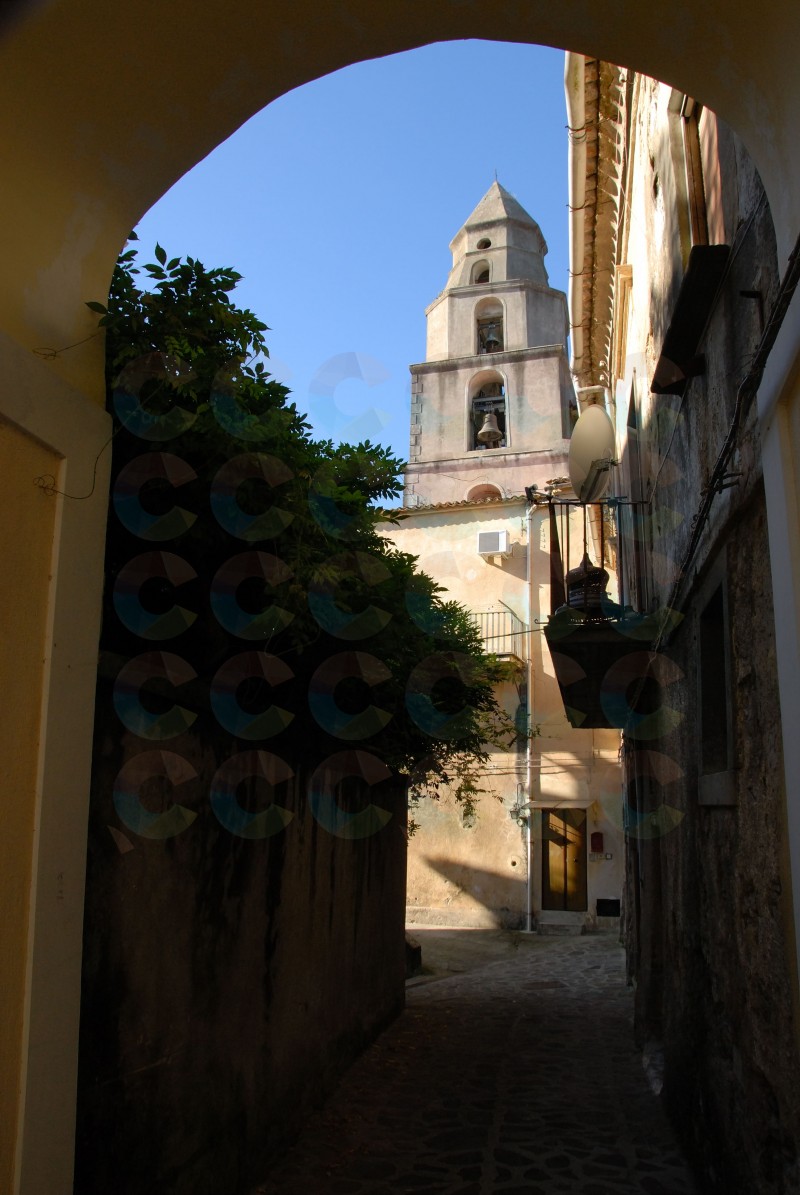 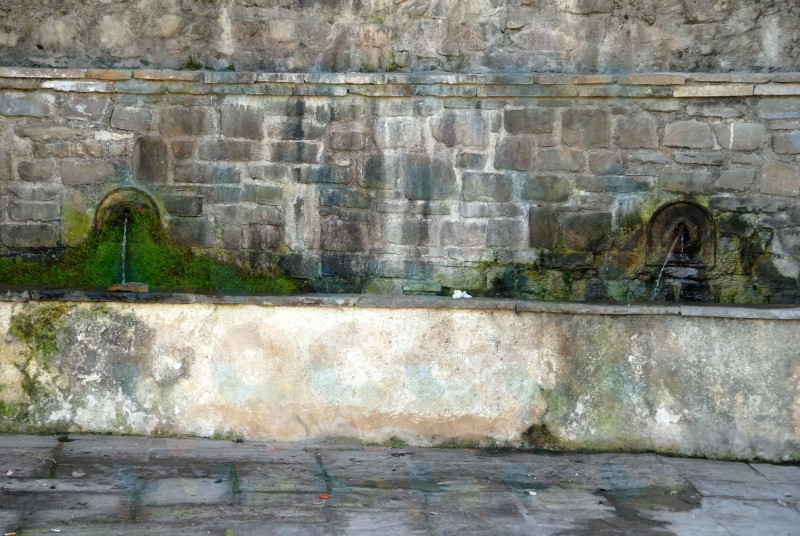 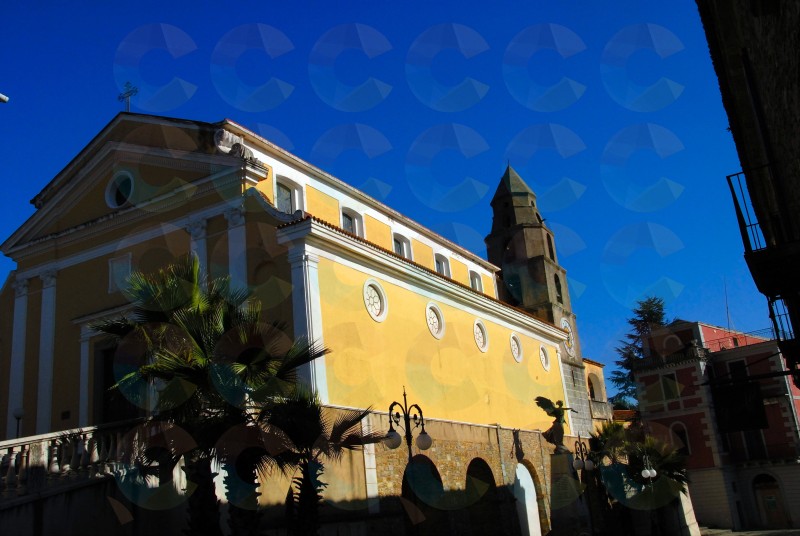 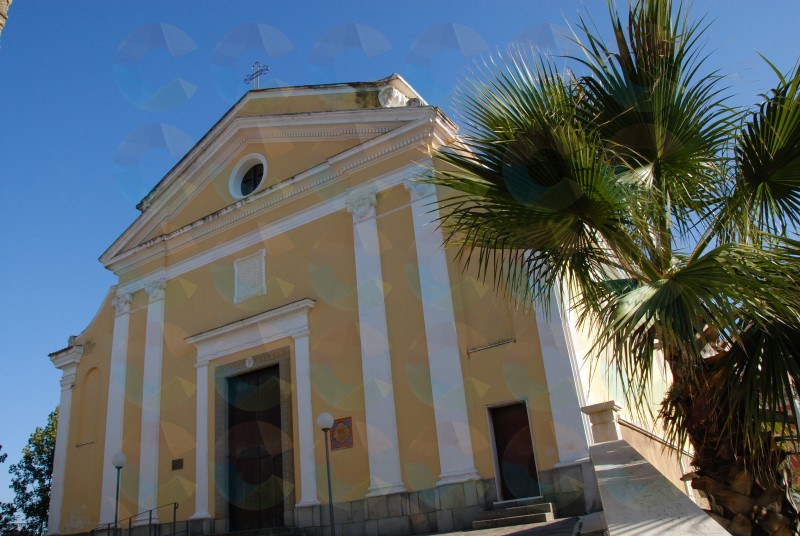 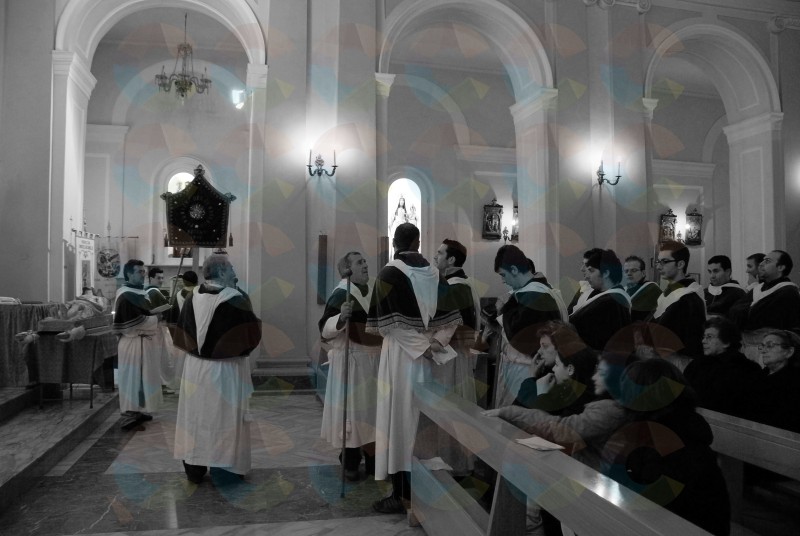 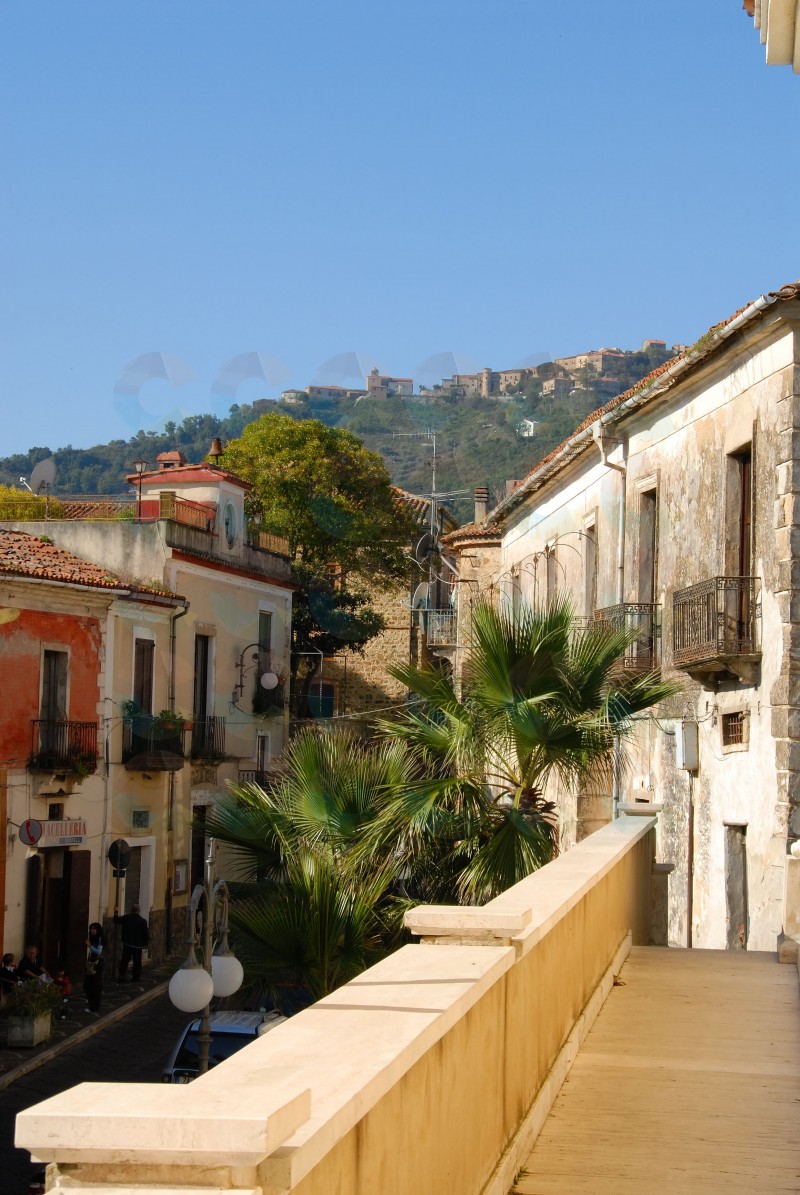 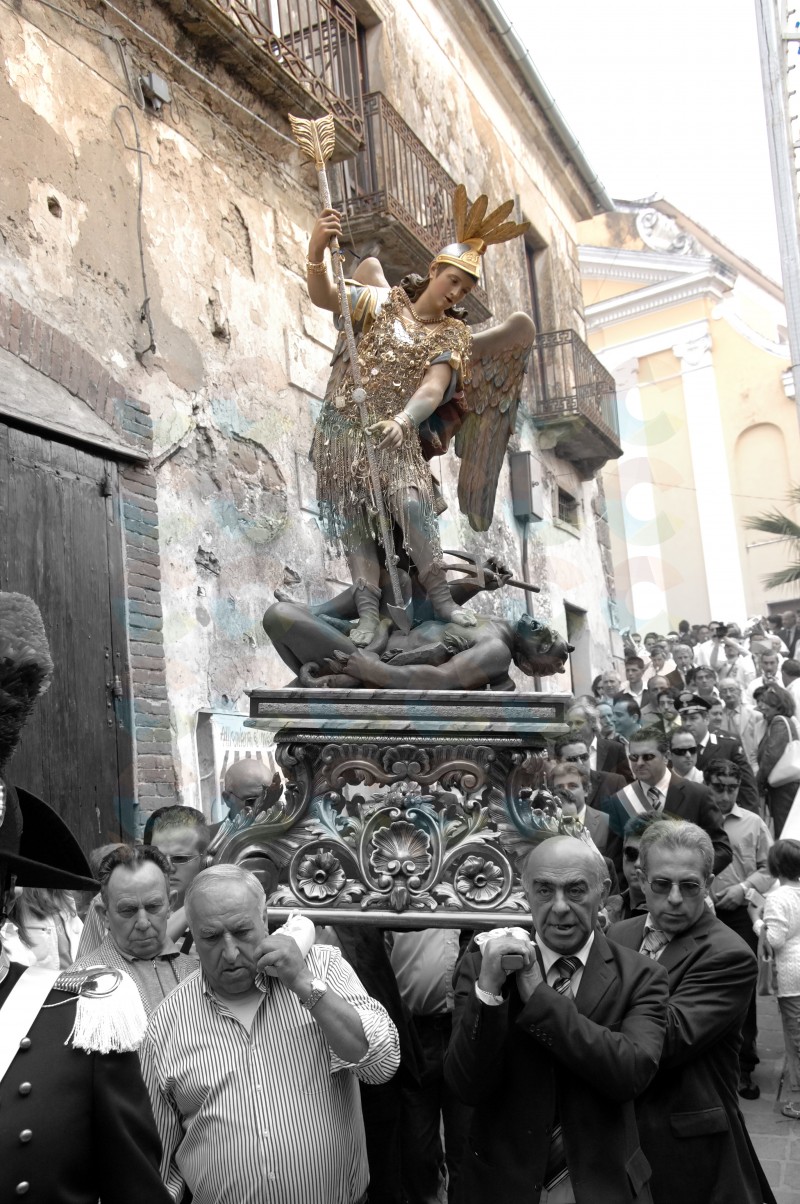 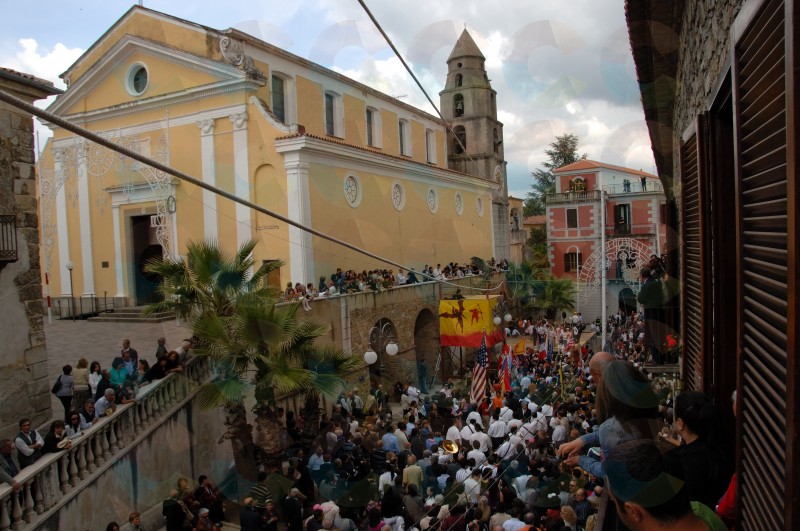 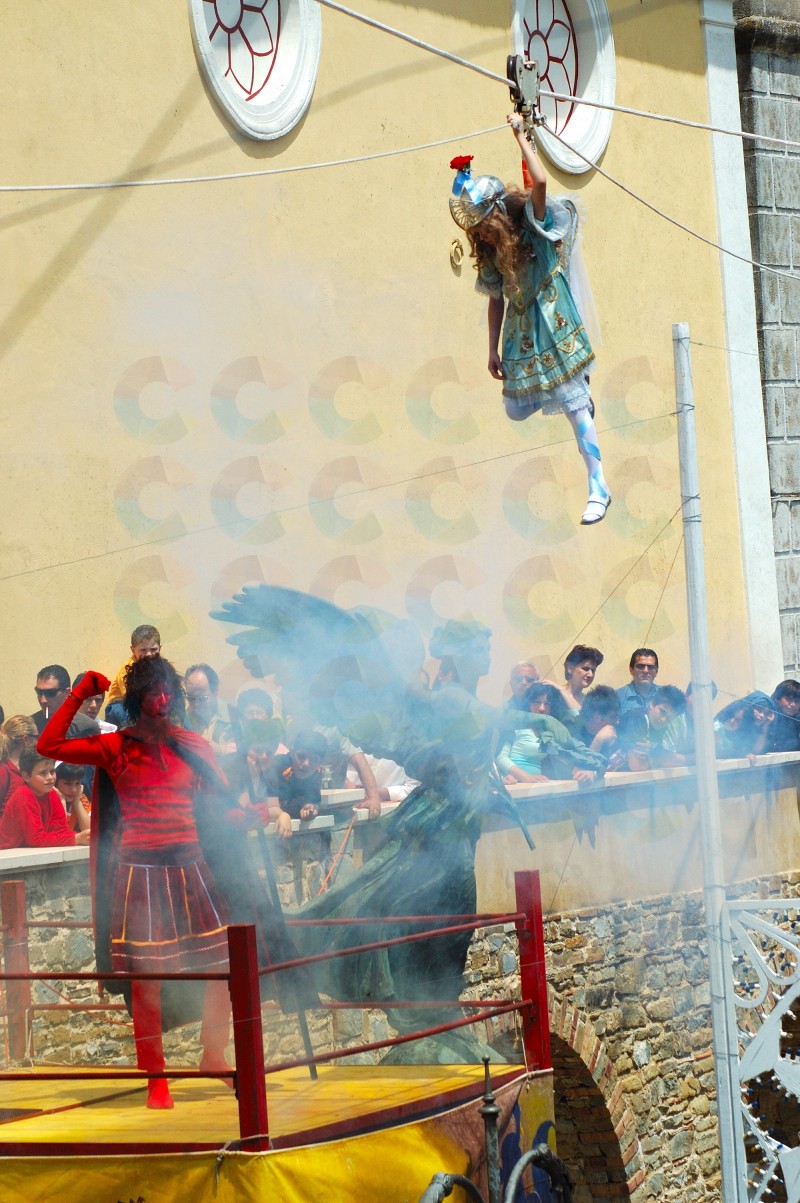 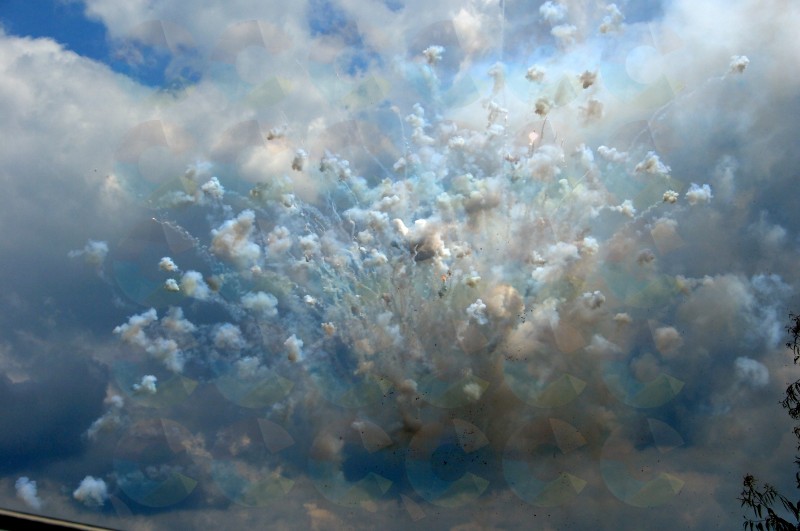 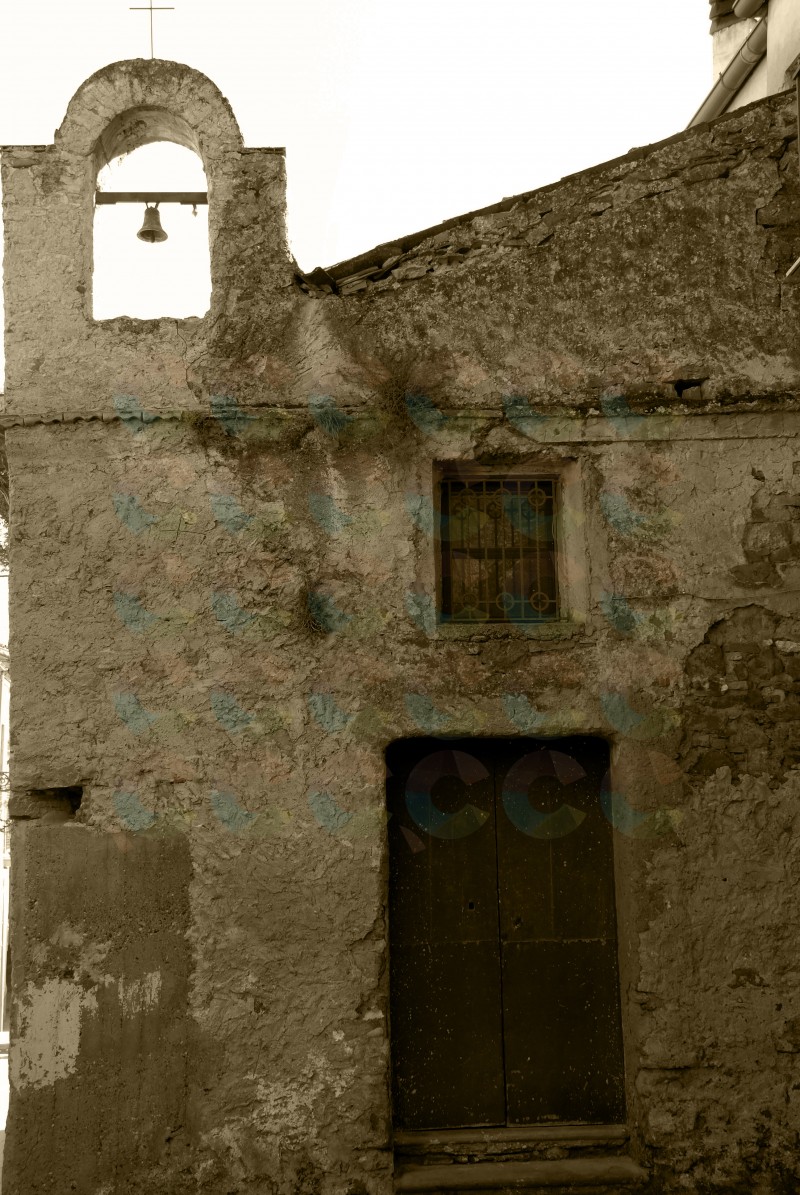 First news of the village is the legendary tale of traversing of the sacred «remains of the apostle Matthew from Velia to Capaccio in 953.
According to tradition, some of those carrying therelics, overcome the steep climb of Rutino, had expressed desired of drinking and miraculously it appeared a source that Magnoni said was called «the source of St. Matthew».
In memory of the event locals erected then, as in Capaccio, a chapel dedicated to the Apostle (now in the cemetery of Rutino).First sure news of the village is in a buying and selling of February of 1053. Maria, daughter of Giovanni, sold some landsowned «in loco rutigino ».
In the act is also some mention of John «de ipso site rutigino ». The sale, under the laws of the Lombards, was carried out in the presence of a judge and three relatives of the seller, because she, like all women in the Lombard period, was incapable of law and therefore she could not enter into contracts any kind without one of their representatives {father, husband or son) and without the intervention of a judge and sometimes even relatives of the seller. News still in two donations, both of April 1070. The first was proposed as the guarantor priest Lando, son of John, «de ruticini », which also appeared in the second one.

In May 1092, Gregory, Count of Capaccio and son of Pandolfo, brother of Guaimario V, donated to the church of St. Nicholas of Capaccio 2l churches or parts of its property and part of a monastery. He also offered to the same church of St. Nicholas, that of St Matthew « ubi ruticinum dicitur » with all its relevant and four local families with all their possessions. In August 1114, Gemma, daughter of Guido, and her husband Nicholas, «qui dictus est de nobem l Novi] et filio quondam basili presbiteri», inhabitant «in roccam que dicitur de Lauriana, finibus lucanie», sold to Giovanni from S. Mauro property they owned «in finibus Cilenti».

Of Rutiginum is still mention among fiefs returned to the Sanseverino in 1276. In the Archive of Cava there is also a concession of 1353 of real property of Lustra and Rutino for 19 years, for the annual census of two pounds of wax. The feud was always of Sanseverino, up to 1535, when Ferrante Sanseverino having to take part in the expedition against Tunisi, alienated the fiefs of Rutino, Torchiara and Copersito (d. 5500) in favor to Francesco de Rogerio of Salerno, from which it passed (1538) to his son Gian Lorenzo. For the call back to the tax of property of Sanseverino, also the estates predicted were confiscated, in the absence of Royal Assent to the transfer.

Directed Curia then sold the three fiefdoms, with Rocca, to Michele Giovanni Gomez.By Cedolario we learn that the fiefs of Rutino and Monteforte from Francesco Antonio Del Mercato (1 May 1735) passed to Antonio (d. March 21, 1767) and by this to Peter on May 10, 1768. Giustiniani, however, followed by Mazziotti, ensures that the feud of Rutino was owned by the family Garofalo with the title of Duke.

Of «Rodino» wrote Mandelli (f 101) about the raids of the Turks in 1563, that, leaving Agropoli, attacked Torchiara. The inhabitants of Rutino, with those of Prignano and Puglisi, rushed to defend Torchiara, fighting pirates «to S. Felice».

Antonini derives the name from «Rodino » of Mandelli, the probable origin of Rutino (rodon, the rose). Because a mile from the village there was another hamlet called Rodo, Ruda Ruta, where in his time was a the church of St. Peter, which, for an old tradition, on January 25 (conversion of St. Paul) and June 29 (Feast of the apostle) the people went to listen to the solemn mass celebrated by clergy of Rutino ». But neither the town, or Chapel St. Peter outside the village of Rutino is news in the documents and pastoral visits. Antonini adds that near the village was another village said «casatiti». In the tomb of a tall warrior (femurs were long «more than two feet ») was found even a spear, bought by Magnoni, plus lucernine, lachrymatories, etc.

At the opposite part of this another village said «ottaviano and the villagers graciously say of fairy tales; and the street that leads to both, was the way of the hamlet. Also Magnoni writes of piles of stones in places Casatiti, «clue simply built a time old houses » To suppress the banditry that lorded in place, the Viceroy D’ Ognatte sent to Cilento Judge Aniello Porzio. Fixed his residence in Rutino, with inflexible severity, the judge began to punish the protectors of gangs and to arrest components. It seems that his firmly managed to track down and punish the criminals that were in Cilento.

I do not repeat with regard to military operations and the participation of Rutino the events held in the territory in 1848 and following years. Giustiniani placed Rutino on a hill, 36 miles from Salerno and noted that «in this small town of Cilento stops the Royal Mail ». Of «casalis Rodini» is also news in the numbering of 1489, when the village was inhabited by 95 families with 510 inhabitants. In 1508 the fires had declined, for the plague, they were just 78, with 390 inhabitants.

Of subsequent dialing is learned from Giustiniani 22 until 1669. It should be remembered as Volpi writes about the plague of 1656, as in Rutino (610 inhabitants in 1648, still in 1669 First appeared population halved, pop. 330), he hits hard all the Cilento. «Great for the massacre that brought the plague in the Cilento in the year 1656.In Pollica, Celso, Galdo, Cannicchio and neighboring countries, the poor citizens, in order to not remain unburied, the first symptoms of the disease, were studied to make a pit and, calling to each other, were placed there, hoping that some compassionate man, after death, had pushed. For that, the multitude of bones there.

In a Franciscan convent, not far from the Rutino, did not rise the plague: so those brothers, to remember memory, built in their garden a concave and vague fountain, affixing an inscription.

Festival of Flavors in Rutino taste and wine art