Saccus, Sacco. Autonomous university until its elevation to Municipality. From Salerno Km 90

Sacco marks the line of border among the Cilento and the Vallo of Diano. Next to the Pruno Mountain, a terrace is considered and therefore defined (the "balcony of the Alburnums") that the two principal footsteps of access guards to the Vallo of Diano, the Footstep of the Sentinel and the Saddle of the Corticato.

In the hinterland it is possible to admire plants and wild animals, trees, flowers and to follow the run of the Sammaro, one of the principal subaffluentis of the Calore Salernitano, to visit the ancient mill and the Great Cave of Sacco. Once the economy was type pastoral with the carding of the wool, today it is agricultural - family with the productions typical of the Cilento as the oil and the latticinis. Particularly it is to signal the production of the paste and the Caciocavallo silano DOP.

Characteristic of the place is the italic hut ancient construction realized with stones, wood and brooms. The crocks found in the huts are of the late age of the bronze up to the Roman period. Numerous are the noble buildings of great artistic importance, the churches of S. Silvestre, S. Anthony and S. Nicola and the castle built from the duke Zottone of Benevento around 600 after Christ.

The country has 4 doors, that of the Saracina, S. Lucy, S. Antuono and of the Lavinaio. Interesting then the Museum "of the original artisan art and of the history" founded by the cabinetmaker Francesco Coccaro in 1986 that picks up his artistic production of carved wood. 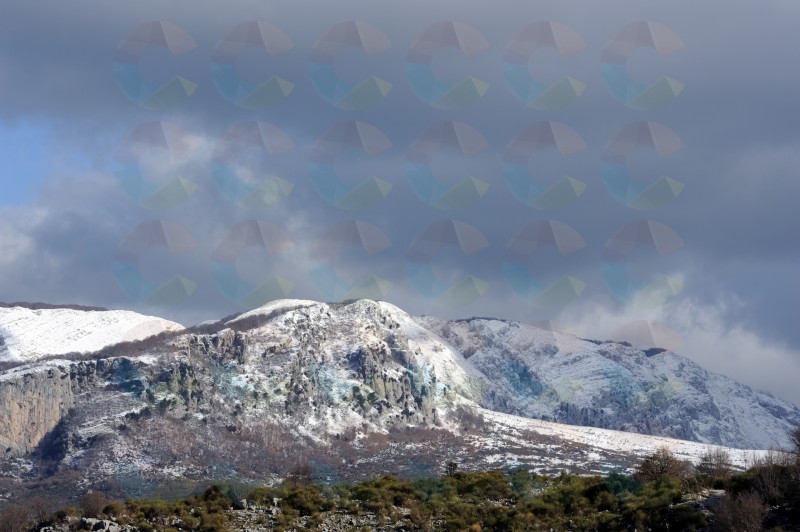 About New Sacco, that in 1780 was numbered to 70 fires, you read a few news written by Di Stefano, unlike for Old Sacco which is about one kilometer from the new town.
Old Sacco was site to the Sammaro River, at the foot of Motola and place almost out of reach, except for two gorges. However it was surrounded by walls and towers, which, at the time when wrote Dang, were only ruins outcropping by furrows of plows. It was precisely because of its location, which was abandoned for the more open modern place.

About Sacco is newsworthy in Angevin age, starting in 1269, when it was ordered to the feudal Lord Nicholas of Sacco to join the fifth part of 40 soldiers to be sent in Romagna. In addition to the concealment of Fireworks 8, for which the recovery order of two ounces, it's news of a dispute concerning goods among the feudal Royal Tax Attorney and Nicola from Sacco.

In 1278 the feud was still owned by Nicola from Sacco, as is noted by an Ordinance that included his son Richard. In 1294 Charles II, having learned that Sacco was «into hostile frontier rum», and therefore had suffered losses in people and in possessions, ordered the captain not to force people to pay taxes, including residues.

The feud was still the Earl of Capaccio, Guglielmo of Sanseverino, in the second half of the 1400, when the rebellion of the Sanseverino were lawyers at the taxman. In 1487 the King Ferrante sold Sacco to his counselor Perugino in his paintings of Camillo Castelluccia. It seems, however, that the feud has belonged to the family Arcamone.

Campanile ensures that in 1560 the fief belonged to Giannantonio Capable. By sure Quinternioni it should be noted that in 1607 the fiefdom was owned by Fabrizio Lanner who sold it to Pasquale Caputo for 16,000 ducats, which then sold it to 17,000 ducats to Vincenzo Carafa.
In 1613 Giovan Francesco de Juliis bought Sacco from Carafa for 15,000 ducats, that were reduced to 13,000 when Juliis bought it from de Scipio van Heerden. The Pacichelli remember that West of Diano is « the little castle of Sacco, armed of title of County has become venerable for miracles released from the image of our Lady in the plague of Naples, by thousands of devotees from various parts of the Kingdom, which with its oil lamp will liberate, or preserved from harm of the epidemic».
The grandson of Scipio van Heerden, Pasquale Emanuele, had the header of Roscigno, with title of Duke, and Sacco on November 15, 1790.

In the absence of heirs, the fief passed, for female succession, to AlbitoCarafa’s family who married the nobleman Giovanni Battista Gattola di Martino, noble of Gaeta. From the eldest son Paolo Maria whose death were three daughters, Concetta and unmarried, and Francesca Maria widow of Happy Patroni Griffi, the Knights of Malta.