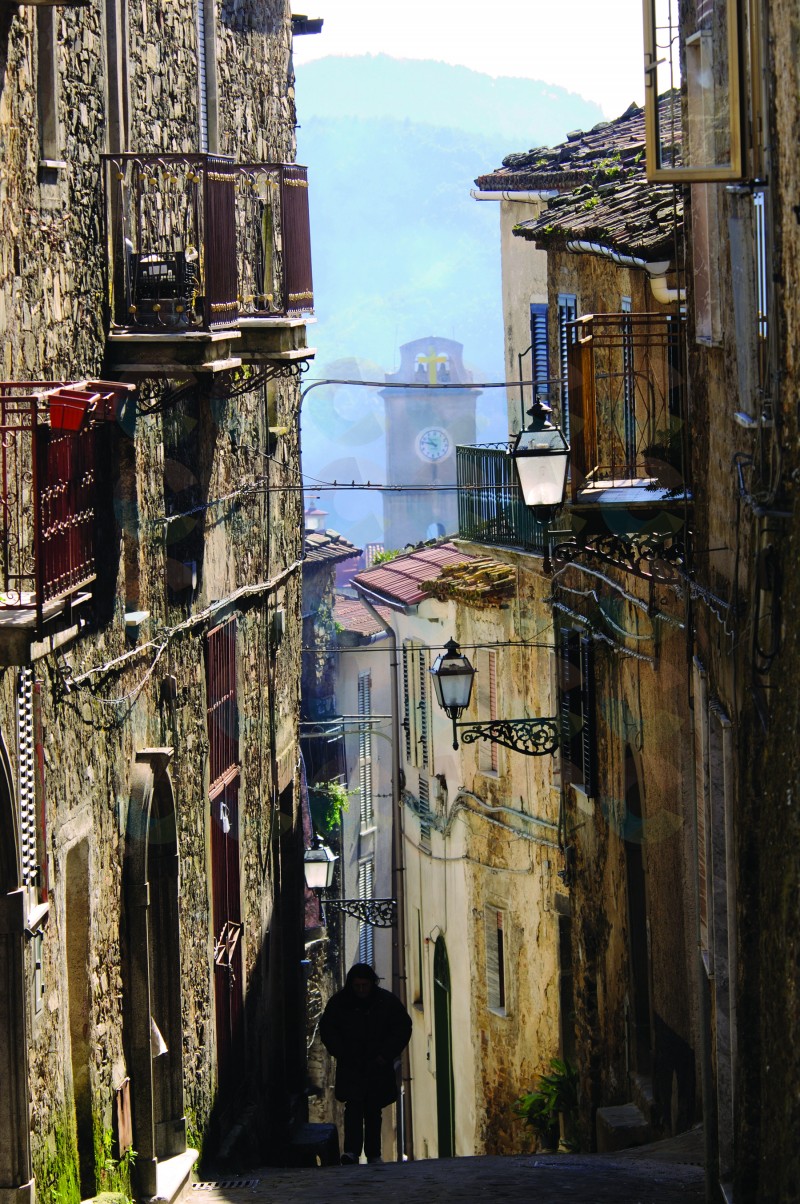 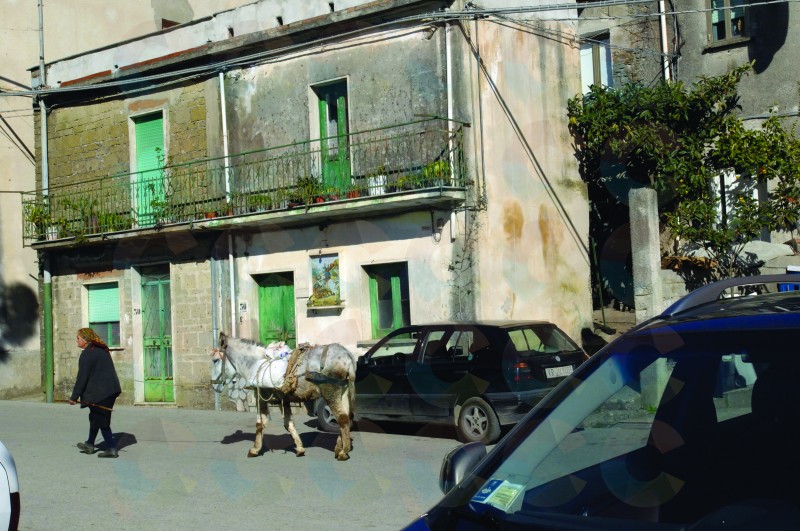 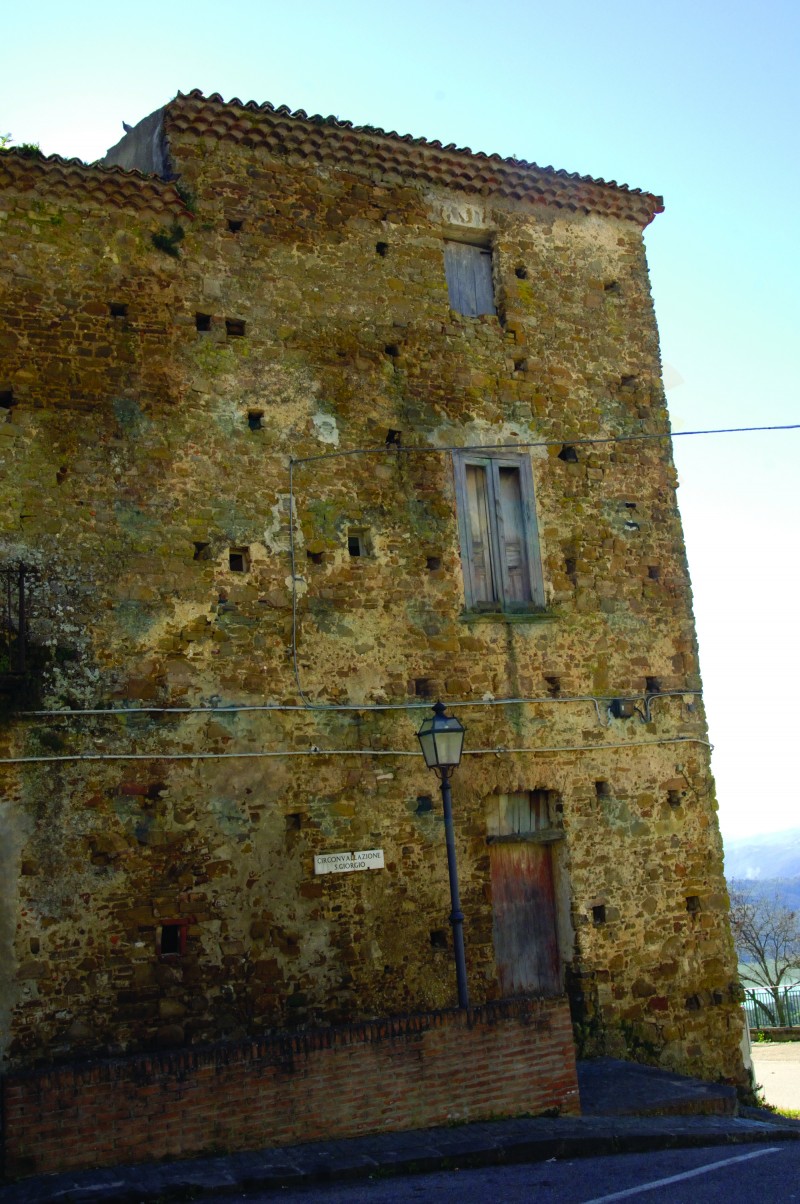 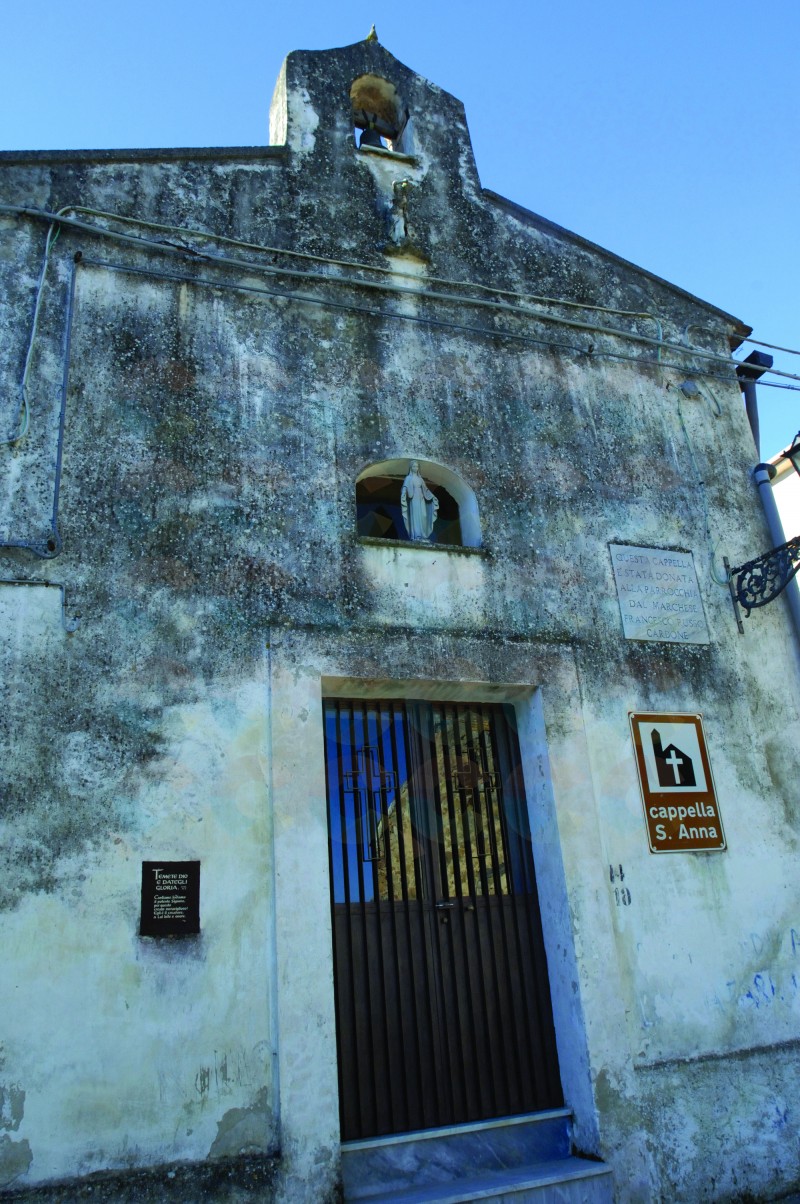 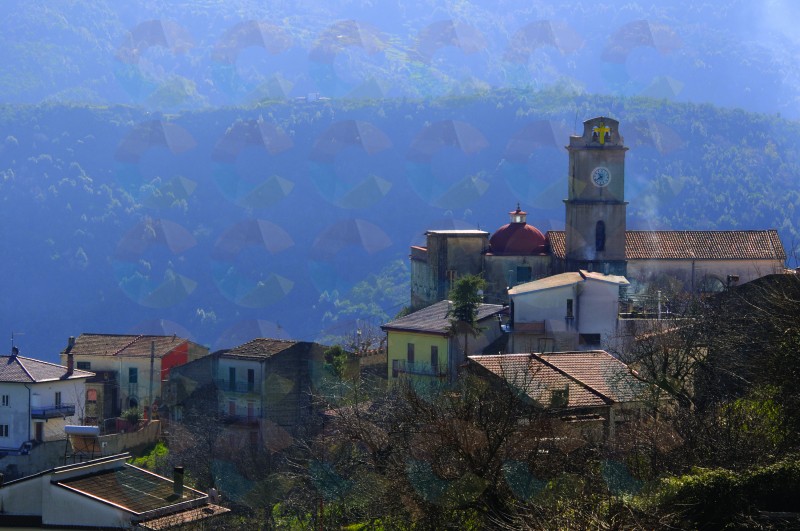 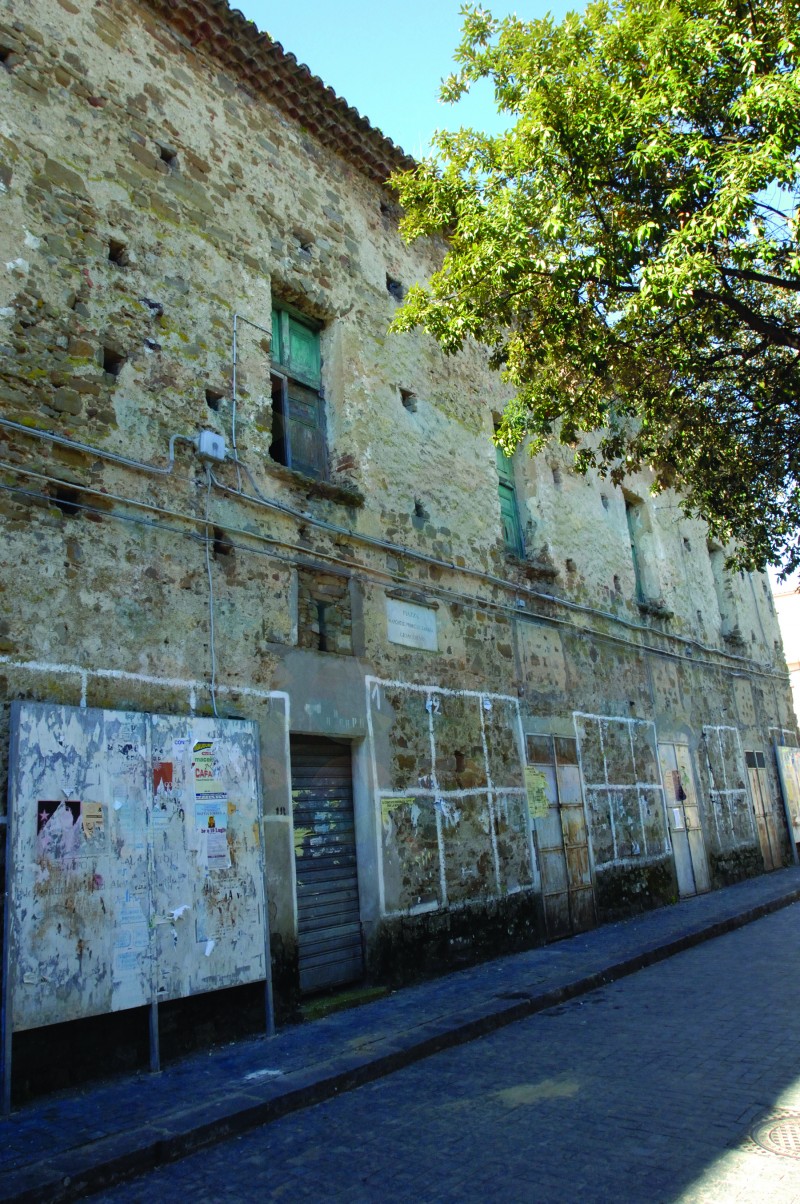 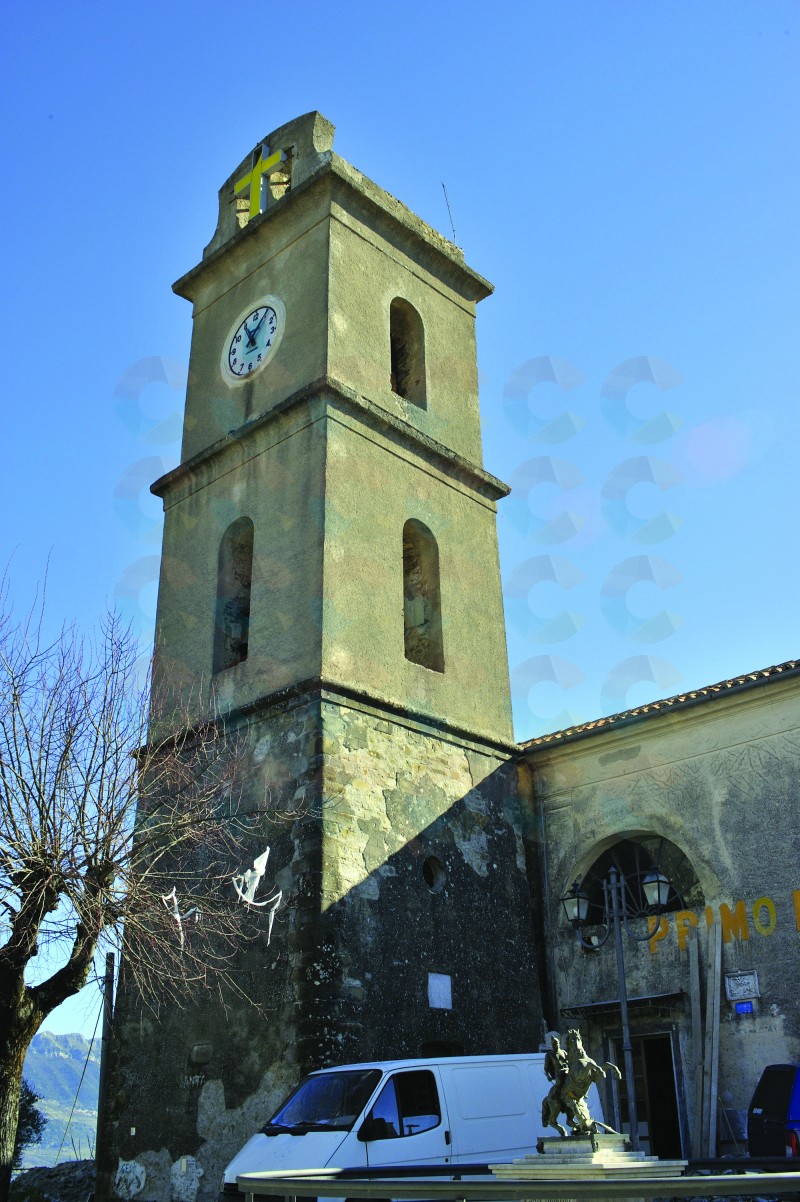 To exception of the headstone funeral Latin bulwark on the door of a store of the feudal building of Monte, doesn't exist, at least till now, other news related to the village. There is still news of the dominion of Monte and Luculo of which keep on conferring upon, in their beads, the bishops of Vallo della Lucania. Lucolo made part of the ecclesiastical barony of the bishops of Capaccio that we find inclusive among the vassals in the Catalog of the barons.

But, as the barony is known, summoned to the R. Curia, was granted with that of Cilento, from king Manfredi to the maternal uncle Galvano Lancia, marshal of the kingdom of Cecilia. The addition of Monte, a title of the bishops, makes to think about a new feudal concession limited to the villages of Monte and the disappeared Luculo. In November of 1463, king Ferramte of Aragon granted to the Sanseverino the mixed imperio on the feuds of the barony of Cilento, among which also Monte and Cicerale. It is said that the two feuds had previously been Giacomo's of Monteforte.

The village of Monteforte belonged to the barony of Novi and it was kept at first from Henry of Monteforte as vassal of Gisulfo de Mannia of Novi. From Fred II Monteforte was raised then to autonomous feud. To the Lords of Monteforte then the Sanseverinos granted also Monte and Cicerale. In the privilege of Charles VIII, of restitution of the goods forfeited to the prince of Salerno, are inclusive also the above-mentioned two feuds that, with Corbella were then granted by the Sanseverinos to the magnificent Leo Gentilcore and confirmed to the child Maramaldo in the 1516.

Cicerale was transferred then to the Demanio for the too many debts contracted by the holder and sold to Giovanni Anthony Gentilcore that built the baronial building, contributing, it seems, to the foundation of the local monastery. Among the parchments of S. George of Salerno there are 1500 two of it that refer to the village. In 1574 the magnificent Giacomo Gentilcore having purchased the feud of Cicerale from the magnificent Giovanni gotten Anthony Gentilcore the R. Assent, lent oath of loyal homage in the hands of the R. Commissioner Pietro Anthony Alberto as profit gentleman of the village.

In the second is read of Nicola Fico that with the child Giovanni, sold to Lucio Gentilcore of Cicerale, a vineyard and a mill in the place Casiello for one hundred dukedoms. Aurelia de Vicariis asked then the relevios of the jurisdiction of the civil and mixed causes of Cicerale reporting the death of his mother Comite. Aurelia had married Giacomo Gentilcore ( 1602), to whose death the feud passed to the son Pompeo (1623), after him to Decio and then (1636) to the childThomas and then, in the same year, to his sister Adriana. In the 1660 Matteo Sarluco, patrician salernitano, declared to be debtor of d. 270 of the abbot Giuseppe Gentilcore of Cicerale saying to return the sum withdrawing from the incomes of the houses of his ownership «in populace san Gregorii» of Salerno. Adriana Gentilcore, with assent of her husband Charles Carafa, alienated then the feud to Joseph Carafa Primicile, from which was transferred then to the child Thomas and from him to his nephew Charles. The daughter of this last married then Joseph Primicile to whose family passed the feud in the 1715.

To Thomas Primicile Carafa (20 July 1731) the title of marquis was granted (29 November 1721), transferred for succession to Savior (4 October 1745) and then to Francis on June 23 1761. From him it passed to Savior, which, besides finding been counted in the Register of the families passed for justice to the order of Malta, was counted, what Neapolitan patrician and with the title of marquis of Cicerale, to the Register of the closed Plazas, together with the son Francesco, father of Gioacchino.

He was annotated then in the list of the noble and titled of the region with the title of marquis of Caggiano and patrician of Salerno. Gioacchino had two children: Helen that married the noble Gennaro Capece Minutolo of S. Valentine, neapoletan patrician and Camilla that married Pasquale Russians Cardona. The plague of 1656 had reaped a lot of victims in the village, if in 1669 the inhabitants were just 170 against 471 in 1489.