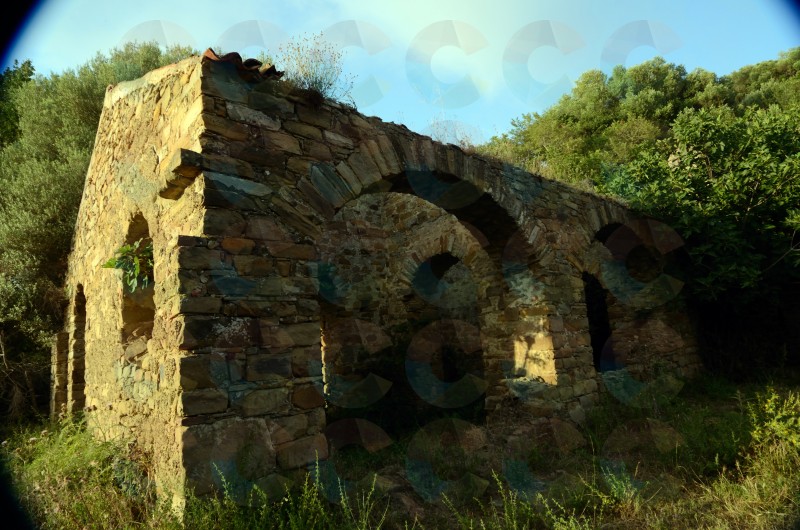 The oldest document that mentions the place is in August of 986. With his document, Ligorio of Atrani, son of John, gave to the priest Bernard the Church dedicated to Saint John he built.In 1042 Marino, son of Joannace from Luporto, and his brothers, granted, without charges or specific terms, to the presbyter John, son of Romualdo, the Church they had.
In Tresino seems to be born in 1070 Costabile Gentilcore, the future fourth abbot from Cava. In 1072 Gisulfo II donated to the abbot from Cava church and property in that place. In 1083 in St. John's in Tresino we already have 19 families subject to the Abbey.
The church and the monastery are boh mentionated in two documents belonged to Gregorio VI and Urban II of 1089.In 1090, Count Riccardo Senescalco, lord of Mottola and Castellabate, donated to the abbey the church of Sant'Angelo in Tresino.
In 1094 Ruggiero the Norman, donated part of the monastery of Sant'Angelo with all the its dependencies. With another donation of 1098 Count Senescalcooffered to the abbey the church of Sant'Angelo in Tresino. The monastery of Sant'Angelo is situated on Mount Tresino, between Agropoli and Castellabate, and it was owned more landowners.
In 1114, Landolfo, the son of Count Mansone, confirmed the donation made by the parents of the property of Tresino. In 1116 the duke William confirmed to Abbot Peter, among other goods, that too.In January 1143 Itta and Sichelgaita sold to the Abbey properties they owned in Lucania.
More interesting is the donation of September 1143 by which the soldier Stabile, educated by the abbot, having achieved wealth and glory, asked to abbot Falcone to dress the monastic habit with public act, so he gave to the abbey all the goods that he had in the district of Cilento, including Tresino and 300 tari gold.
Gismondo from Rocca Romana with testament of May 13, 1185 ordered that all his assets existing outside Salerno and in the district of Cilento, were to be transferred to the abbey after his death. In the register of the abbot Thomas is news of the thick of the church of St. John of Tresino and a letter sent to Judge John which speaks of payments of 17 tari and delivery of barley and wheat. By the process of the 1276 shows that Tresino made 20 ounces per year and that half belonged to the bishop of Capaccio.
We still have twenty other documents dating back to the end of the '300: a donation, a perpetual concession, a possession, a will...and so on.
In 1318 Nicholas of Tresino possessed disinherit children of Francesco Di Fontana if they had refused to become vassals of the Abbey.
On 25 April 1382 the vassals of Tresino swore allegiance to the abbot Antonio.In the archive of Cava there is an inventory of stable goods of the benefit of the monasteries of Sant'Angelo and St. John. There is also the will with which Ascanio, de Vicariis,feudal lord of Tresino returned in 1567 to the Abbey some goods.