Pactano, Pattano. Personal non-Latin unregistered by Schulze, but see with the name Patti of Sicily. Autonomous University by the name of «Pattano sottano» up to 1656, then Pattano after the disappearance of the other autonomous university called «Pattano soprano». Of the municipality of Vallo della Lucania. From Salerno Km. 86. 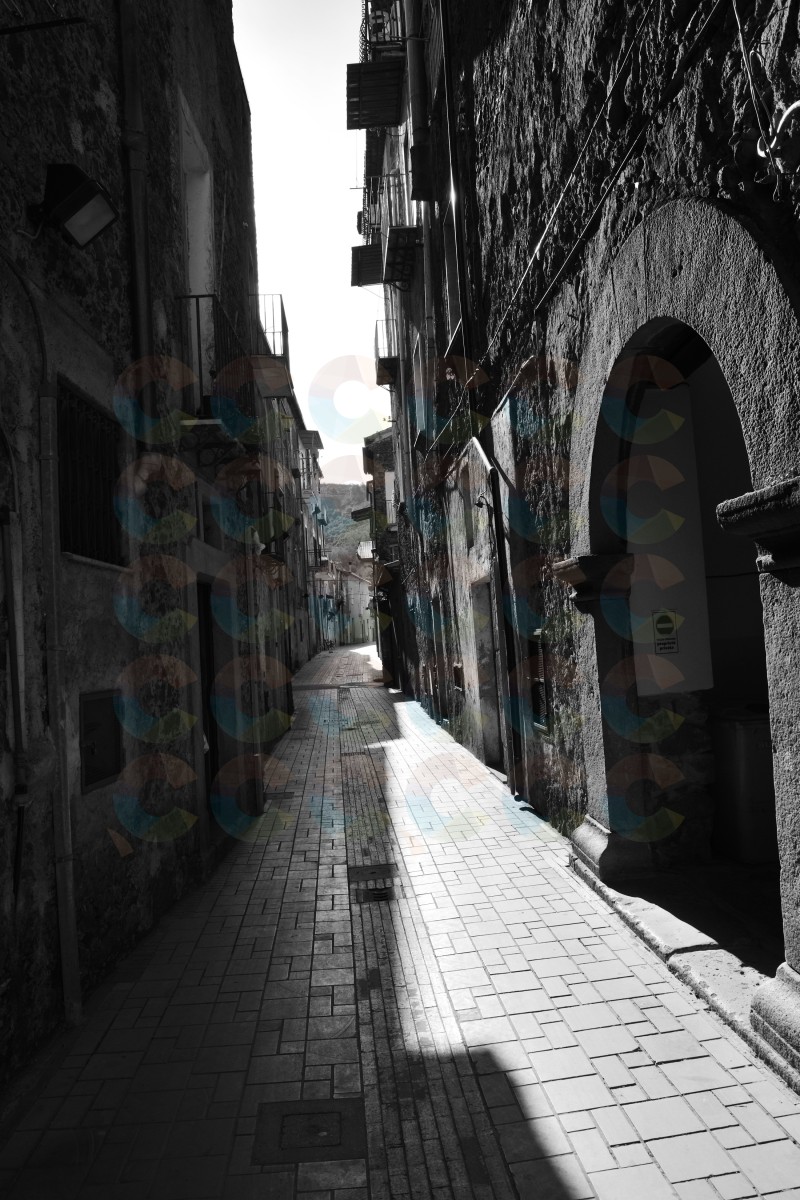 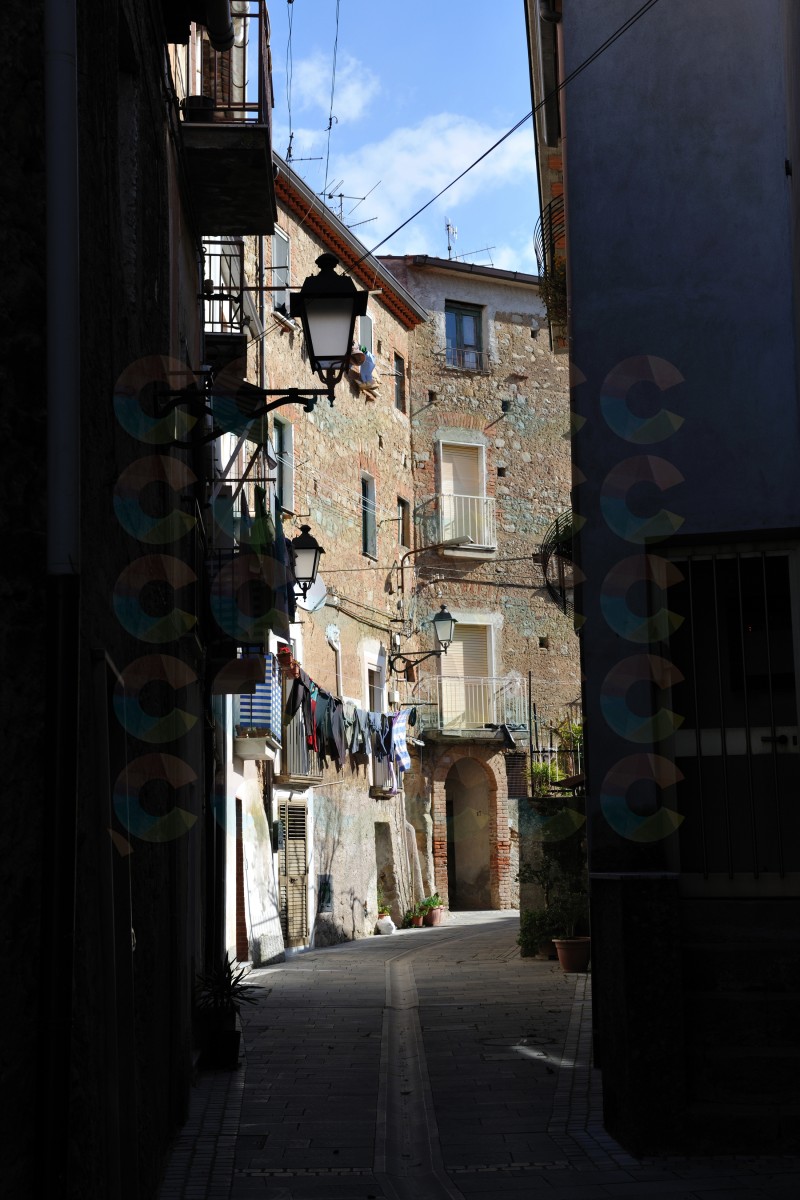 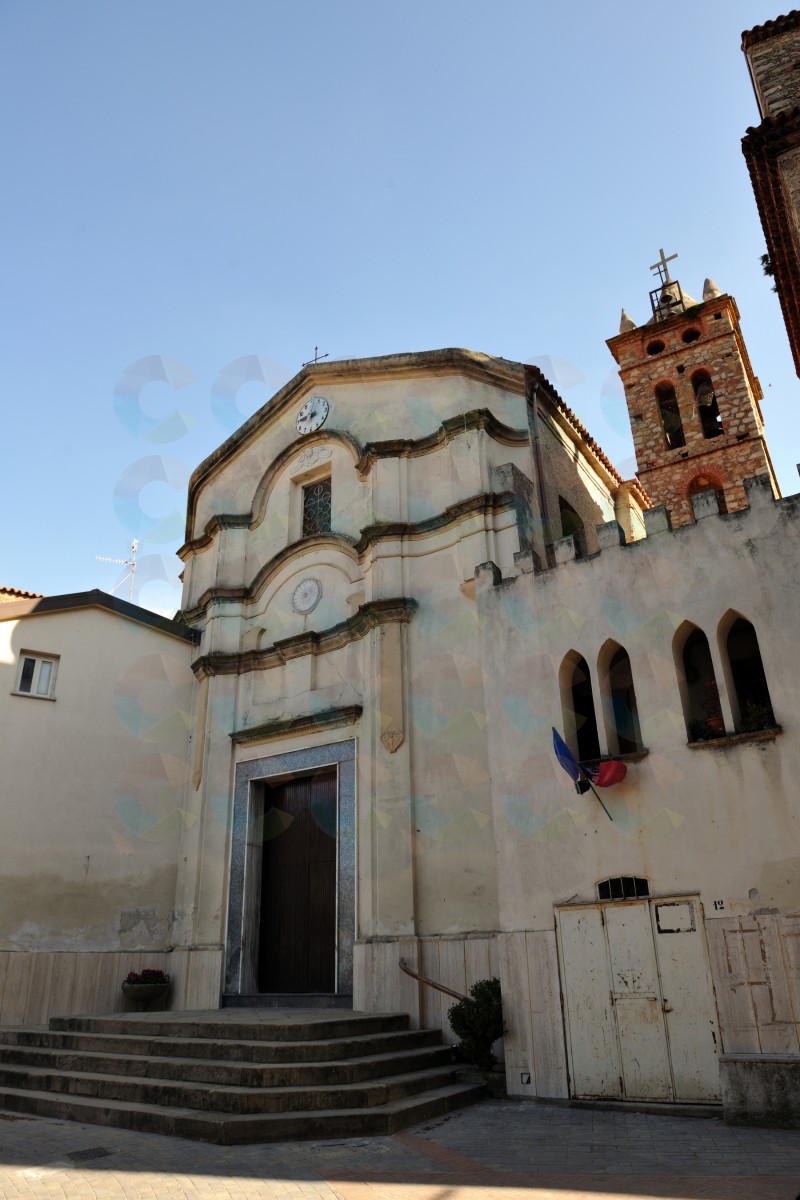 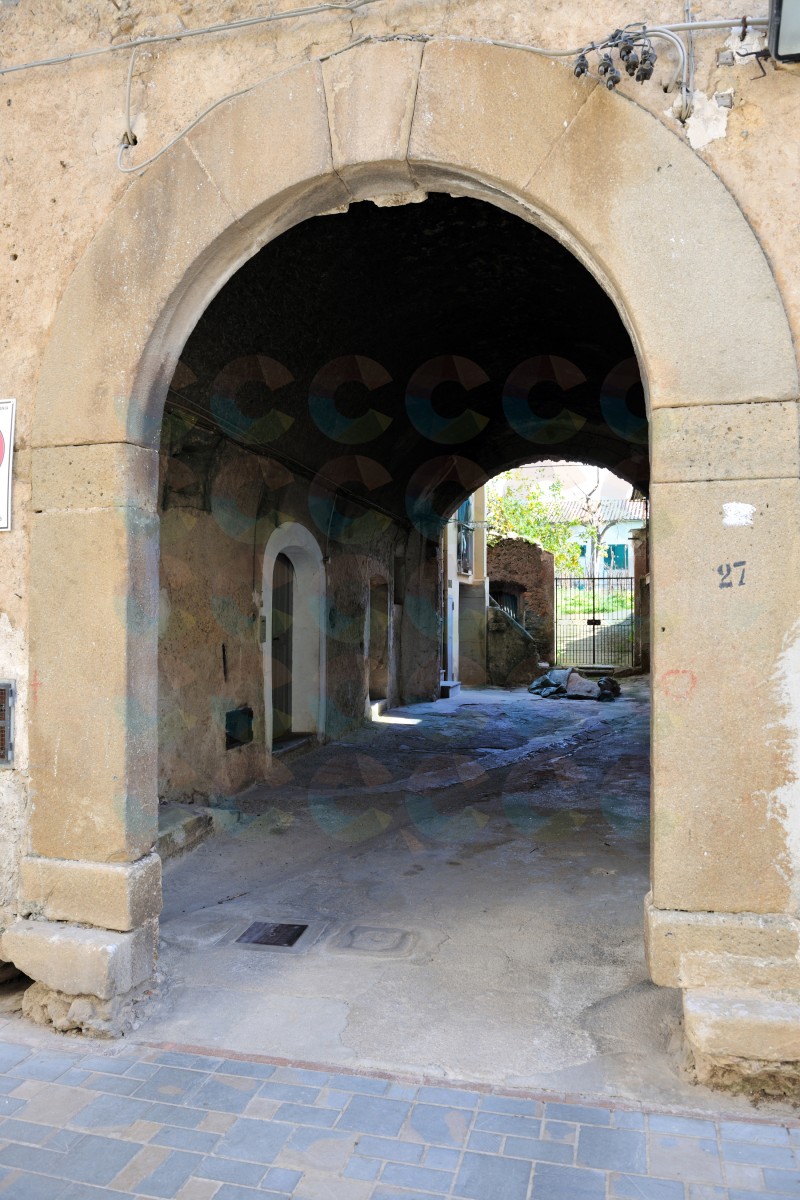 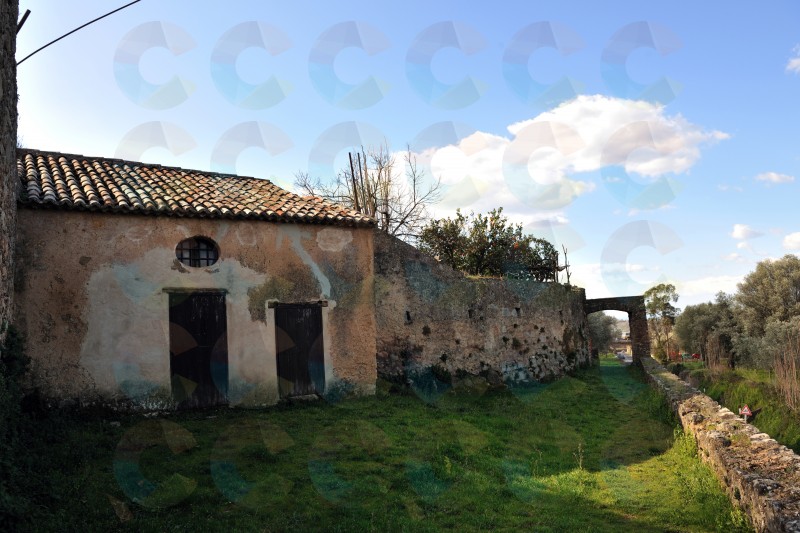 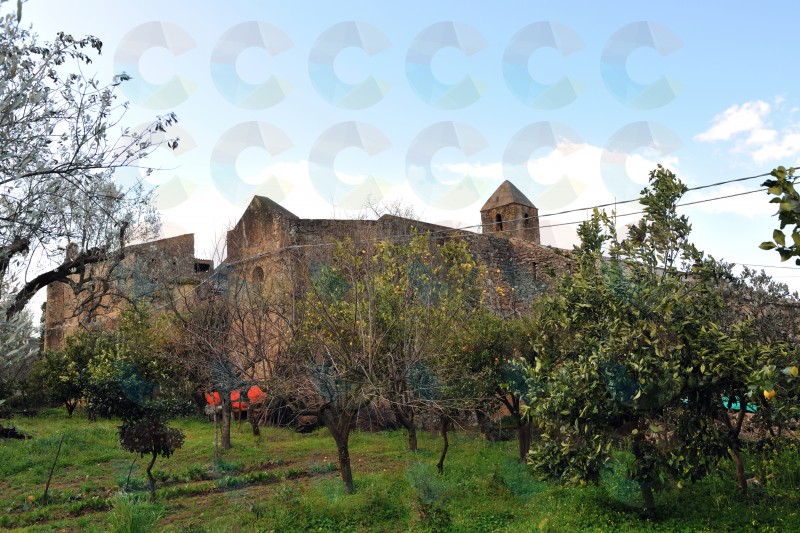 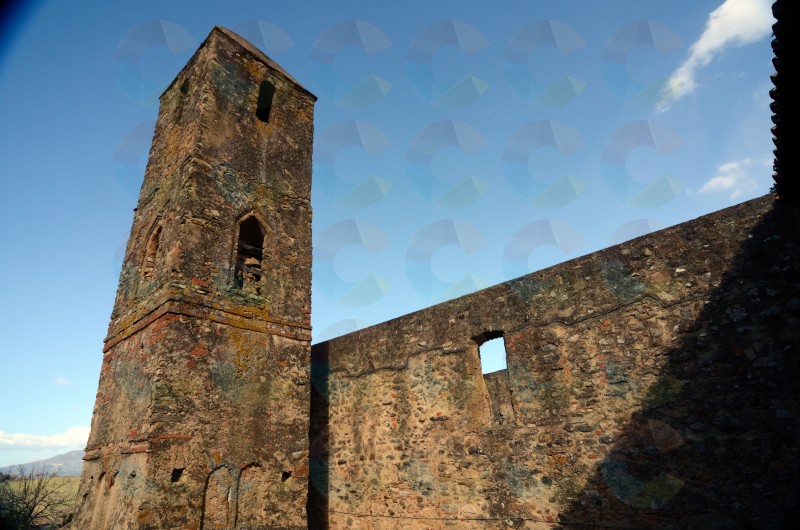 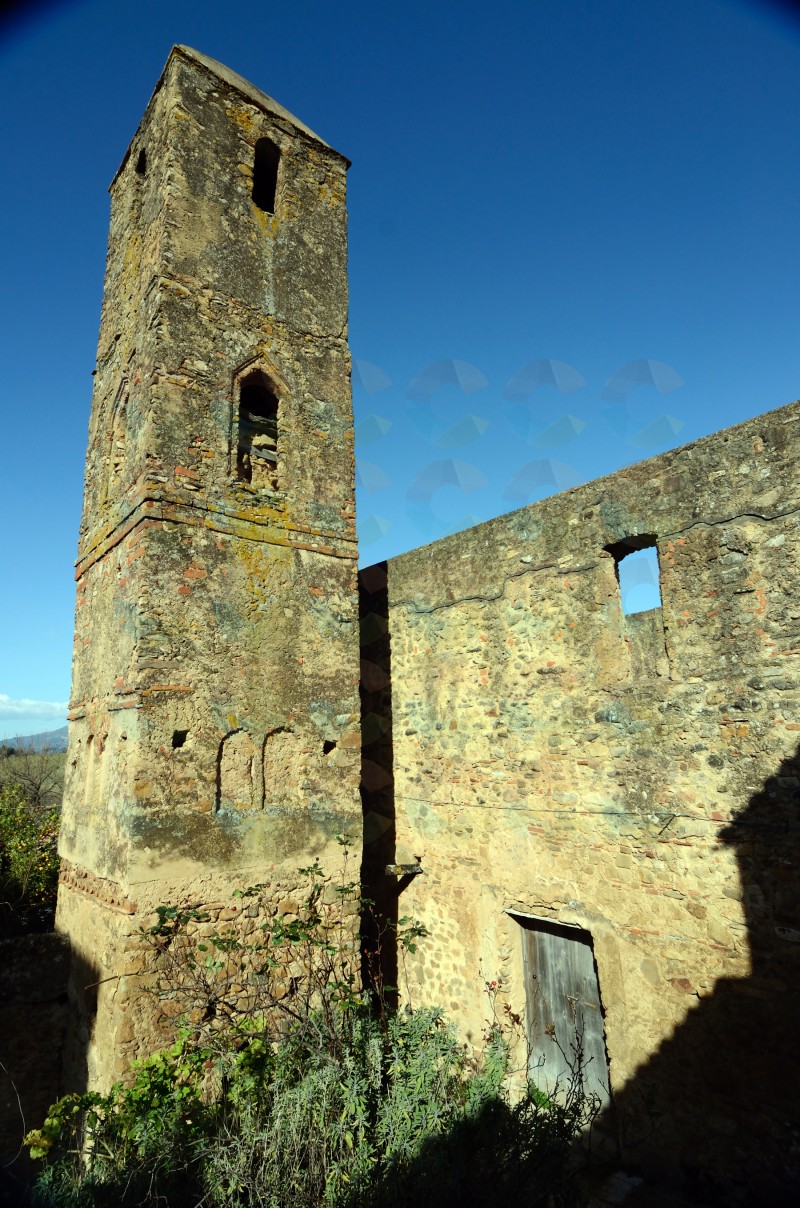 The existence of a church and a monastery in Pattano dedicated toVirgin presenter and Patron (Hodigitria) of Greek monks, is newsin a document of 993 of which Antonini (p. 324) reports a song.A typical pace of demarcation of borders in documents of the timewhich, despite its brevity, support the conclusion that the land, ob-jet contestation of terms between the abbey and some Adolisio,son of Siegfried, had allegedly lap the shores of the river"Qui bocatur Paliscus et descendit de S. de Blasio usque ad pontem Isca.

"The authenticity of the document is proven not only by the existence inarea of ​​Lombard settlements, but also by the fact that the abbey effectstively had property in the place indicated in the document, and precisely the large farms "called Farna and Saliconeta" as is detected by ainventory of land of the abbey.These data, in addition to confirming the existence of a monastery in the area thatalready in the tenth century had a considerable heritage, show a riseeven older than that monastery.

Foundation that reasonablymay coincide with the arrival of the first monks of the East Velia forthe diaspora that followed the iconoclastic fury since 726.And here lies the problem of the first settlement of these monks,that hardly have chosen large terraces on whichthen was elevated to the ancient abbey. Apparently, that is, that the religious Greeks landed inlocations where the Palistro had already put the Badolato (the port of Novidocuments Anjou) had climbed the slight slope between the two riversleaving traces of their passage in monasteries (St. Nicholas) and newsagents, asthat of the "Madonna of nine gates," as others had leftalong the Bruca in other newsagents (see S. Barbara).

Only after the second phase of ascetic monks reached the place called'The abbey, "over today's Pattano.The monastery of Santa Maria is also news in a document from Cava ofthe eleventh century, and precisely of 1034 when Count Raidolfo calledthe hegumen Nikodemo Pattano first to his his court, asarbitrator in a dispute between two Italian-Greek monasteries. Matter to which, as we have seen, betweenAresti the hegumen of the monastery of St. George (on the hill "to the two rivers"near Acquavella) and the abbot of St. Mary Brancati 'de Terricello» (S. Maria ad Nives).The tranquility and the work that the monks assured the families,that initially had gathered around the monastery, led otherto join it.

After the most acute phase of the barbarian raids, three families were organized in the south of the monastery, in a location (todayinhabited) that is difficult to determine whether or not existed before the arrival of thosemonks. However it is certain that the houses were soon living ofCompanies of believers not only from the surrounding villages moved on a pilgrimage to St. Mary, as confirmed by the existence of two hospices (hospitali), one dependent on the bishop of Capaccio, other on that of Policastro, where the rite greek was particularly felt. Sick and devotees flocked from everywhere to Pattano to venerate thesacred remains of St. Philadelphus, one of the first egùmeni abbey, known substancially for his charity.The monastery had acquired over time significant bequests, donations,purchases which had given a good level of ownership, so,that the monks were able to build on the hill Buonoreparo another monastery for their summer holidays and which now remained onlyruins.

Rocchi gives us news of a certain James, monk of Pattano,called by Urban V in Grottaferrata in 1368 and elevated to the throne ofS. Nile.After the closure of the convent, the abbey with all his property wasthen given commendation by John Paul II of Aragon, son of KingFerrante, then promoted to cardinal. From these the commendation passed to GiovanBattista Petrucci, son of the prime minister of the king and archbishop of Taranto. And the latter was responsible for the introduction of the cult in Pattano of the patron of Taranto, S. Cataldo, who was raised a chapelthen dedicated to the Virgin of the Rosary in memory of the victory of Lepanto.

Even today S. Cataldo is the patron of the village.In 1489 the new abbot, bastard son ofKing Ferrante (with his decree had declared the abbey of royal patronage),was refused by the "notary Guglielmo de Canosa de Camerota. In 1497 the local agentto recover the duties seized some sailors, instructed by D. Alfonso transport from the port of Novi in Naples of the commodities producedin the land of his commendation «for its use and his house», sails and otherobjects, for refusing to pay the duty.

A D. Alfonso followed, as commendatory abbot of St. Mary (a.1499) Paul G. Carrafa, in 1506 and in 1542 Giovan Luise Carrafa Gio-vanni Carrafa. In 1575 was abbot Cardinal Filippo Buoncompagni and in 1582 the cardinal of S. Sisto. The passage of the law by CarrafaPignatelli is documented in the epigraph donated by Gaetano Pignatelli in 1609 to the abbeyDead Msgr. Pignatelli (1647), received the commendation of the abbeyAbbot Antonio Troncone of Pellare who had applied to Pope Innocent X. In 1648, however, it seems that the vicar general of the abbey, prothonotary apostolic Donato Antonio Positano Novi, considering that the bishop of Capaccio not had any jurisdictionthe abbey, appealed to Rome.

But the Holy See forbade him under pain of centralSura and a fine of one thousand ducats, to sue the bishop of Ca-paccio.As far as the hamlets of Pattano, it should be remembered that in 1561Ettore Pignatelli had sold them, with redemption and three thousand dur-ed to the family of Julia Capano. In early dell'700 was baronfarmhouse G . Baptist Lettieri of Vallo. The successor of G. Battista was Filippo and thenJerome who was also Baron of Orria and after Paul Lettieri, who in 1762 appointed the Sylvester Amato of St. Barbara Governor Pattano.

Antonini says that "continuing against the river,which flows eastward from Castelnuovo, is found Pattano, which already almostuninhabited today starts to repopulate. Born in this territorywine so good, and generous, that is the envy of the best in Italy. Was herea great Abbey of PP. Basilian, today reduced Commandery, to which belongtake the convicini land, and oak woods."