Bosco. Autonomous University until his removal from the list of common in 1828. On its ruins, arose the village of Villa S. Peter, then again Bosco, a hamlet of San Giovanni a Piro (km. 5). From Salerno Km. 145 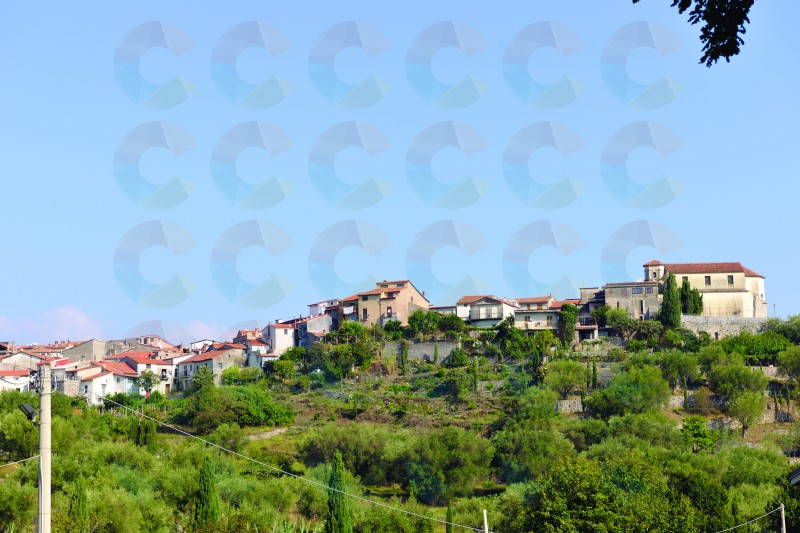 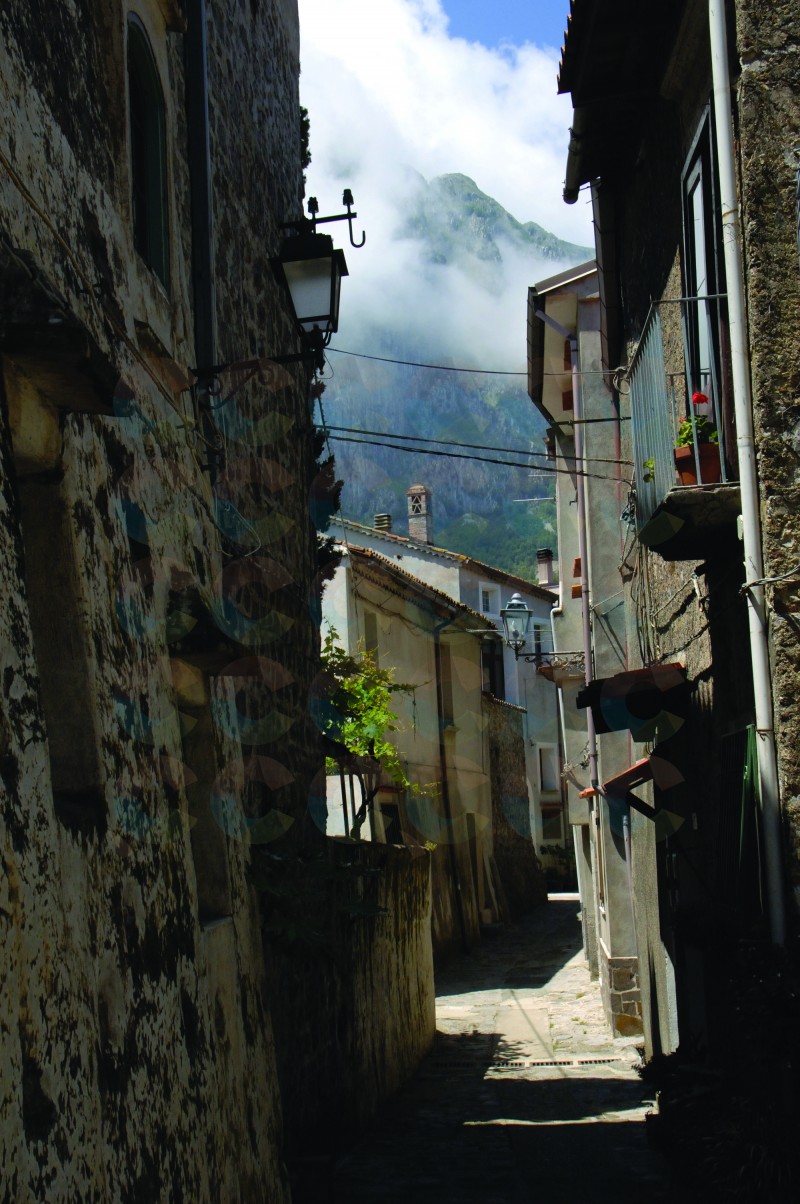 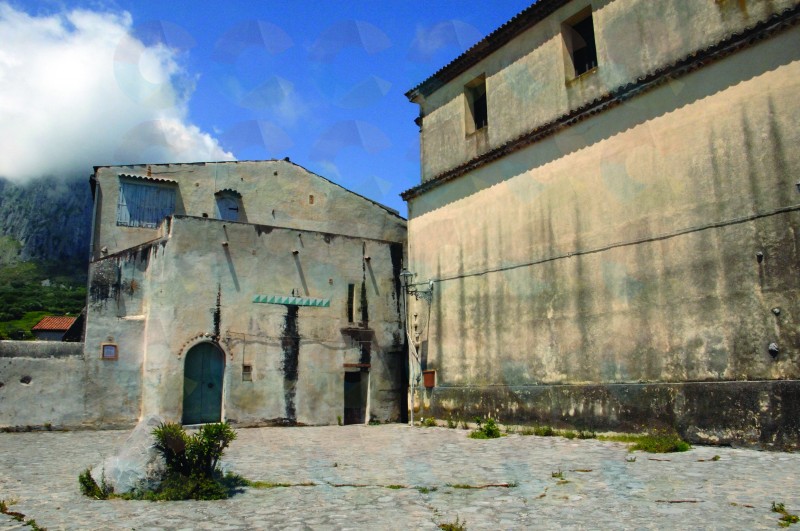 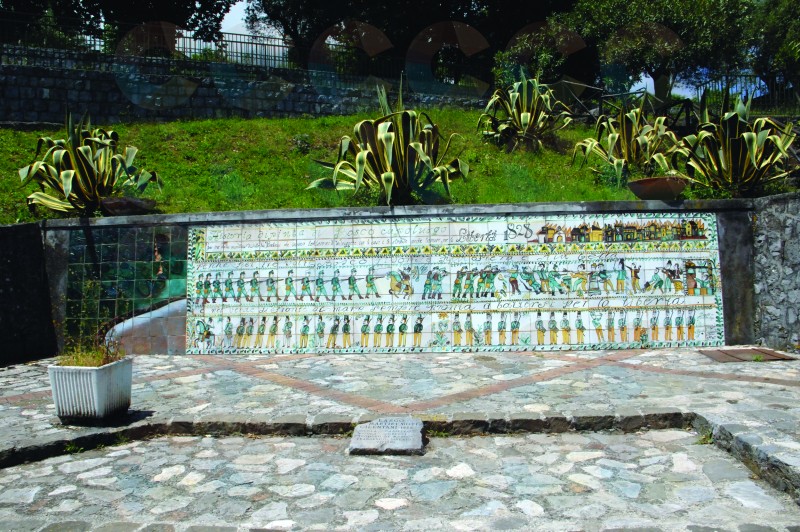 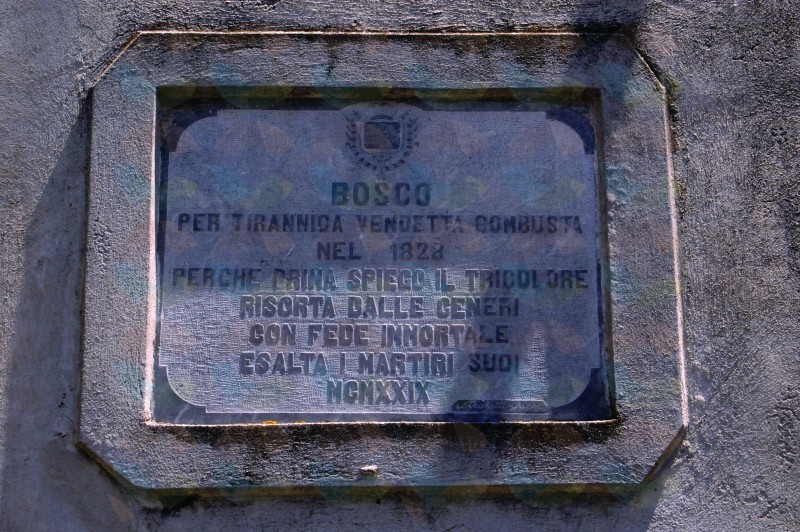 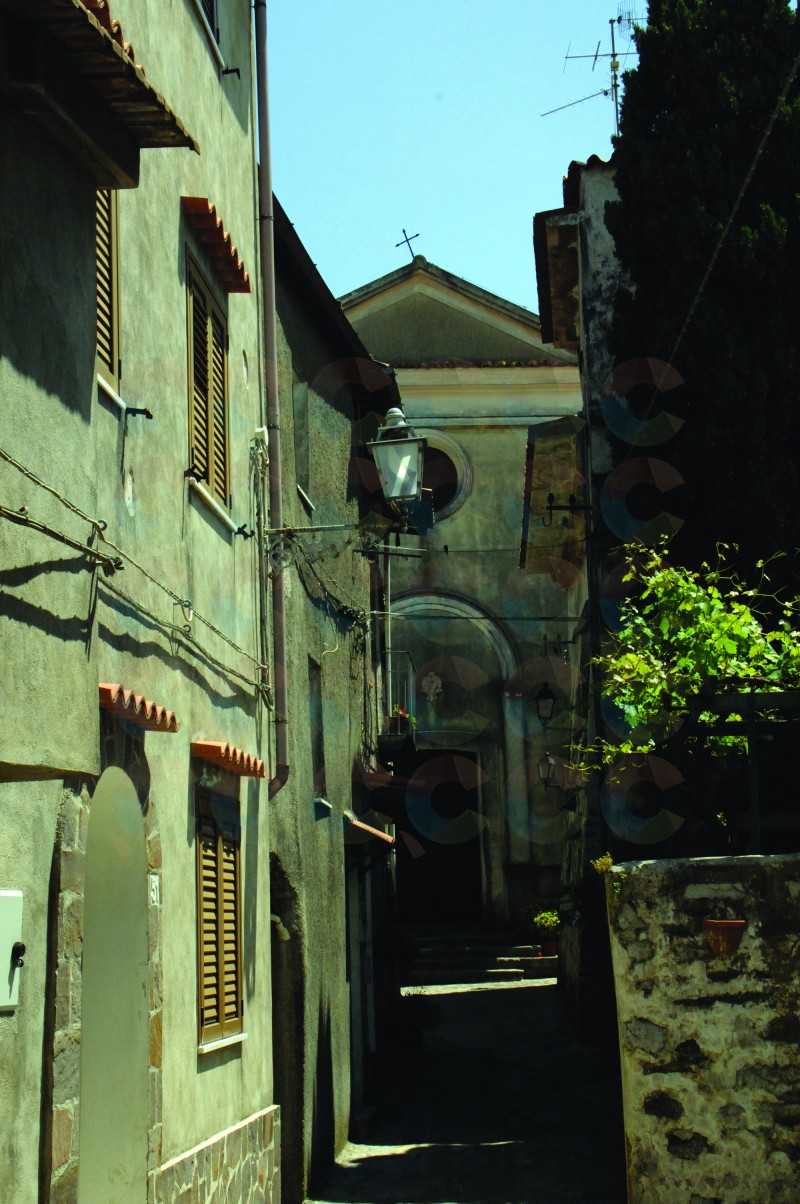 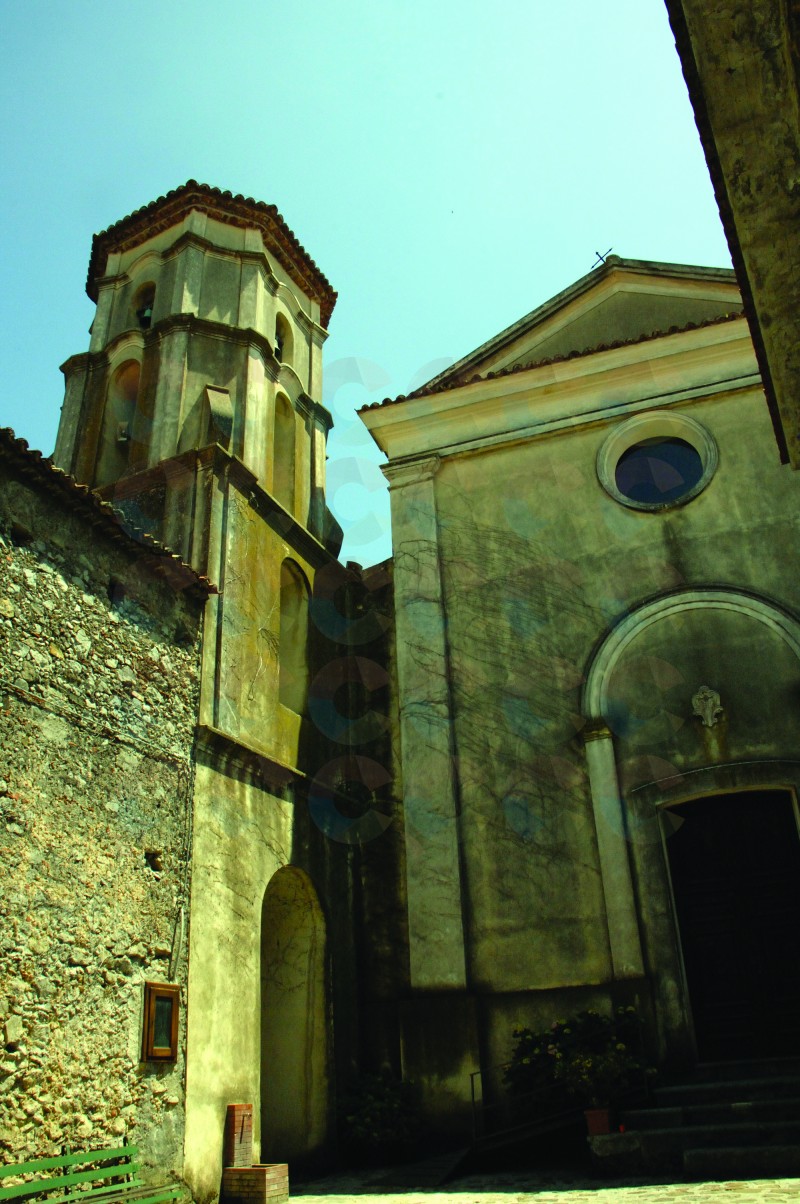 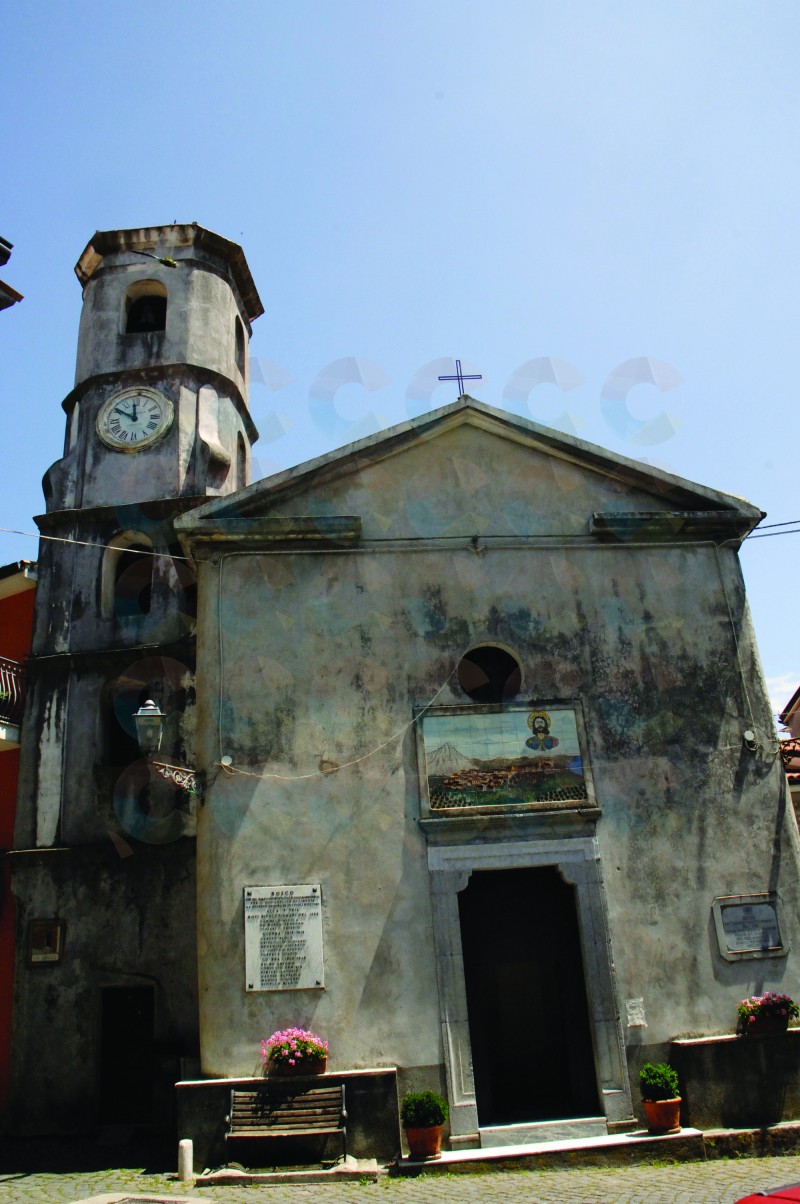 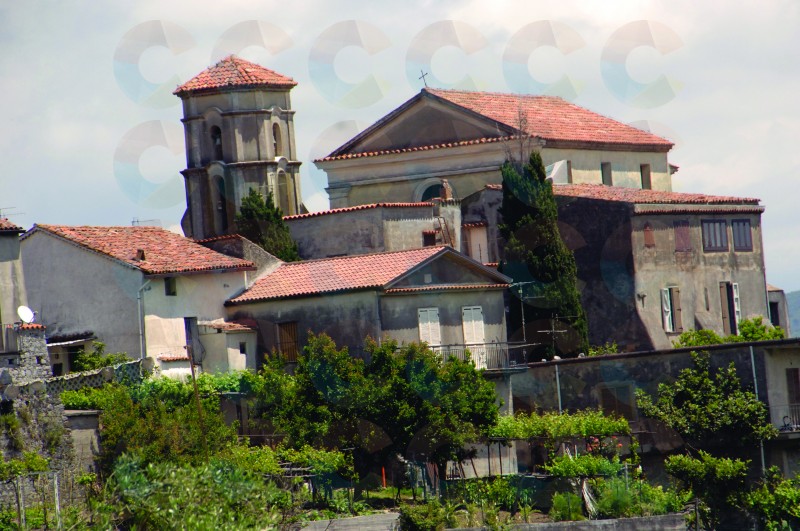 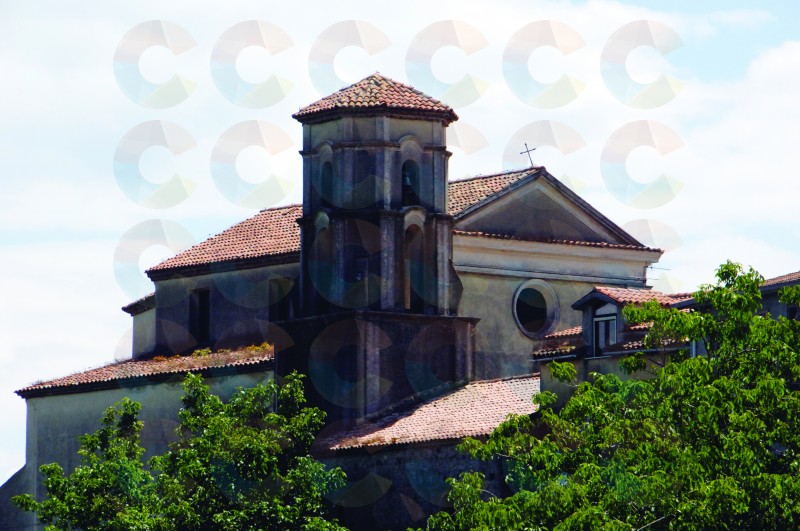 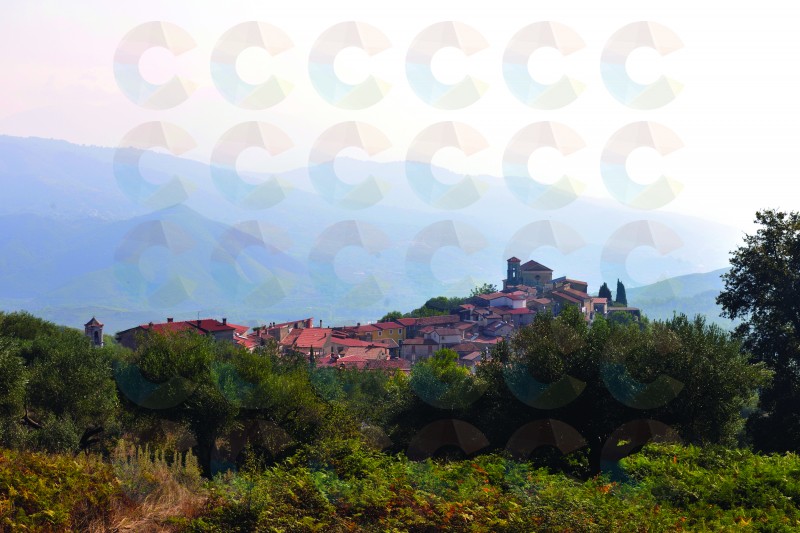 Bosco, whose name is certainly medieval. The village wasadjacent to the abbey of St. Nicholas, with that of St. Peter's Licusati,nullius dioecesis until 1850.

Poor therefore the news on the villageuntil 1828, when it rose to the attention of the United because del Carretto, with the sovereign powers of '' alter ego)), orderedthe bombing shaving it to the ground, having judged «nurseries of thieves », of the rioters of 1828.

News that there were also onabbey of which was only in Ughelli that said it united to Chap-ter of the Vatican Basilica of St. Peter.In the early '600, the abbey of St. Nicholas of Bosco was always subject toChapter and to the canons of St. Peter's Church in Rome.

In addition to Administration Roman Chapter exercised first spiritual jurisdictionby a Vicar employee from a controller residentin Naples. Among the vicars Lorenso Baldi from Roccagloriosa, of which we learn from the Luccia.

It is noted from the audience that the abbey of St. Peter from Licusati had disposed of some of its assets, already listed on the inventory of 1480, giving it to the priests of the local abbey of St. Nicholas, which were«Immediate subbietti» to that «Abbatia et esempti» by Jurisdictionof the episcopate of Policastro».

These priests were required topay to the abbey of St. Peter the annual «subventione 'a tan infeast of St. Peter, the day fixed for the payment of censusand for the payment of eight tomoli wheat and two of barley.Of «bona Stabilia et demanialia» of the abbey have survivedsome news. The abbey wasproprietress also of some goods in the possession of the church of St. Mary in Policastro, but more interesting is the list of goods listed inaltarpiece of 1480 and denounced during the reconnaissance of the1613 it was extended six tomoli eight assets, including anyinterested could ask first concession.It should be remembered that in 1496 King Ferdinand, the degree of competitionsale of the county of Policastro John Carrafa, lists amongfiefs granted « casalia videlicet sancti Joanne ad pirum et Boschi ac Turris et Alphani » with jurisdictions like owned bythe prime minister of King Ferrante Antonello de Petruciis, then beheaded for treason.

The village of Bosco, like that of S. Giovanni a Piro, was looted and burned by the pirate Dragutin 1532. In the '600 the spiritual jurisdiction of Bosco was usurpedby the bishops of Policastro, while the civilian was usurped by Car-rafa Policastro. These seem to continue to possess the legaldiction of criminal village in '700, Gitistiniani ensures was possessed by the Roman Chapter of St. Peter, the Baron of thatplace.As is known, the village was bombed and destroyed by orderMarshal Del Carretto who had called «seekers de 'Thieves»,during the revolt of 1828. On the ashes of the village was shedsalt, after the shooting of 20 people, including the pastor nonagenarian.

Not content with that, with his decree, Francis wiped the name of the village from the list of common «and his «tenimento» wasaggregated to that of the neighboring municipality of San Giovanni a Piro».

The inhabitants rebuilt the village and called it Villa St. Peter,later still Bosco.Giustiniani says that in 1669 it had the Count of Policastro,while at the end of '700 still belonged to the chapter of St. Peter Rome, with the title of barony and with the civil and criminal jurisdiction.

From 7th to 10th may and on 6th december