Aquaro, Aquarium, Acquaro. Coming from "water". Autonomous university up to elevation of municipality. From Salerno Km. 66. 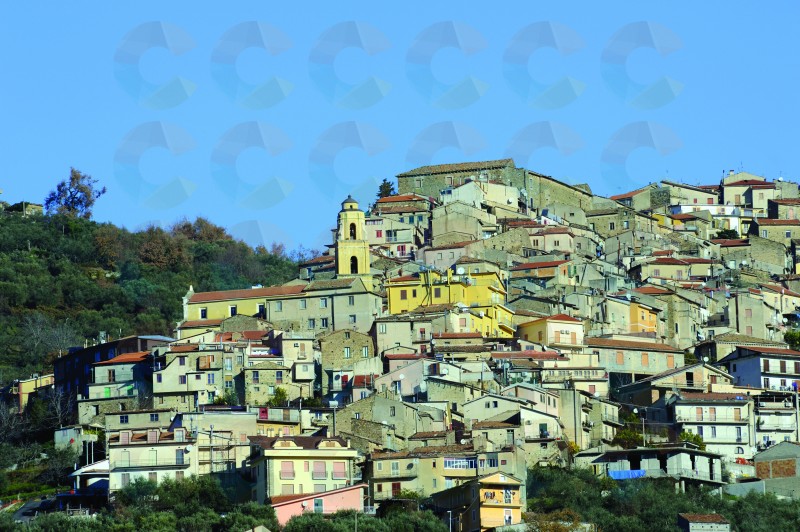 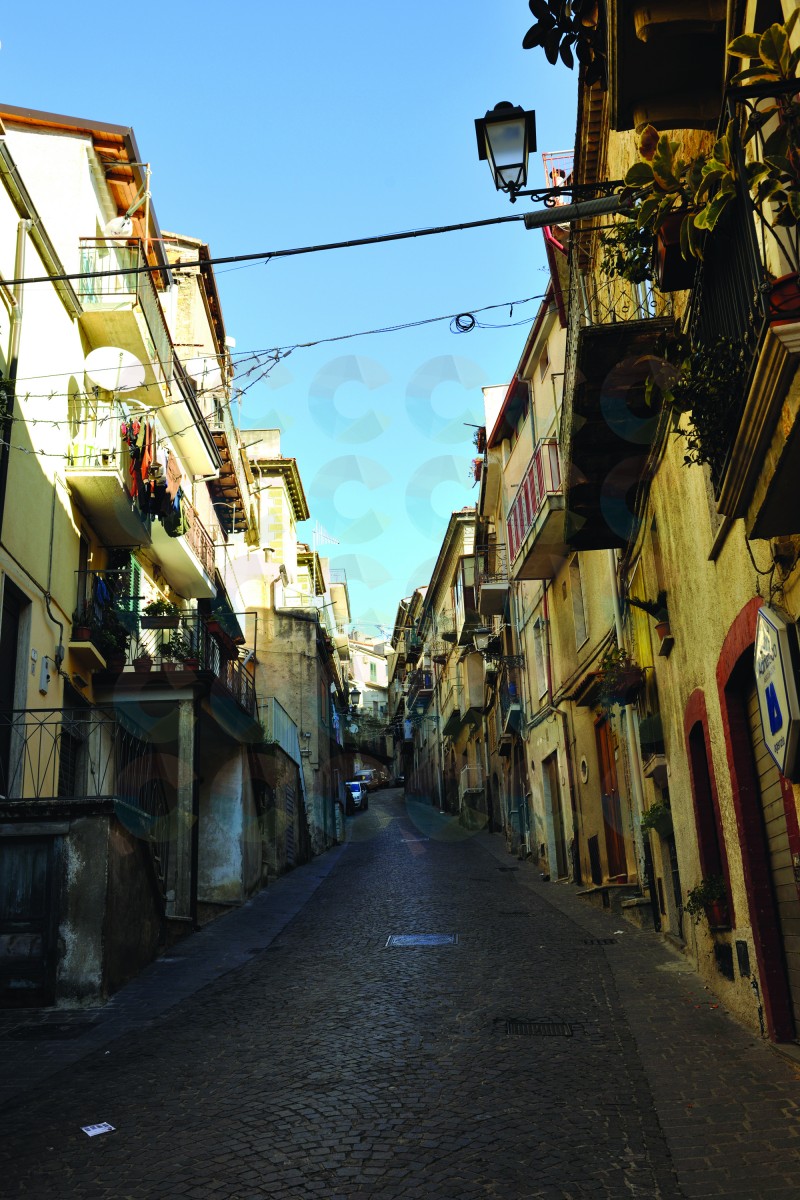 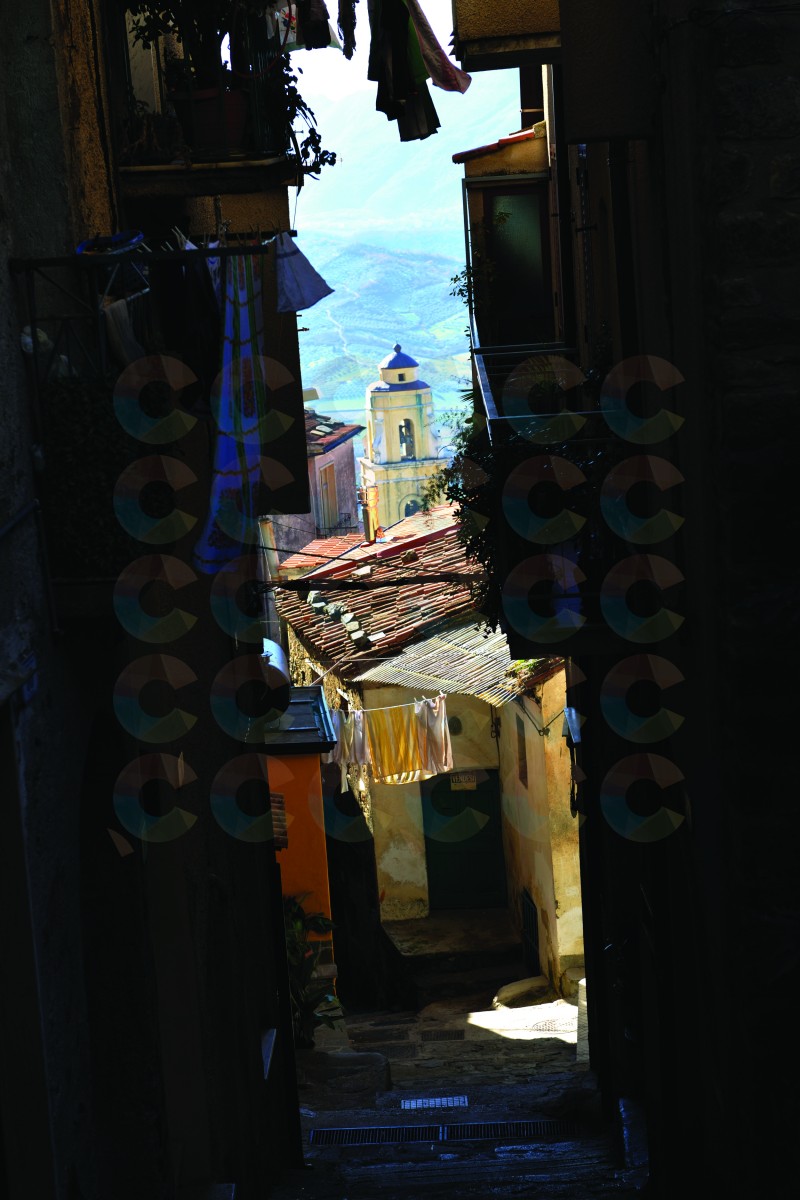 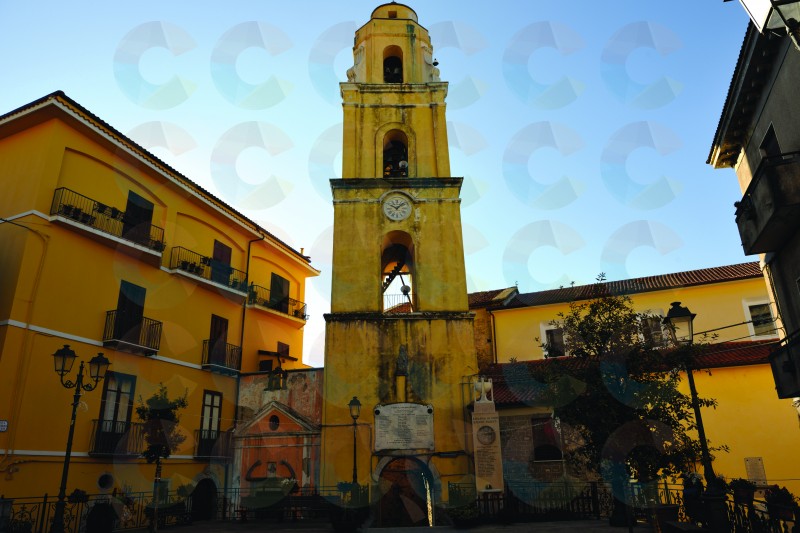 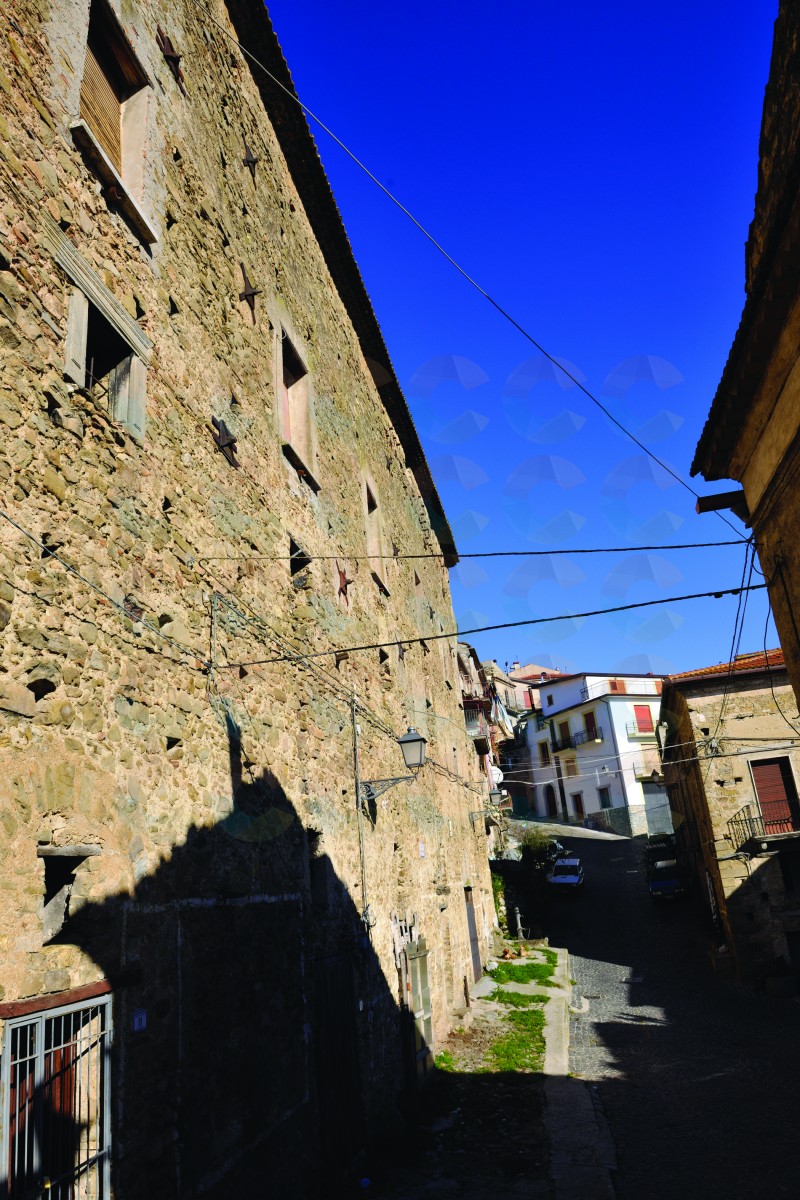 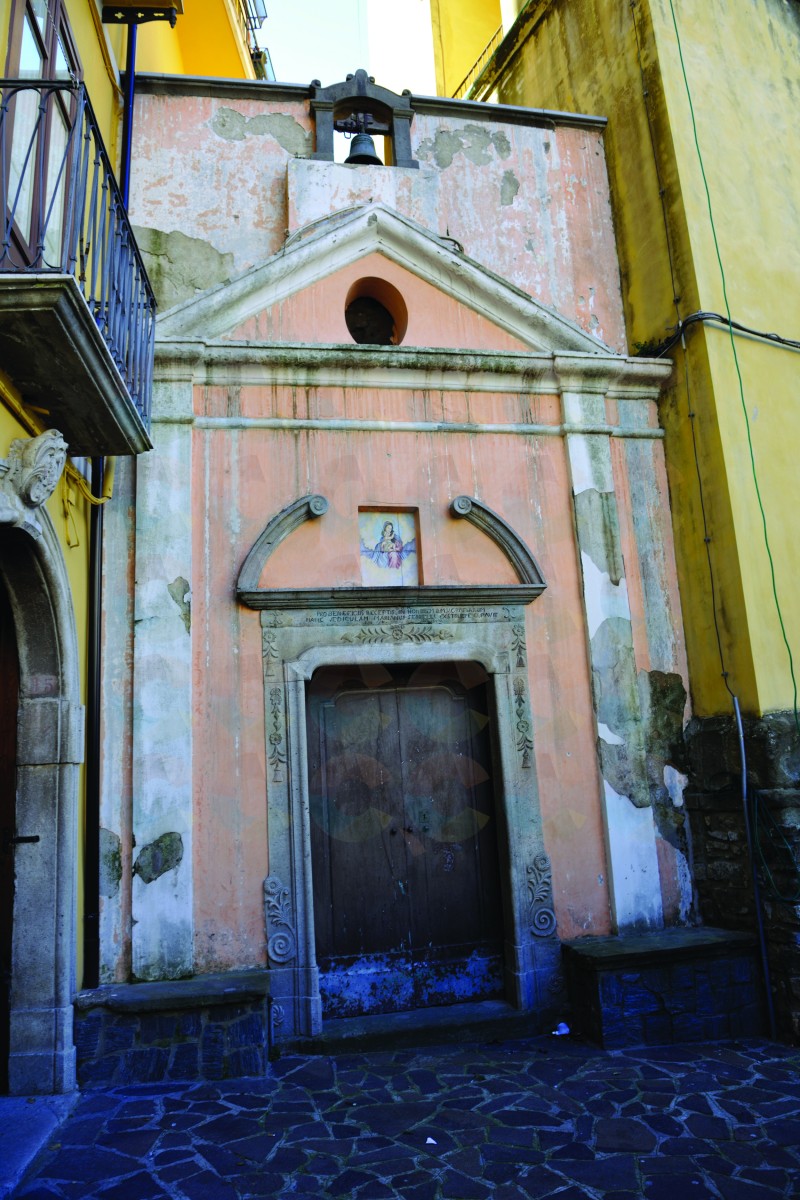 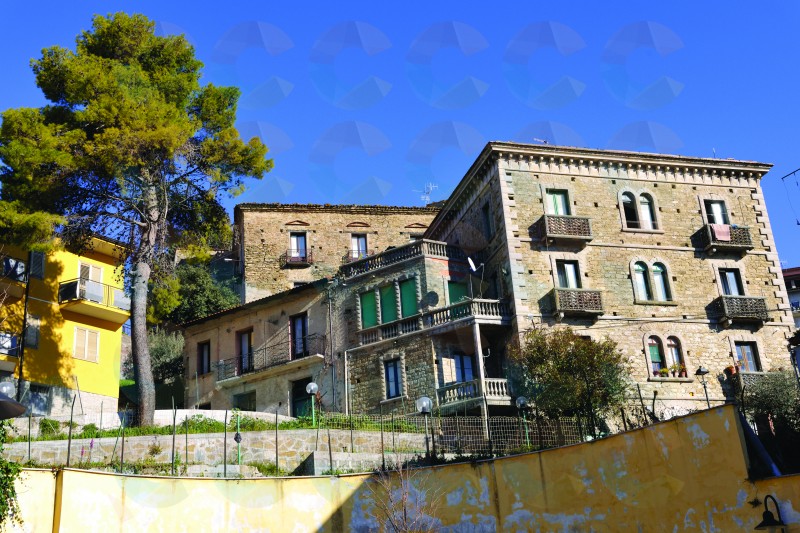 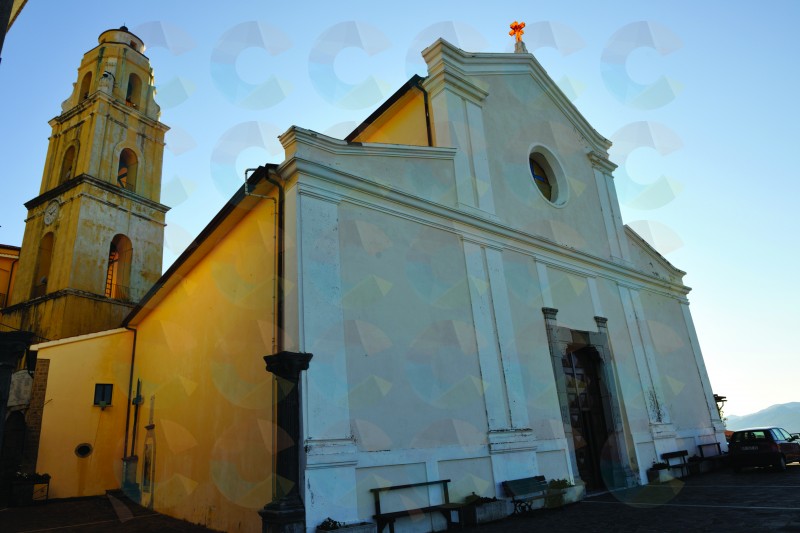 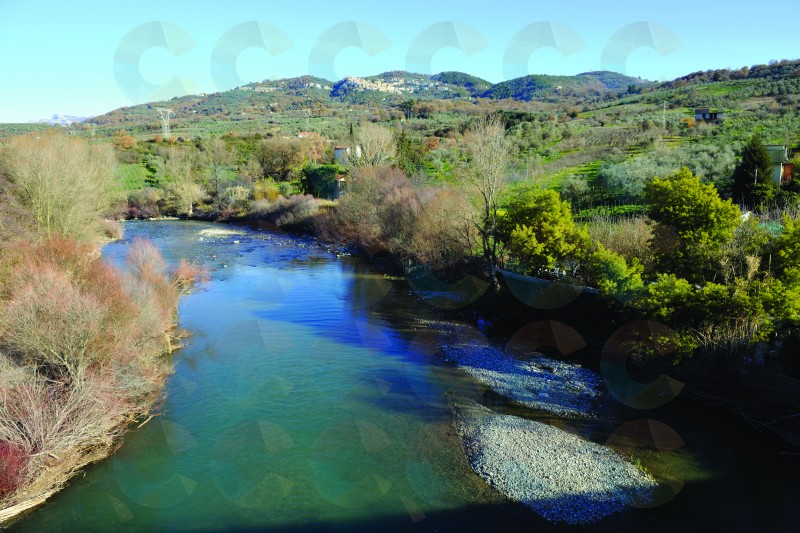 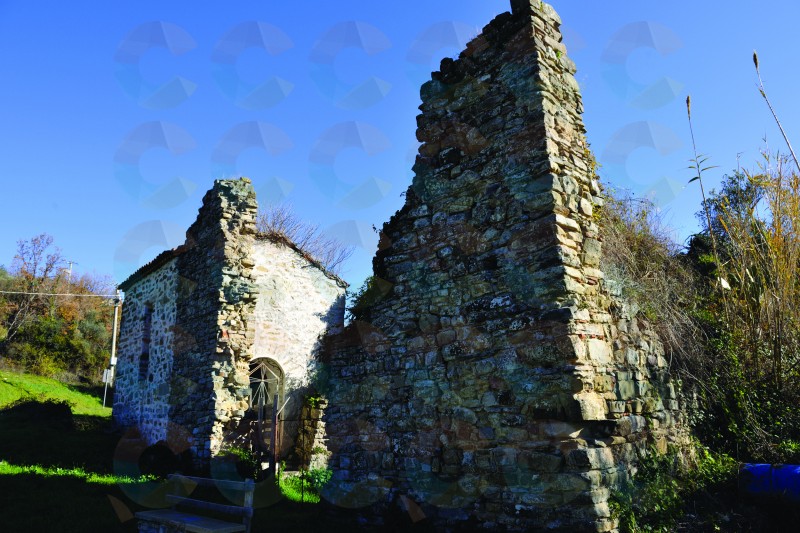 To Guglielmo followed his child Tancredi that had only two daughters, Alexandrine and Filippa. The first one brought in dowry barony of Postiglione, with Aquara, etc., to Pandolfo of Fasanella that got it « maritale nomine»; the second one, Filippa, brought instead in dowry to Francis Riccardo of Fasanella the divisible barony of Cornito (Corleto), Albanella etc..., as I have said both were stripped of their goods by Fred II, to have taken part to the conspiracy of Capaccio and some destroyed dependent hamlets (Fasanella Aquara, etc.).

The feud of Aquara was assigned then by king Manfredi to Giovanni, gentleman of Procida, feud then summoned to the king revenue Charles I. In the trial of it reinstates some goods for Pandolfo, ordered by this king, Aquara is signalled for the value of 20 ounces with 102 families. From the angevin Registers results the hiding of a fire, for which the order of recovery of taros seven and a half. Pandolfo died without issue, for which the barony returned to the crown. The king, invested then some feud of Aquara, with the baronies of Laurino, Magliano, Gioi and other feuds, the family Mastrogiudice of Sorrento.

It seems then that the feud of Aquara had passed to Nicolò Scipione and then to Giovanni Cioffi, noble of Salerno. From this last family it passed to the son of king Carlo II, Raimondo Berengario, which gave Aquaro and Corneto to his father that invested the militiaman Rainaldo Clignetti.

The feud of Aquara made in that time 36 ounces and Corneto 24, for which the obligation of three militiamen, included the same vassal, with reserve of the criminal causes that could implicate mutilations, exile and great punishments (8 April 1305). On February 22 1433 king Alfonso invested of the county of Capaccio Amerigo Sanseverino, which was also gentleman of Aquara.

It is not known which of the Sanseverinos, count of Capaccio, granted the annual fair as it was read in the stage of the goods of the abbey of S. Pietro. In 1462 was compiled statutes of which De Stefano speaks. The Sanseverinos still possessed Aquara in 1487, when they were stripped from there for having participated in the note conspiracy against king Ferrante. Aquara was still administered by the crown in the 1498. In 1512 the feud resulted in possession of Giulio de Scorciati, declared then rebellious to have followed the last of the Aragonese sovereigns.

According to the suggestion of the big captain Gonzalo de Cordoba then servant came (17 December 1504) count of Miglionico and gentleman of Aquara from the Catholic king, Ettore Fieramosca of Capua, count of Alessano and Ottaiano, the famous head of the 13 of the challenge of the 1503. Rebellious, it is not known why, lost all of their goods that were returned then to him. His brother Guidone (Vidone) Fieramosca happened to count of Mignano. From a supplication to the Catholic king of 1523 it results that Guidone had sold the feud of Aquara, with pact of repurchases, to some people that sold it to the noble Pietro Comite with identical pact. Since he harried the population, they asked for the king to invite the good Vidone to repurchase the feud and, if nothing else, to resell it to the university.

To Pietro Comite happened his child Matteo (1536) that continued in the fatherly oppressive systems. University resorted to the SRC in the 1569. To Matteo happened his child Pietrantonio, which revenges Aquara to Simone Piatto of Salerno, «portolano» of principality of Basilicata that possessed the feud in the 1577.

To Simone happened in the 1580 Giannandrea that married Beatrice De Ruggiero.The population, oppressed also from him, was forced to resort in the 1581. But the year after the vassal revenges Aquara to Fabrizio Spinelli, first-born of the prince of Oliveto and marquis of Vico. April 1 st 1598 the baron got on the feud the title of duke. His child Troiano happened to him (27 April 1607), according to duke of Aquara, that in the 1617 asked of tender Aquara as reserved room, getting the privilege of it from the viceroy duke of Ossuna. In Aquara they were in that times two rustic feuds, one of the family Maglio and the other (Rozzoliti) of the family Freda of Castelluccia.

There was, besides, a noble feud, the village of Cosentini, of the family Forziati, of which the adoa was paid to the ducal curia. Third duke of Aquara Joseph Spinelli, first-born of Troiano, which was also gentleman of Pantoliano. University was upset in the possession of its jurisdictions by the duke that summoned her to its Curia. The first-born of Joseph meanwhile dead before of his father (19 June 1694). In December 2 nd 1701 happened to him his nephew, represented by his mother Chiara Carafa because too small. After the death then of Victoria Carafa, duchess of Laurino, followed to the dukedom of Laurino his nephew Joseph.

The title remained also to the Spinellis after the university of Laurino placed side by side him from the burden of the feudality. Joseph died inDecember 15 th 1764 and his child Troiano happened to him, duke of Aquara and Laurino, that takings possession of the feud 22 December of the same year. Died the duke Troiano (1st September 1777), Vincent Spinelli happened to him (10 June 1780), as the Cedolario informs. To the feuds of Aquara and Laurino, with title of duke, and of the dominions of Castelluccia and Fornielli, the lands of soprano Piaggine and underskirts were also added up to the abolition of the feudality.

Our Lady of Plan

Festival of Artisan flour and Aquara Excellence from 19 to 21 july and from 03 august to 02 september every friday, saturday and sunday

Feast of scazzatiello of Aquara